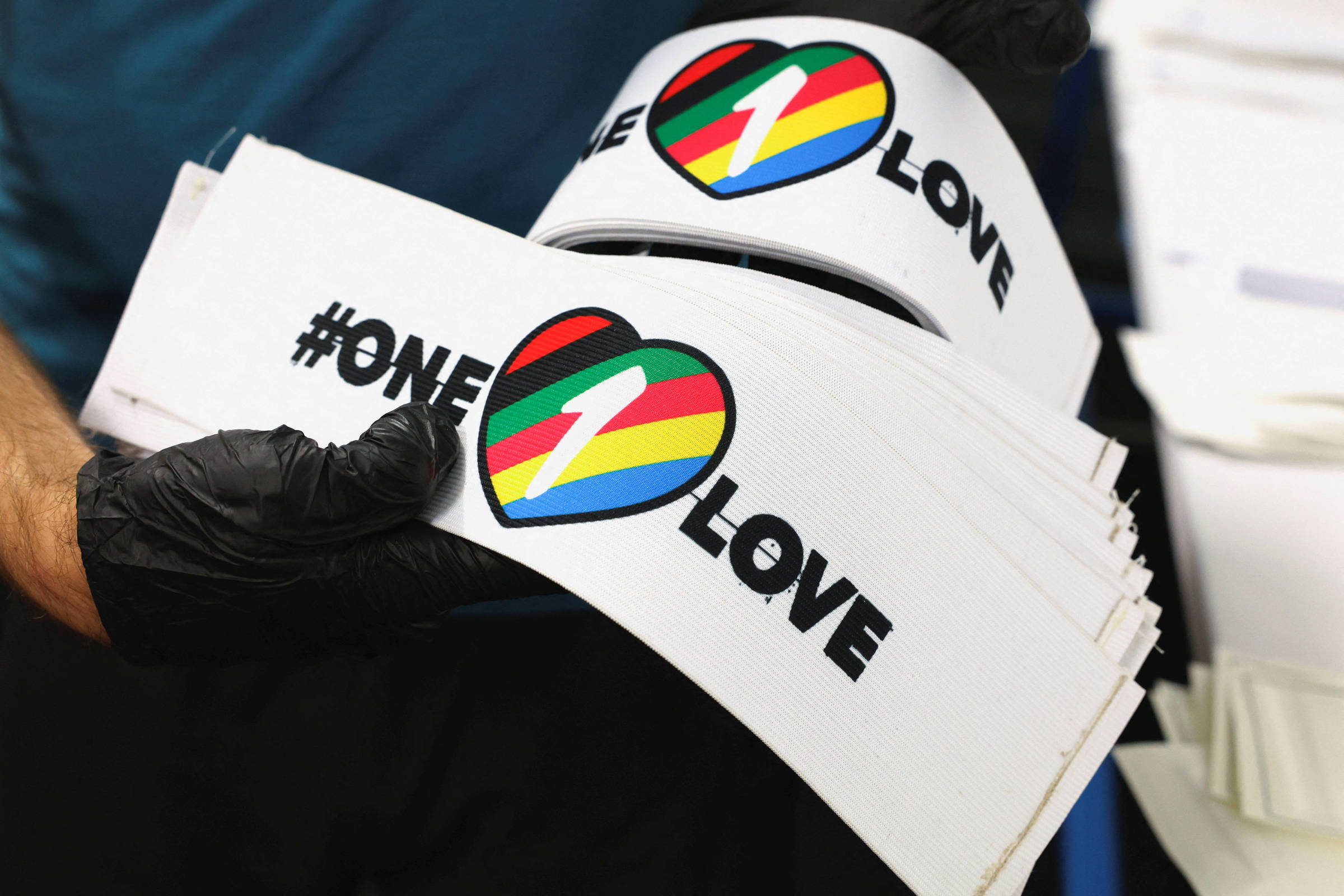 The ‘One Love’ armbands were originally launched in 2020 as part of a diversity campaign by the Royal Netherlands Football Association against discrimination against race, colour, sexual orientation, culture, faith, nationality, gender, age and “all other forms of discrimination”.

Its design consists of a flag of colored bands in the shape of a heart, with a number 1 in the center, accompanied by the text “One Love” on both sides and “football connects” written below.

The seven captains of the European teams decided to wear them during World Cup matches in protest against the laws against homosexuality in force in Qatar.

However, the seven teams (England, Wales, Belgium, Denmark, Germany, Holland and Switzerland) withdrew from the demonstration after threats from Fifa to punish players who used it on the pitch with a yellow card.

According to football’s governing body, team uniforms cannot carry political, religious or personal messages, or images. FIFA also determined that captains only use official armbands, provided by the entity.

On Wednesday (23), the German team protested against FIFA in the photo taken before the match. The eleven team starters posed with their right hand over their mouth, in a gesture that refers to censorship.

“With our captain’s armband, we wanted to set an example for the values ​​we live by in the national team: diversity and mutual respect. This is not a political message: human rights are not negotiable”, said the German federation in a note on the networks social.

In the note, the selection states that the decision to bar the armband was like “banning our mouths. Our stance remains”.

Belgium was also banned from wearing a T-shirt with the inscription “Love” (“Love” in English). That shirt, mostly white, but with bits in the different colors of the rainbow.

Faced with the controversy, the Danish Football Federation said it is studying whether to disaffiliate from FIFA.

The USA national team adorned their training center with their rainbow shield. In a similar act, Wales put up a rainbow corner flag at their training ground. In the match between the two teams, on Monday (21), hats of fans with the colors of the rainbow were barred at the entrance.

World Cup organizers, however, have repeatedly said that everyone, no matter their sexual orientation or background, is welcome during the tournament.

During the opening ceremony, the Qatari emir gave a speech praising diversity despite the country’s policies violating the rights of LGBTQIA+ people.

Less than two weeks before the finals, however, Khalid Salman, an ambassador for the World Cup in Qatar and a former national team player, defined homosexuality as “mental damage” to German broadcaster ZDF.

Facebook
Twitter
Pinterest
WhatsApp
Previous article
Rolling Stones: Photos – documentary from the legendary group’s 1972 tour
Next article
The investigation of the Economic Police is proceeding in all the structures of the Ark of the World – Raid on Aipos Chios