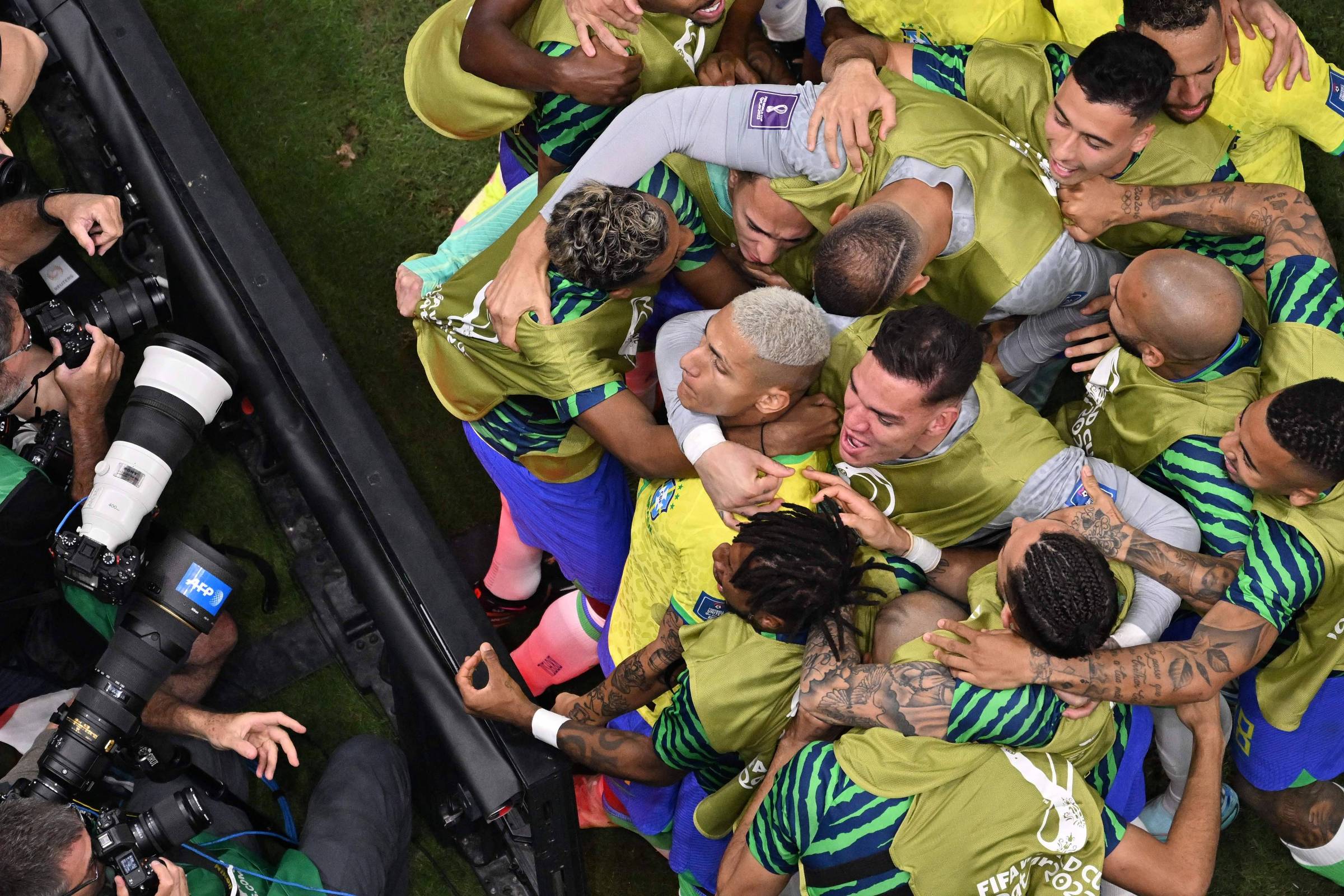 When the ball went up in the air at 28 of the second half, Richarlison already knew what to do and started to adjust his body. Tenths of a second later, he would star in the most beautiful goal ever scored by the Brazilian national team in a World Cup debut.

The striker hit a volley 11 minutes after opening the scoring in a bid of opportunism, taking advantage of a rebound in the area. Because of him, Brazil defeated Serbia by 2-0 this Thursday (24th), at the Lusail stadium, in Qatar.

From the moment that the number 9 put Brazil ahead on the scoreboard, a complicated match turned into a massacre. It served to contradict recent history.

The victory in Lusail prevented Brazil from equaling the negative record of 1978, when it reached two consecutive World Cup debuts without winning.

The South American team created all the few danger plays in the first half. But they were so sparse and none clear. The green and yellow crowd, which started excited, withered after 30 minutes. Despite attempts to act at speed on the wings, with Vinicius Junior and Raphinha, it was with low passes from Thiago Silva and Casemiro, through the Serbian marking system, that Tite’s team managed to enter the area.

The difficulty of creating happened despite the coach having made a more offensive option. Lucas Paquetá was chosen in midfield instead of Fred. The Manchester United midfielder also knows how to leave for the game and attack, but the West Ham player (both from England) has more attack characteristics.

The Europeans’ plan was to manage, somehow, to get the ball to Tadic, the most skilful midfielder. His function would be to cross with Mitrovic, strong in the aerial game. This never happened in the match.

Serbia defended with such eagerness that their coach Dragan Stojkovic cheered with clenched fists when his players managed to disrupt the Brazilian ball exit.

The irony is that the irascible Stojkovic, as a player, was a classic, cerebral point guard, one of the biggest names in the former Yugoslavia.

The doubts that Brazil showed in the first half disappeared after the break. The pressure imposed on the Serbs sometimes collided with goalkeeper Vanja Milinkovic-Savic, sometimes with the crossbar, as happened with a shot by Alex Sandro.

Despite dominance, there was tension in the air. Raphinha was not on the pitch and was replaced. Neymar had an inconstant match and left the field injured. On the bench, he covered his face with his shirt as he received treatment on his right ankle.

Richarlison even worried the coaching staff when he suffered an injury in a Tottenham match last month. He said he never had any worries that he wouldn’t make it to the Cup. When Neymar was questioned for posting a photo of himself wearing selection shorts with six stars, it was the number 9 who came to his defense. It was a reference to a possible sixth in Qatar.

Because of Richarlison the match became so easy that from the final 10 minutes the stadium started to empty. No one saw a Serbian reaction as possible. The Brazilian debut with victory was a fait accompli.

Not even the scorer was on the field anymore, replaced by Gabriel Jesus.