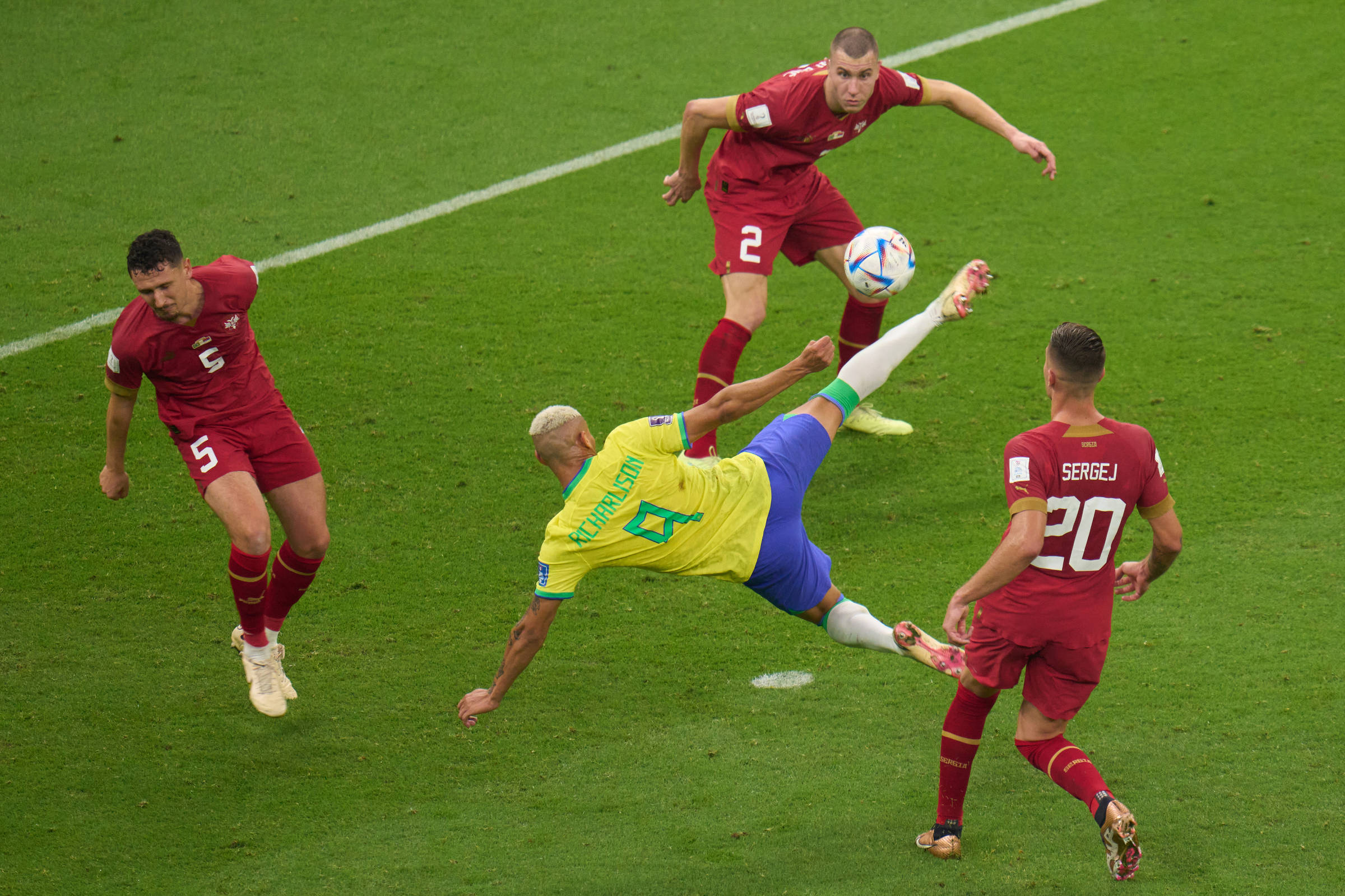 I wrote about football in the 1970s. I thought the text was dated until I saw Richarlison’s second goal in the Cup.

The Brazil that matters, that respects the law, has team spirit and improvises has resurfaced in the victorious twist of the Brazilian Charlie. He traced an L in the air with his body and the ball scored. A miraculous goal that made me forget the drama of the last few years and made the word hope resonate here and in the rest of the world. The green-yellow color once again became a symbol of talent and of Brazil.

Richarlison’s goal evokes capoeira and forces us to consider the importance of black culture. We also owe the culture of playing to her, which Joãozinho Trinta exalted, in the wake of Oswald de Andrade, for whom Carnival is the national religion and happiness is the test of nine. Does anyone still doubt that after the game?

Braaasiil!, who seemed lost, came back on the scene showing that our player’s style has not ceased to exist, although since 1995 football has changed a lot. The game accelerated and, as Platini told me in an interview in December 2013, the rules were changed.

“No one wastes time looking for the ball anymore when it leaves the field. The goalkeeper is no longer allowed to catch the ball passed by a player on his team with his hand. He must send it back, kicking it. The style of football has gone global. It depends less on the player than on the coach and the team he belongs to.”

Despite globalization, the game in Brazil reveals our culture. Since we were little, we are prepared to invent. Therefore, our football produces players capable of making the impossible happen, providing the experience of surprise that no human being can do without.

Before belonging to a foreign team and being formed by its coach, the Brazilian player is trained in the culture of playing. He may forget his origins, but they do not forget him and manifest themselves explicitly or surreptitiously, leading the public to a delirium of joy. Suddenly, the wind from the capoeira takes him away and he becomes bigger than himself. The past is incorporated into it and makes the present happen.

Braaasiil could well serve as a model to transform the reality of this country, as Richarlison wants, who allocates a part of his salary to those who are poor like he was.

This in childhood, when he lived with his aunt Audiceia, in a house in ruins, which the rain flooded. He slept crammed in with his cousins ​​and uncles and sold popsicles to supplement his income.

Today, he has a house in Barretos “to help people with no money”, finances, in his hometown, a soccer club that supports more than one hundred families. He doesn’t deny football boots to children who need them and says he hopes to encourage others to help others.

Richarlison deserves respect for his speech as consistent as his game. Thank you, Charlie.

Facebook
Twitter
Pinterest
WhatsApp
Previous article
Staikouras: Banks must rise to the occasion
Next article
Natural gas – Brussels: On December 13 the decision on the ceiling – The “pros” and the “cons”