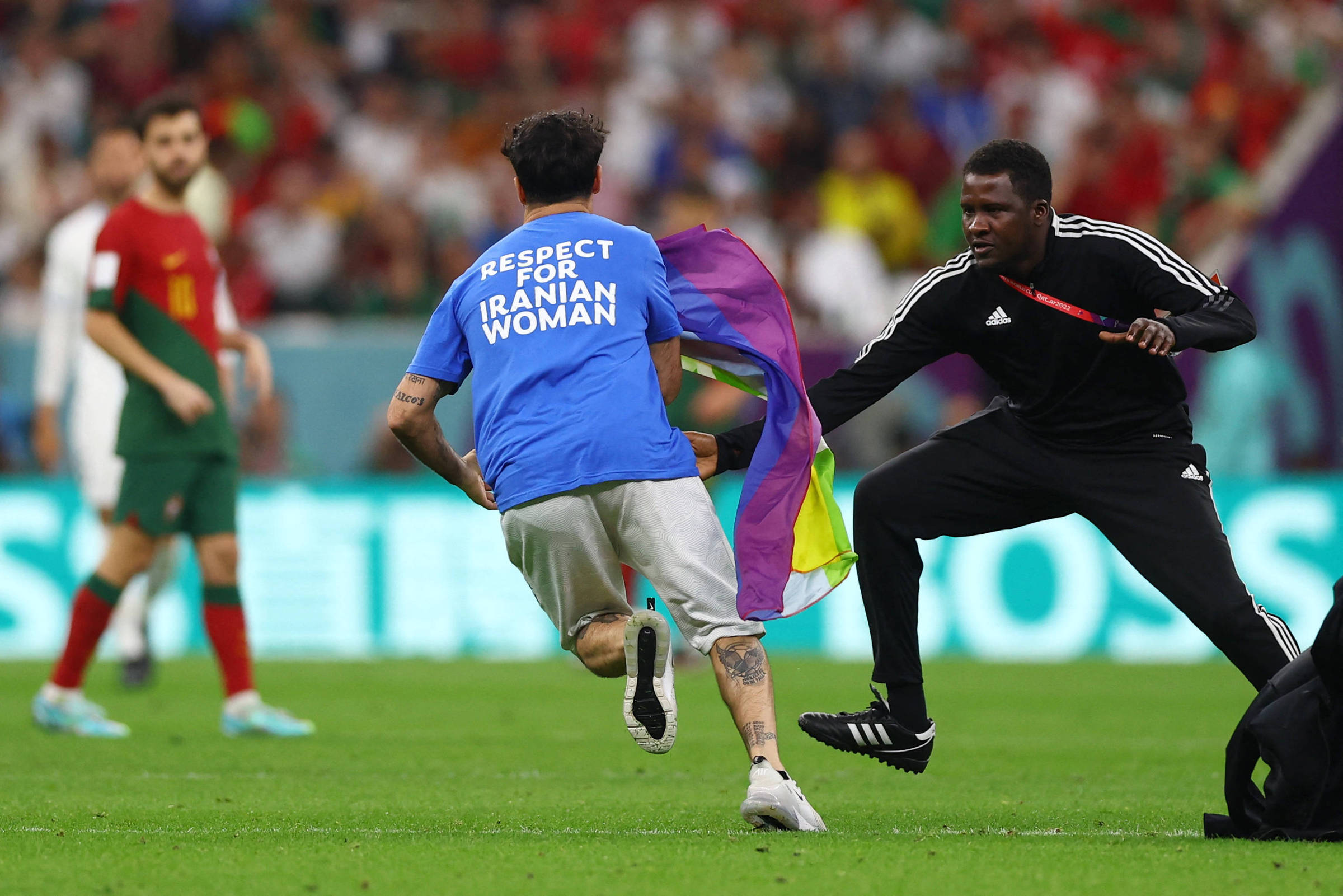 Man who invaded field in Qatar did the same in Brazil-2014; he was released

The man who entered the pitch with a rainbow flag and a shirt with phrases in support of Iranian women and Ukraine, on Monday (28) during the match between Portugal and Uruguay in the World Cup, was quickly released ” without consequences”, announced the Italian Ministry of Foreign Affairs.

“After a brief detention” at an undisclosed location, the man identified as Mario Ferri, born in 1987, “has already been released by the authorities without consequences”, says a statement from Italian diplomacy, confirming the information disclosed by a source in the government of the Qatar told AFP.

Ferri, who goes by the nickname Falcão, is famous for similar actions in stadiums. In the 2014 World Cup in Brazil, he entered the field during the game between Belgium and the United States wearing a shirt with the phrases “Save the children of the favelas” and “Ciro Vive”, in honor of a Napoli fan who had died just before the Worlds, according to the Italian agency AGI.

On his Instagram account, the Italian posted images of the Lusail stadium, in Doha, where Portugal beat Uruguay 2-0 on Monday.

This was the first lawn invasion since the start of the World Cup in Qatar, a country that has been heavily criticized by Western nations for its treatment of LGBTQIA+ people. Homosexuality is considered a crime in the country.

Seven minutes into the second half, after running across the pitch for almost 30 seconds, Ferri was stopped by a tournament organization official and escorted to another sector of the stadium.

The Italian was wearing a shirt with a Superman logo that had the phrase “save Ukraine” on the front and the message “respect for iranian woman” on the back.

The scene was shown for a few seconds on television.

“We know what is happening around the World Cup. We are certainly with them, with Iran too, with Iranian women. I hope nothing happens to this young man, because we understand his message and I think the world does too” , declared the Portuguese Ruben Neves after the game.

FIFA stated that rainbow flags or clothing would be accepted in stadiums, but in reality several objects were confiscated by security forces.