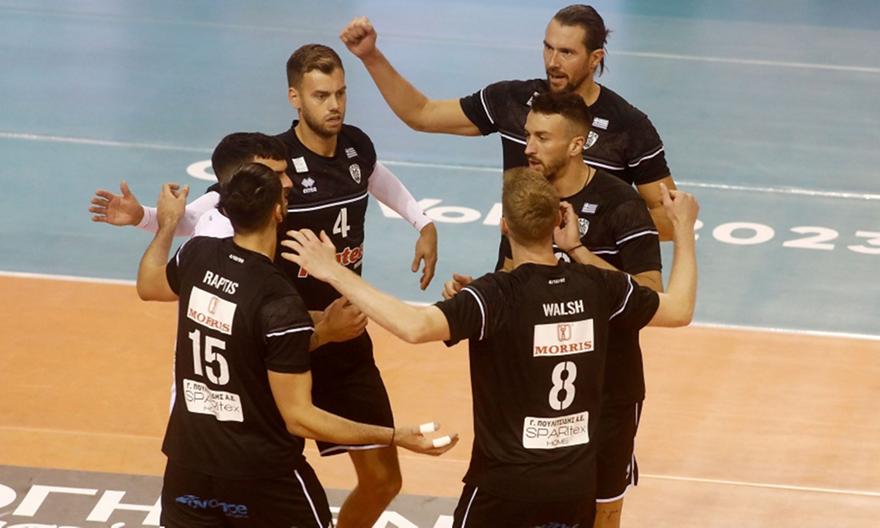 He presented himself unrecognizable PAOK in Tel Aviv! The “two-headed one of the north” despite being ahead managed to be defeated by 3-1 set by Maccabi in the first meeting between them for the “16” phase Challenge Cup. The “two-headed man of the north” has complaints from the referee, who complains about the point that decided the match.

At December 15 in “Palataki” the rematch with Josko Milekonski’s team looking for a clean victory to lead the process to the “golden set” and get the qualification.

Josko Milenkoński’s players started the match by taking a “short” header with Van De Dris and him Day to be the main exponents of the attacks. The Israelis made PAOK’s reception quite difficult and managed to overturn the match, even taking a two-point lead at the most crucial point of the match, making it 20-18.

The continuation for PAOK was not comparable despite the quick +3. The hosts managed to overturn the “black and white” advantage by making a short run that put them in a driving position. There the “Holy Triad” of PAOK, Raptis, Van De Dries and Jorna took action and brought the match to -1 (13-12).

However, poor selections and receiving problems from Milenkonski’s players brought the difference to +5 for Maccabi who tied at 1-1 in the sets with 25-22.

The third set was a nightmare for PAOK as Maccabi gave a recital from the service line, at a time when nothing was working right in the PAOK block. The Israelis made a real show of strength and found themselves at +7 early on, dashing the hopes of the visitors.

The only survivor for PAOK was Voulkidis, who played a good match in the reception, but the crescendo of Maccabi did not stop, as a result of which the set ended more easily than the 25-17.

PAOK was awakened by the supremacy of Maccabi and entered the 4th set determined to equalize. Raptis and Jorna helped a lot with the match going point-to-point until the middle of the set.

Despite the reduction in the score by PAOK, Maccabi “opened” the difference again to +4 by making 19-15.

However, PAOK found answers to the home team’s strong serve and managed to equalize at 22-22, extending the thriller. The two teams alternated in scoring, with Maccabi “erasing” the set points of PAOK, and the “doubleheader” the match points of the Israelis.

The very good image of the game was “marked” by a clear phase in favor of PAOK, as instead of a clear block-out in an attack by Van Den Dries, the referees saw an out, with 32-30 to give victory to the home team.