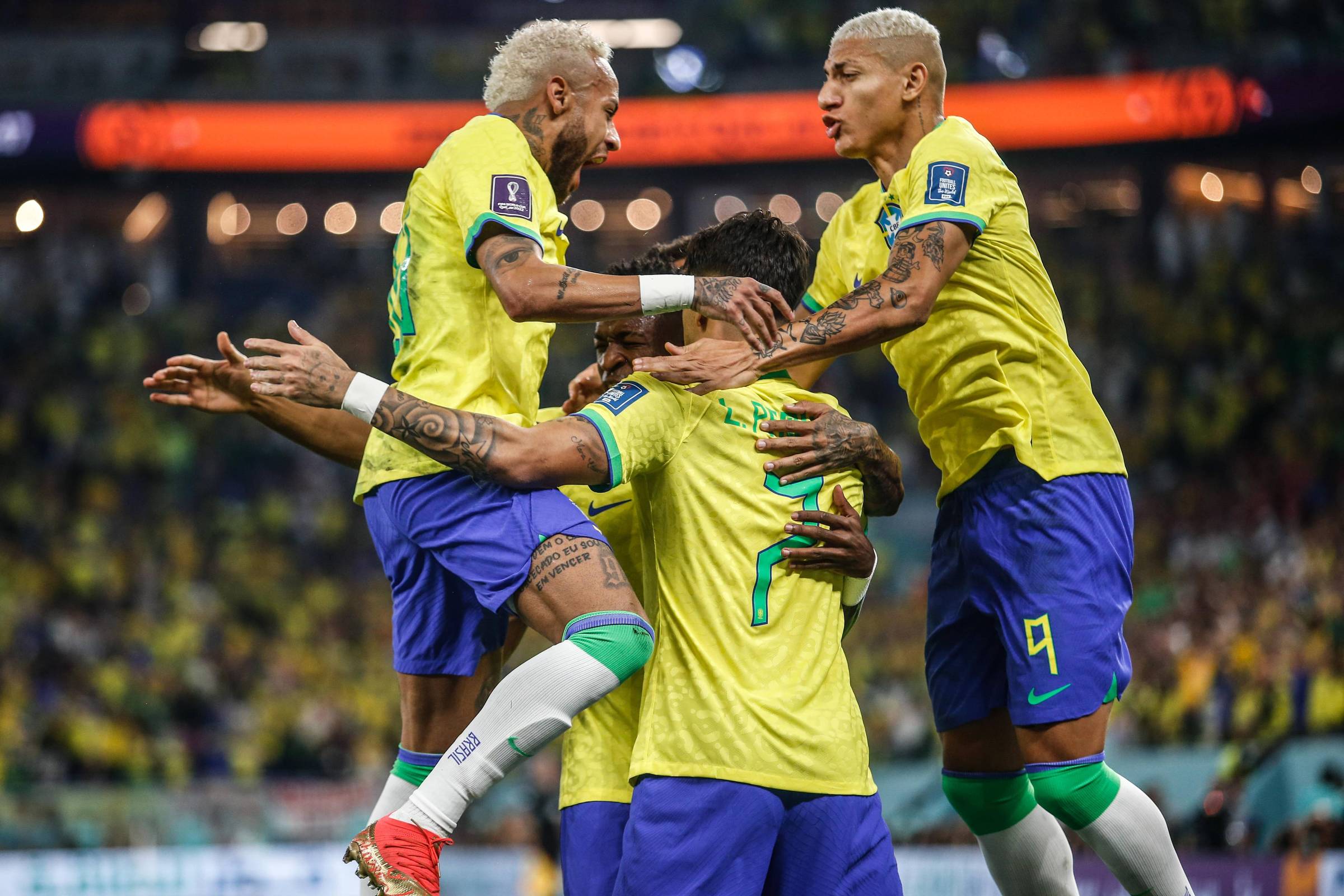 Brazil samba on the field, defeats Korea and advances to the quarterfinals of the Cup

Park Moon-sung is the most famous football announcer on South Korean television. He is the voice of the World Cup broadcasts in the country. Galvão Bueno from South Korea.

At some point in the first half of this Monday’s match (5), between the Asian team and Brazil, he must have told his audience that he “became a walk”. In Korean, of course.

With 45 minutes of gala and the return of Neymar, Brazil ran over South Korea, with a 4-1 defeat, and easily obtained a place in the quarterfinals of the World Cup in Qatar. Next Friday (9), they face Croatia, at the Cidade da Educação stadium, to go to the semifinal and have a potential confrontation with Argentina.

On the eve of the clash for the round of 16, defender Thiago Silva had remembered the friendly match between the two teams in June of this year, with a 5-1 victory for Brazil.

“Now it’s the World Cup”, he said, predicting that it would be very difficult.

It was not. It was easier than six months ago, actually. The South Americans dominated from the first minute and could have surpassed the biggest rout in their history in World Cups, 7-1 over Sweden in 1950. The irony is that it was also the score of their most elastic and traumatic defeat, against Germany, in the 2014 semifinals.

“Here they come again!” Park Moon-sung possibly shouted into his microphone, with the comments, beside him, of Ahn Jung-hwan, hero of the 2002 semi-final campaign.

After Vinícius Junior opened the scoring in the seventh minute, through a play by Raphinha, it became clear that Brazil would dance on the pitch.

Or sambaria—all ten linemen have gathered in a circle and start jumping and dancing. He did this at all goal celebrations, to take advantage of the drumming played at top volume by the sound system at stadium 974, which had its gala farewell. It was the last match in the history of the arena made with containers, which will be dismantled after the tournament.

Brazil’s impressive performance overshadowed even the expected return of Neymar, absent against Switzerland and Cameroon through injury. He scored his goal, the second, from the penalty spot, leaving goalkeeper Kim Seung-gyu on his knees.

There was also the moment in which, surrounded by two South Koreans and hampered by the French referee Clement Turpín, he performed a dribble that left everyone behind. Including the judge.

For those who were afraid of what could happen to the selection after the defeat against the reserves against Cameroon, in the last round of the group stage, this second rout was a catharsis.

A mixture of objectivity, coldness and fantasy of Brazilian football, represented in its synthesis by the third goal, at 28, when Richarlison started the bid with embaixadinhas and concluded for the net after an exchange of passes between Casemiro, Marquinhos and Thiago Silva.

The athletes on the bench called number 9 to celebrate with Tite, who imitated a pigeon, the striker’s nickname.

“And here they come again! Look how absurd!”, the South Korean narrator could have fired, astonished as Galvão Bueno eight years ago in the Mineirão.

It got worse because Lucas Paquetá would make the fourth at 36.

Brazil created opportunities after the break, but slowed down because they knew victory was assured. Raphinha, the name of the starting attack that most needed a goal to gain confidence, had a great chance, but wasted it.

When he left for the game, even in a more disinterested way, the team threatened. In part, also because of South Korea’s insistence on attacking. And when he went ahead, the green and yellow team arrived easily, which would upset the Asian narrator: “They arrive, I repeat, as if it were a training session”.

Not so much, because Paik Seung-ho hit a beautiful shot from outside the area in the 32nd minute to reduce the Brazilian advantage and punish it for decreasing the overwhelming pace of the initial stage.

Worried about injuries and the physical conditions of his players, Tite had already started to make changes to preserve the starting lineup. Recovered from an ankle injury, Danilo gave way to Bremer. Daniel Alves was replaced by Militão. Neymar continued on the field until he turned 35, as if to prove he was 100% recovered from an ankle problem.

The match was so defined that, with 10 minutes to go, the coach changed goalkeepers. Weverton, the only one of the 26 squad that had not yet entered the field in the World Cup, took Alisson’s place.

Despite Korea insisting on attacking, the confrontation had already gained a friendly feel. In its best 45 minutes of the World Cup since the second half of the 4-1 victory over Japan, in 2006, in Germany, Brazil walked in Doha.

As Park Moon-sung must have seen on the Korean TV broadcast, it was “a great selection against a team of boys”.

Facebook
Twitter
Pinterest
WhatsApp
Previous article
Is the “trade war” with Washington avoided? The US and the EU pledged to resolve their differences
Next article
Cristiano Ronaldo fights melancholic World Cup farewell amid tantrums, records and controversy