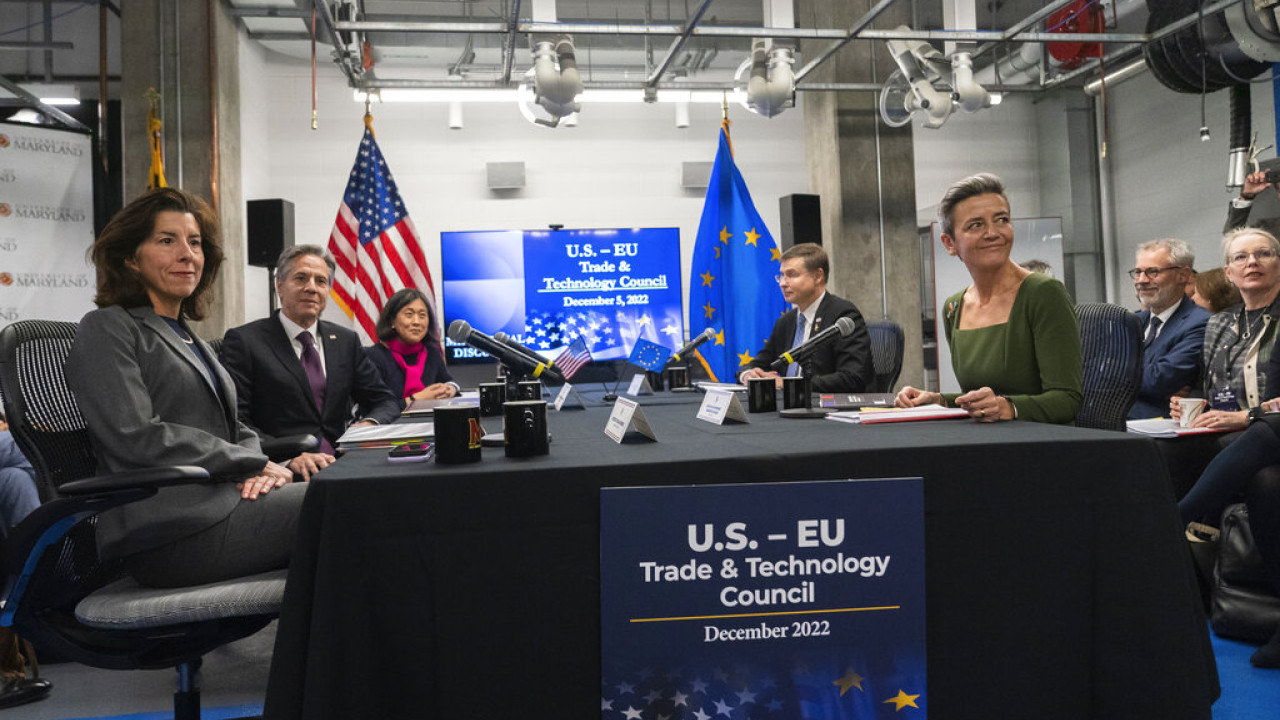 Is the “trade war” with Washington avoided? The US and the EU pledged to resolve their differences

American subsidies, especially for the auto industry, provoked a reaction from Europe

Is the “trade war” with Washington avoided? The US and EU pledged on Monday to resolve their differences on the US Inflation Reduction Act (IRA), which the EU says provides unfair subsidies to US industries.

The IRA was scheduled to take effect from on January 1st and has caused a stir in Europe.

American subsidies, especially for the auto industry, provoked a reaction from Europe. The issue of American protectionism was raised by French President Emmanuel Macron to his American counterpart Joe Biden during his visit to Washington.

In this context, the Trade and Technology Council (TTC) between the EU and the US was convened on Monday.

On the EU side, the Economic Commissioner and Executive Vice-President of the Commission Valdis Dombrovskis, the Commissioner for Competition and the Digital Economy Margrethe Vestager were present, while the US Secretary of State Anthony Blinken and the Minister of Trade Gina Raimondo were present at the consultations.

The new legislation of the Biden administration establishes tax exemptions style up to $7,500 for the purchase of an electric car in the US, provided that the vehicle’s key parts (such as the battery) are US-made and the assembly is also done within the border.

German Finance Minister Christian Lindner on Saturday criticized US economic policy with the IRA, while also warning of trade war with the United States. “The US is our valued partner, but at the same time there is an extremely protectionist economic policy,” Lindner told “Welt am Sonntag”. The federal government must therefore represent German interests in Washington and point out the negative consequences for the Federal Republic, he added.

Facebook
Twitter
Pinterest
WhatsApp
Previous article
World Cup: Brazilian national team shows off its dances in rout over Korea
Next article
Brazil samba on the field, defeats Korea and advances to the quarterfinals of the Cup