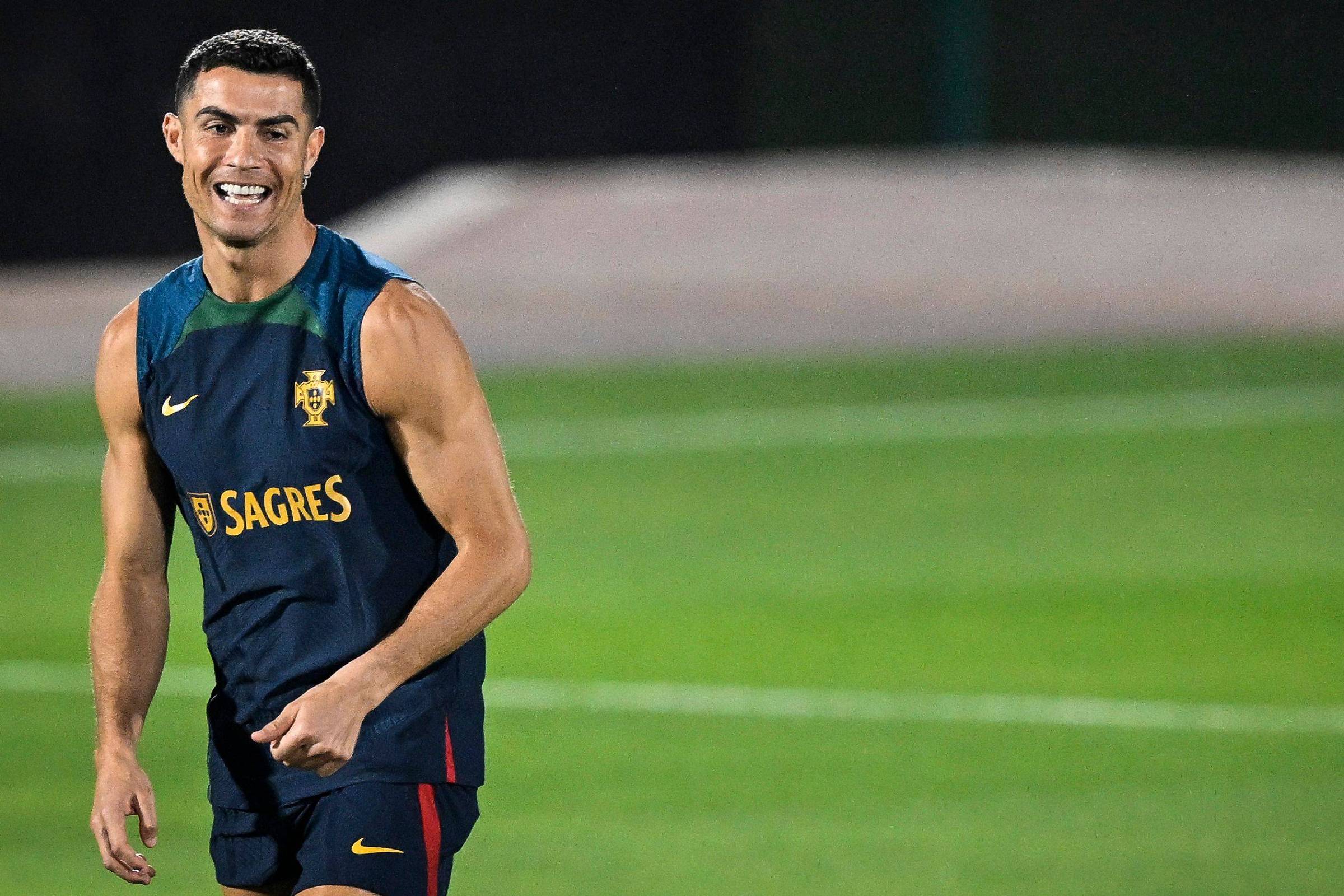 In the face of controversy, Cristiano Ronaldo appears smiling in training for the reserves of Portugal

Cristiano Ronaldo responded to rumors about his annoyance at being a substitute in the round of 16 match against Switzerland, asking for “unity” on Instagram, this Thursday (8), before training with the reserves of the Portugal selection, which disputes the quarterfinals of the World Cup against Morocco, next Saturday (10).

“A group too united to be broken by external forces. A nation too brave to let itself be feared by any opponent. A team in the truest sense of the word, which will fight for the dream until the end! Believe us! Strength, Portugal!”, wrote in the caption of a photo in which he appears celebrating a goal with his teammates.

In the match against Switzerland, Ronaldo came off the bench only 30 minutes into the second half, something that had not happened since 2008 for his national team.

At the end of the game, he briefly greeted the Portuguese fans and quickly went to the locker room.

An hour after publication, Ronaldo showed up at the Al Shahaniya facility for reserve team training.

In the warm-up, he did not part with defender Pepe, another great veteran of the Portuguese group, a companion of a thousand battles in the national team and at Real Madrid.

Smiling, the players completed their preparation and were divided into a match between starters and substitutes, according to coach Fernando Santos’ starting lineup for the match against Switzerland. CR7 joined the team of substitutes.

This Thursday morning, the Portuguese Football Federation (FPF) denied in a statement that its star had threatened to leave the concentration for not having started against the Swiss.

The announcement was a response to an article published by the Portuguese sports newspaper Record, which said that the player had taken such a decision after a meeting with Santos.

Still according to the vehicle, Ronaldo would have had a heated discussion with the coach when he discovered that he would not be a starter in the round of 16 match of the World Cup. Afterwards, he would have calmed down and changed his mind.

‘We are very united’

Hours later, midfielder Otávio, a Brazilian naturalized Portuguese, attended a press conference that focused mainly on episodes involving the number 7 shirt from Portugal. Of the 12 questions he answered, nine were about his teammate.

Very patient and relaxed, the Porto player tried to get out of the situation as best he could.

“Nothing that comes from outside can separate us. We are very united and focused on Portugal winning”, he insisted.

“There has been no talk of him leaving. Everything is more or less normal, there has been no dispute or anything like that. It’s perfectly normal to be a little angry when you don’t play, that’s all,” he added of his team-mate’s reaction.

“If you look at the photos, you will see that Cristiano’s heart and soul are with the national team, playing or not”, concluded Otávio.

Santos had acknowledged on Monday (5) that he did not like Ronaldo’s reaction when he was substituted two days earlier, in the last game of the group stage, against South Korea.

“The degree of commitment of the most victorious player in the history of Portugal was even more evident – if possible – in the victory against Switzerland”, underlined the Portuguese Federation this Thursday.

After the quarterfinal match, his wife, Georgina Rodríguez, also entered the debate.

“While the 11 players sang the anthem, all the targets were fixed on you. It’s a shame not to have been able to enjoy the best player in the world during the 90 minutes. The fans did not stop calling you and shouting your name”, he wrote on Instagram .

Facebook
Twitter
Pinterest
WhatsApp
Previous article
Pope Francis cries when speaking of Ukraine ‘martyred by war’; watch video
Next article
Britain: 8 months suspended for the wife of an American diplomat who kidnapped and killed a 19-year-old