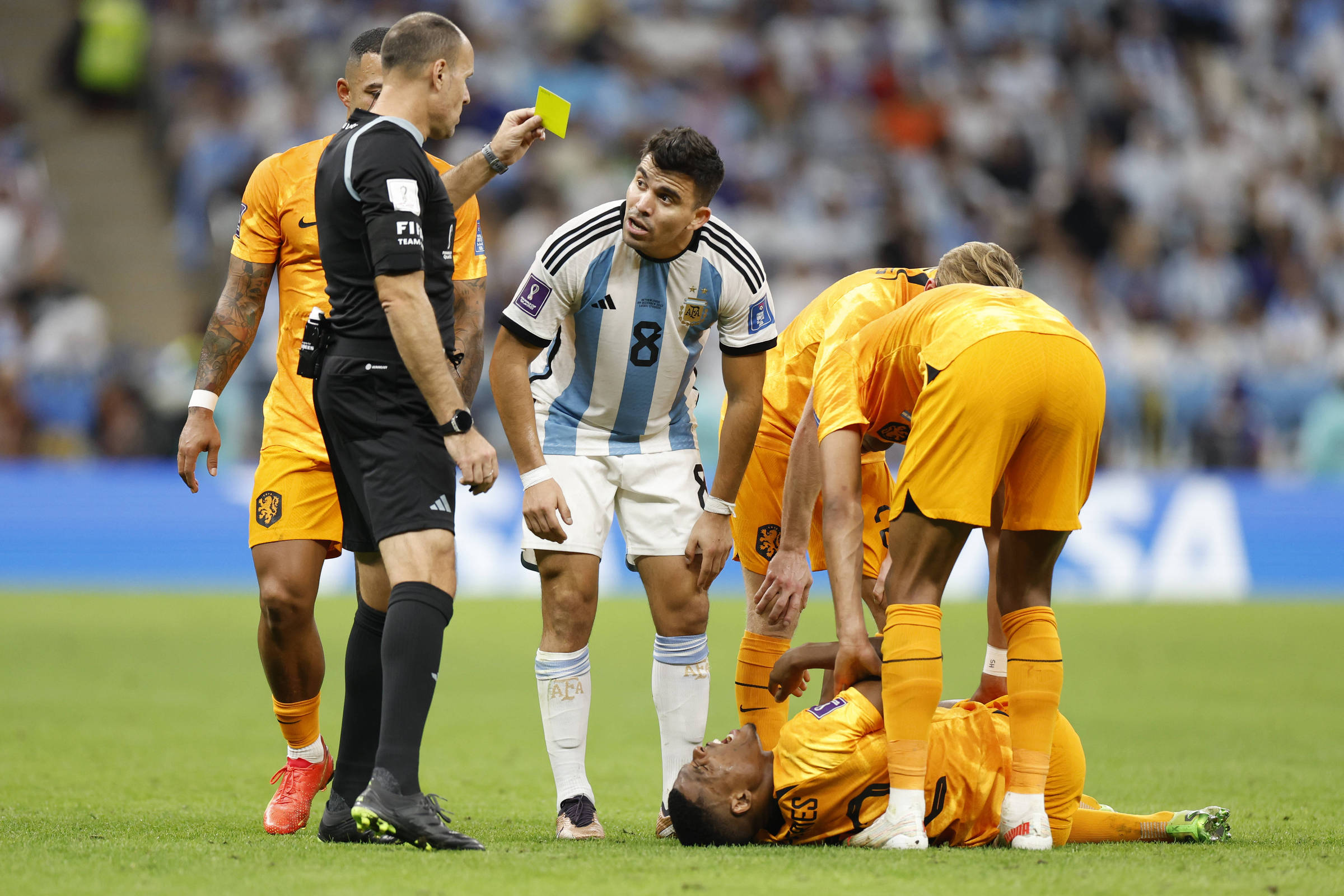 For having received the second yellow card in the World Cup in the victory on penalties over the Netherlands, the laterals Montiel (right) and Acuña (left) are out of the semifinal confrontation with Croatia, on Tuesday (13), in Lusail.

The Croatians, who eliminated the Brazilians, will play complete.

Montiel, 25, and Acuña, 31, arrived at the World Cup in Qatar disputing position with, respectively, Molina, 24, and Tagliafico, 30.

Throughout the tournament, Acuña established himself at left back, but Montiel ended up as a bench option.

In this Friday’s game (9), Molina opened the scoring for the Argentines, after Messi’s pass. Montiel replaced him in extra time and, with four minutes on the field, he was “yellow”.

He was one of the Argentines who were successful in the penalty shootout, being the third to take the penalty, after Messi and Paredes – Lautaro Martínez also hit, and only Enzo Fernández wasted.

Acuña received his yellow card towards the end of the first half. In the middle of the second, coach Lionel Scaloni replaced him with Tagliafico, who had played as a starter only in the opening match, when Argentina was surprised and lost to Saudi Arabia.