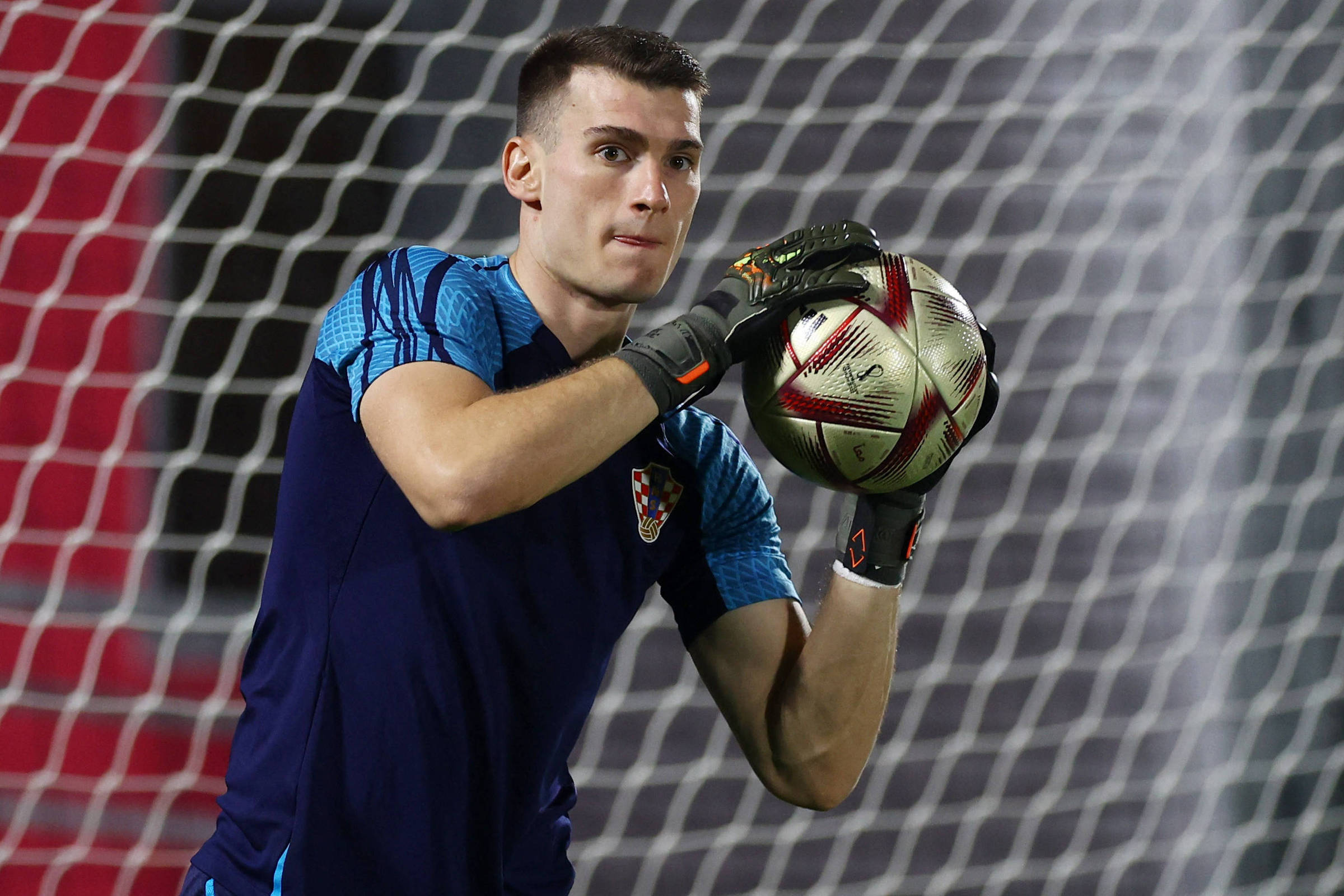 Croatia’s top trio play for Dinamo Zagreb in front of 1,000 fans in the local league

The performances of three Dinamo Zagreb players in the round of 16 and quarterfinals of the World Cup in Qatar confirmed the central role of the club in Croatian football, a situation that could be repeated in the semifinal, in which the national team will face Lionel Messi’s Argentina, this Tuesday (13).

This outstanding trio of Dinamo Zagreb, formed by goalkeeper Dominik Livakovic and forwards Bruno Petkovic and Mislav Orsic, is joined by defender Josip Sutalo, the fourth player to wear the checkered shirt of the national team and the blue of the club this season.

But a number of other footballers in Croatia’s top team are now defending the country’s side in Qatar, including captain and 2018 Ballon d’Or winner Luka Modric.

Born in Zadar, like Modric, goalkeeper Dominik Livakovic, 27, has become a national hero since he saved two penalties against Japan in the round of 16 and another against Brazil in the quarter-finals.

In addition to King Livi, as the goalkeeper is called by the Croatian press, his two Dinamo teammates Petkovic and Orsic also played a crucial role in Croatia’s ranking over Brazil.

Petkovic, assisted by Orsic, tied the game 12 minutes into the second half of extra time, forcing a penalty shootout for the runners-up in 2018, specialists in this fundamental.

The Croatian newspaper Jutarnji List praised the “trio that earn their bread in Croatian Championship stadiums, often playing in a gloomy environment in front of 1,000 or 2,000 fans”.

Since Croatia emancipated from Yugoslavia in 1991, Dinamo’s dominance is absolute, with 23 championships and 16 cups. They have only lost a national title since 2006, when Rijeka were champions in 2017.

The club’s ability to polish its jewels is now being seen in Qatar, where eight other players who left Dinamo shine in the Croatian national team. In addition to Modric, midfielders Mateo Kovacic and Marcelo Brozovic, striker Andrej Kramaric, midfielder Lovro Majer and defenders Dejan Lovren, Borna Sosa and Josko Gvardiol.

Before them, Croatian football greats also started their careers at Dinamo, from Zvonimir Boban and Robert Prosinecki, passing through Dario Simic, Vedran Corluka and Niko Kranjcar.

Dinamo’s base is considered the best in Croatia and the club has a well-developed scout network in neighboring Bosnia and Herzegovina.

But the Zagreb side are also known for their controversial former manager Zdravko Mamic, sentenced to prison for a corruption case and still seen by many people as a strongman of Croatian football.

Mamic, who is a refugee in Bosnia, where he fled shortly before his conviction, was executive vice president of Dinamo from 2003 to 2016.

In 2018, he was found guilty along with his brother and former Dinamo coach Zoran Mamic, as well as a former club director and a tax inspector of embezzling more than €15m (£25m) from the club. and cause damages of 1.5 million euros (R$ 8.3 million) to the State. He was sentenced to six years and six months in prison.

The money was embezzled through fictitious transactions related to player transfers, especially those of Modric and Lovren. The Mamic brothers are also being sued over another case of embezzlement.

Like its former manager, always present behind the scenes, the club remains essential in Croatian football. Like a dynamo, a machine that converts mechanical energy into electrical energy, “Dynamo Zagreb is the source of energy for the Croatian national team,” Dean Bauer, Croatia’s famous sports journalist, told AFP.

Facebook
Twitter
Pinterest
WhatsApp
Previous article
Resistance of bacteria to treatment grows by more than 15%, according to WHO
Next article
Modric, Perisic: Learn why Croatian names end in ic