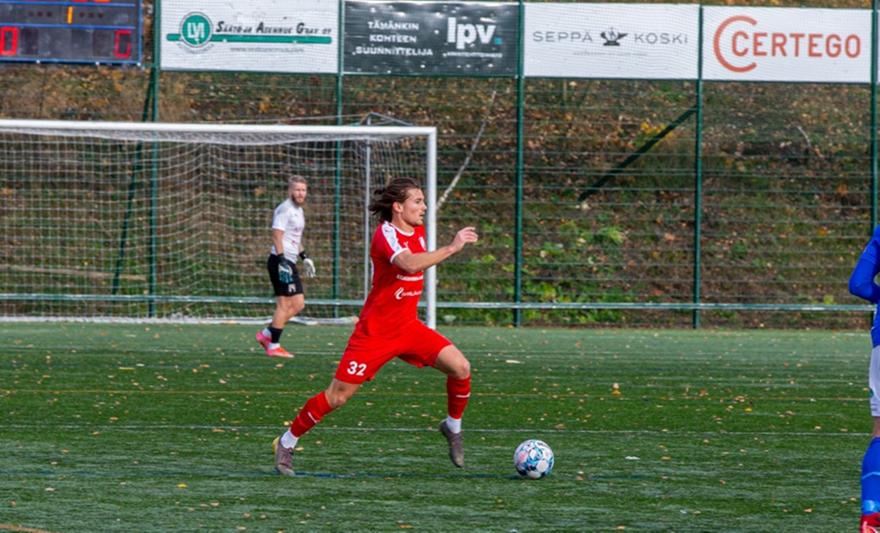 Shocking allegations of a French footballer about Panileiakos and its president!

THE Antoine Lemarie made shocking allegations via Twitter about his experience at Panelicciting, among other things, his miserable living conditions, the money, which he never received, while complaining that the team president physically assaulted both himself and a teammate!

The French midfielder has previously played in Finlandin Vaajakoski, Jyväskylä, Espoo, Farsley in England and Forestfield from Australia.

In his relevant tweet, in fact, tagged well-known journalist Romain Molinawho occasionally reveals shocking facts, both in and out of football.

Three weeks ago I received a message from “FokomSportsManagement” (he has blocked me that’s why I can’t tag him, but you can easily find about him). He made me an offer to go compete in the 3rd division of the Greek championship, in Panelic. I was looking for a group and so it seemed interesting to me to go and that’s how it happened. The offer was: Airfare paid by the manager, 1,000 per month, food, accommodation and a guarantee that I would receive my money regularly.

It was arranged that I would receive two months’ wages when I arrived. Unfortunately, none of this happened. First of all the day before I came, Fokom told me that they couldn’t pay for my plane ticket after all. I had packed all my things and was ready to go. For this in order not to cancel my entire contract for one ticket, I made a deal with Fokom. I would pay for my flight, but they would take it out of the 500 euro commission we had arranged for me to get.

When I finally got there, the apartment they gave me was disgusting (dead cockroaches in the closets, dirt in the toilet, hair in the bathroom, dirt next to the bed). As for food, I was told that only one meal a day was provided by the group at a local restaurant.

Regarding the salary, I was told that to get it I would have to wait until my previous team sent them all the papers. I told everything to Fokom, and he answered me “be patient you will get your money”.

The next day I learned from the other foreigners in the group that they had not received their salaries. One of them left during the week for obvious reasons. After all that I thought that this opportunity was not as good as I thought.

When I told all this to Fokom he told me not to listen to the other players and that I will get my money. Four days after I arrived we had a match and I still hadn’t received my money.

Shortly before the cross, the coach came and told me that all my cards had arrived and I could play. Together with the president, they told me that everything would be fixed the next day. I shouldn’t play in the match thinking I haven’t got my money but I love football and I agreed to play.

During the game, when I came out as a substitute, the chairman physically assaulted another foreign player and his bravo in the locker room. He left as fast as he could and is now in his own country in shock.

Money was not a factor at this point, it was clear that I wanted to leave. When I finally got the chance to speak to the president, I said I didn’t want any money, I just wanted them to sign a document, to be released from the club. He didn’t accept it. But this document was necessary to be able to go and play in any other team in Greece, so the next day I insisted again. I was ready to leave, just waiting for his signature. I sent multiple messages to the management but they ignored me.

But yesterday morning the president came with the athletic director to my apartment to get the keys. I asked them again to sign my document. They didn’t want to pay me, so the least they could do was let me go play anywhere else. But this time I was the one who was physically attacked. The president grabbed me by the throat, threw me against a fence and tried to grab my keys from my pocket. At that moment his bodyguard appeared from the side, apparently he was hiding somewhere, because I hadn’t seen him before. Three men against me. I had no choice but to hand over the keys if I didn’t want to be beaten. The president finally let me go, I went to pack my things in the apartment and left town as soon as I could. Of course, without the signature I needed.

I was and still am so shocked by what happened. When I spoke to Fokom they told me it was my fault because I was impatient with the money and that he should never have played the game as if that was the biggest problem. Of course, no one offered to pay for my return tickets. Somehow, after everything that happened I would have to pay 550 euros in tickets in total by myself.

By making this story known I want to make sure that no other footballer will work with Fokom who treat footballers like they are a piece of meat and do not care about their safety. I also need to inform everyone about what is happening at Panileiakos. This club is dangerous. The people running the team are dangerous. I will post a youtube video about this story soon, I have proof for everything I say here.

Facebook
Twitter
Pinterest
WhatsApp
Previous article
Allies do not agree, and Ukraine remains without German tanks against Russia
Next article
Analysis: Rumors of the tank’s demise have been greatly exaggerated