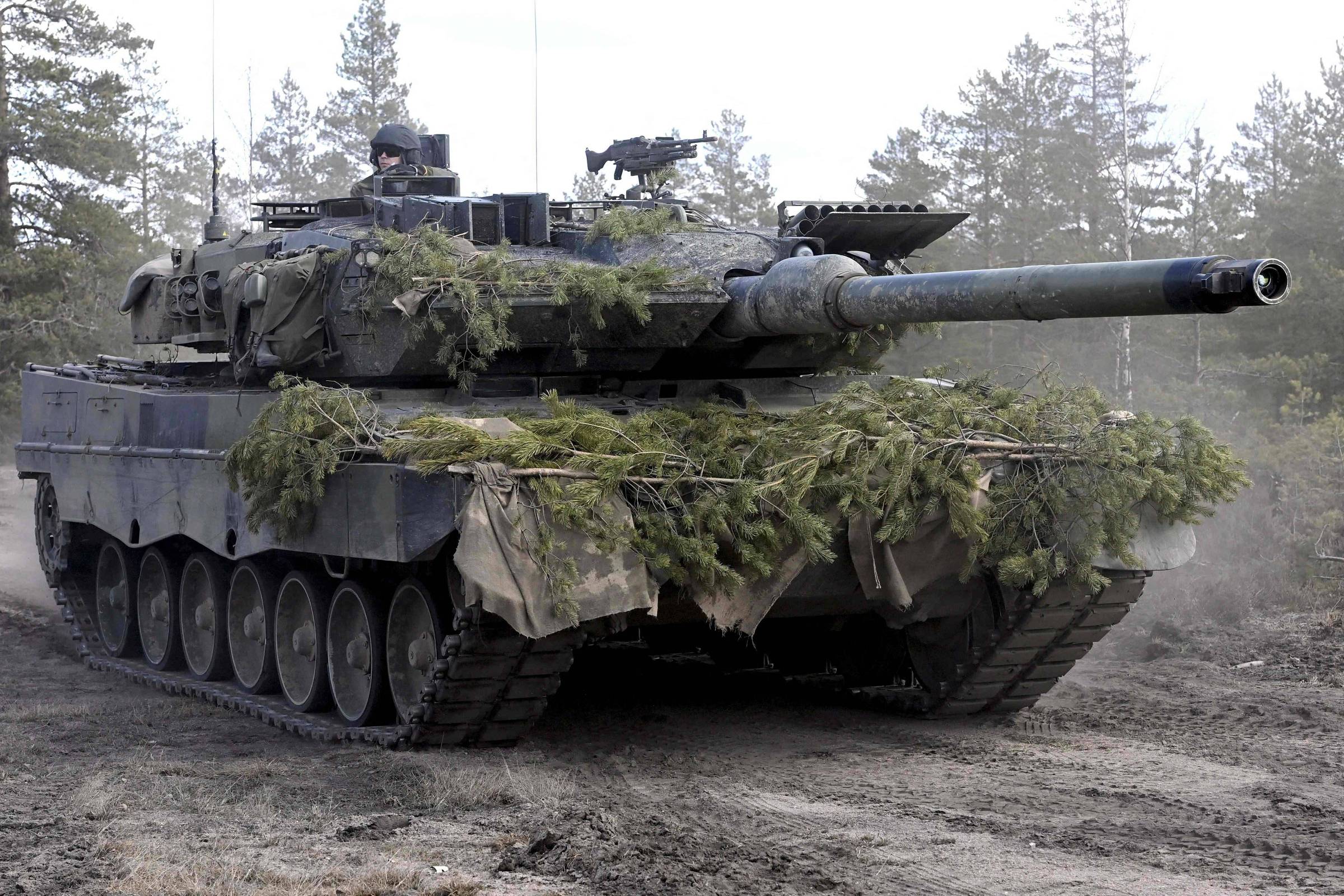 Analysis: Rumors of the tank’s demise have been greatly exaggerated

The furore surrounding the supply to Kiev of the Leopard-2, a German war tank that is the object of Ukraine’s desire and the reason for a stalemate between Berlin and its allies, shows that the rumors about the death of this type of tank as an effective weapon were highly exaggerated in the last year.

It wasn’t just a rumour. The failure of the initial wave of the Russian invasion of Ukraine, when a 60 km long armored column was brought to a standstill under fire from man-portable missiles and drones, seemed to confirm the obsolescence of the main battle tank.

This is the technical name for heavily armored vehicles, usually over 30 tons in weight, tracks for off-road use, and a 360-degree rotating turret equipped with a cannon with a caliber of at least 75 mm—the usual standard is 120 mm. mm, as in Leopard-2 (64.5 t), or above.

A flood of analyzes sought to prove what had been seen on a reduced scale a little less than two years earlier, in the war between Armenia and Azerbaijan, when Turkish drones serving Baku destroyed Yerevan’s tanks.

In favor of the evaluation was the lack of information about what was happening on the ground. Russian sources dried up, only being opened through biased military channels on Telegram throughout the war, and Western ones reproduced reality through their lens as supporters of Kiev.

Gradually, work such as that of the American military analyst Rob Lee (King’s College, London) and the British think-tank Royal United Services Institution showed that reality was more nuanced.

What happened at that moment was not proof that the tanks’ vulnerabilities made them useless and expensive — a new Leopard-2 costs around €13 million (R$73 million), depending on the sales package.

The problem was tactical. In modern warfare, attacks of the magnitude designed by Russia against Ukraine need to combine different branches of the military in a coordinated fashion. The Russians, presumably in an arrogant assessment that the Ukrainians would surrender in the first round, gambled everything on disjointed actions.

Thus, armored columns proceeded on open roads without infantry support to nullify points of resistance where Kiev soldiers used portable Javelin missiles against them. This just repeated what happened to Israeli tanks in the Yom Kippur War (1973) against Arabs armed, ironically, with similar weapons and Soviet tactics.

Air cover, vital since 1939 in any war, was lacking. Furthermore, at least two artillery battalions north of Kiev may have helped to hold back the toothless onslaught of soldiers.

There was even a more serious issue scrutinized in later studies: logistics. In the first three months of the war, using only open intelligence data from the Dutch military monitoring website Oryx, around 50% of Russian tank losses were due to abandonment.

Translation: diesel is gone. This was particularly serious in the case of the T-80, powerful Soviet models that have a turbine engine that consumes barbarities of fuel. The American M1A2 Abrams, the object of the Ukrainians’ desire, uses similar propulsion — consuming jet fuel at a rate of 15 liters per mile (1.6 km).

At the same time, tactics have evolved. The Russians learned from their mistakes and focused their efforts. They were successful in southeastern Ukraine, linking separatist-occupied Donbass with Crimea annexed in 2014, and are now advancing slowly on Bakhmut, the focal point of the battle for Donetsk.

Javelins and drones lost their initial charm, and the latter are now more used to adjust artillery fire and throw light ammunition against targets of both opponents. The use of electromagnetic weapons to disable robot planes or capture them has also evolved.

From the renewed focus on the Donbass, the Russian-speaking east of Ukraine, the war has increasingly become a conflict of attrition. Heavy artillery from side to side, until someone manages to break through a front and advance with tanks and armor – that’s what Kiev did in the unguarded portion of Kharkiv province (northeast) in September.

There, the need for tanks was proven again, when within a rational employment scheme. The Soviet models available to Kiev, versions of the old T-64 for the most part, were effective in securing the occupation of the reconquered land.

With all this and the din surrounding NATO’s yet-to-be-taken decision that effectively changes the degree of involvement of the US-European military alliance and its allies, one thing is certain: tanks are more alive than ever.

Facebook
Twitter
Pinterest
WhatsApp
Previous article
Shocking allegations of a French footballer about Panileiakos and its president!
Next article
Germany did not say yes to the Leopard mission in Ukraine