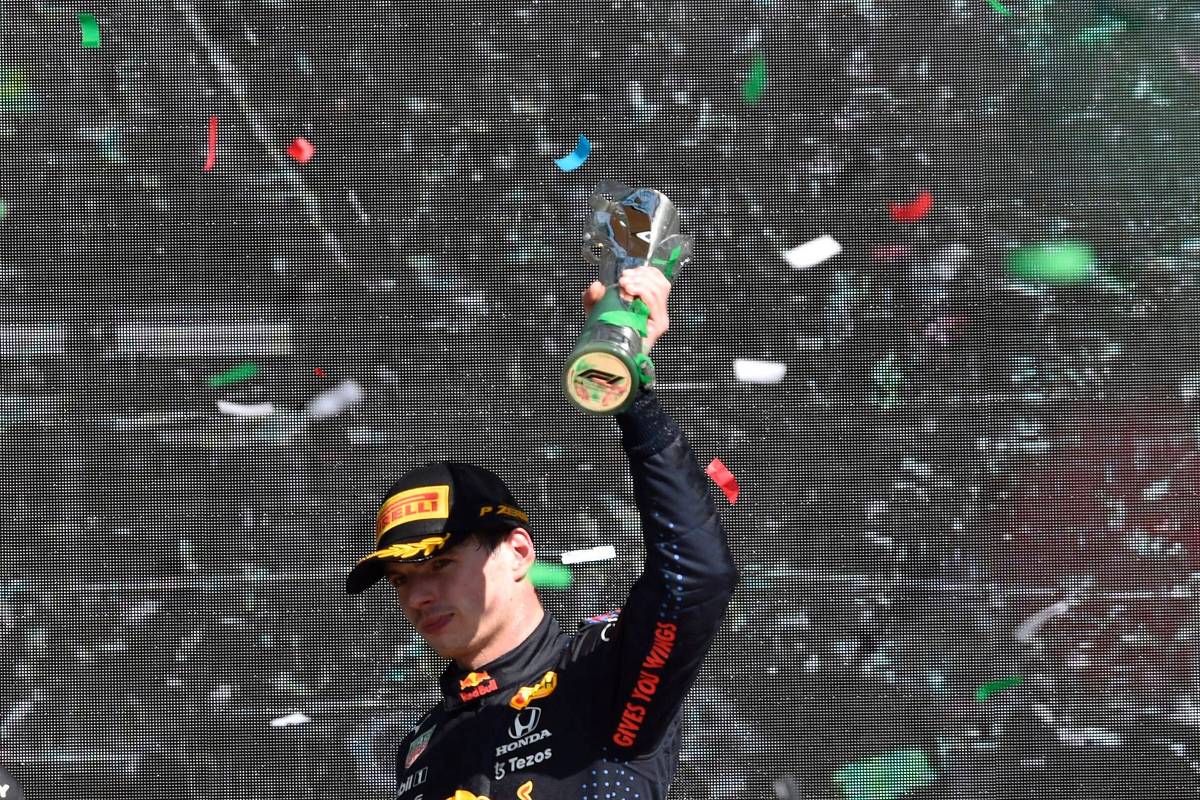 In a race that showed the superiority of Red Bull cars in the final stretch of the F1 World Cup season, drivers Max Verstappen and Sergio Perez won, this Sunday (7), the 1st and 3rd place on the podium, respectively, at the Mexican GP .

Seconds after the start, on the long straight before the first corner of the track, Verstappen took advantage of the vacuum provided by Valtteri Bottas’ Mercedes to gain speed, brake hard at the last moment and take the lead, breaking the wall formed by the Finn and Lewis Hamilton , the second of the initial grid.

To make matters worse for Bottas, he was touched by McLaren’s Daniel Ricciardo and lost many positions. He finished the race in 15th position.

Seven-times champion Hamilton found himself squeezed between the Red Bull drivers for most of the circuit and had to work hard to maintain second place, while Verstappen maintained a large lead, repeatedly beating his own time with each lap at the Hermanos Rodríguez circuit. The English pilot struggled to hold Perez.

This F1 season is marked by the intense rivalry between Hamilton and Verstappen, who are fiercely fighting for the drivers’ World title. With the results of the Mexican GP, ​​Verstappen’s lead was extended. He now has 312.5 points against 293.5 for the English driver.

The feud between the favorites takes place on and off the tracks, with moments similar to those in the disputes between Ayrton Senna and Alain Prost, considered the greatest antagonists in the category.

At the height of the dispute between the Brazilian and the Frenchman for supremacy on the tracks, in 1989, when there were only ten laps left for the last flag of the Japanese GP, Prost threw his car against Senna’s to prevent the victory of Mclaren’s teammate, who, in turn, he went for the all or nothing in an attempt to win the World Cup. The trophy ended up with the European, but the South American gave the change the following year, in the same way and on the same track, to become champion.

Something similar happened between Hamilton and Verstappen at the last Italian GP in September, when the championship leaders were involved in a nasty accident. Unlike the Prost-Senna case, however, the pilots denied it was premeditated.

But the symbology was given and, in an interview to the Daily Mail, granted last Thursday (4), Hamilton himself, commenting on the rivalry with the Dutchman, recalled the episode between the Brazilian and the Frenchman, noting that he is against an outcome like that and affirming the importance of “play fair”.

However, the CEO of Mercedes, Toto Wolff, does not rule out that, in the last race of the season, with the two rivals having the possibility of winning the title, a scene similar to those carried out by Senna and Prost will happen.

The next stage of the world championship, the São Paulo GP, will be held on Sunday (17), at the Interlagos racetrack, with the expectation of massive attendance, as announced this week by the João Doria (PSDB) administration and on other occasions.

In August, when it was not even possible to have public at sporting events in the state, the governor stated that the track would receive the maximum public of its capacity, 70 thousand people. On the occasion, he took the opportunity to gloat the victory over his political rival, President Jair Bolsonaro (no party), who wanted the GP to be transferred to Rio de Janeiro.

“You are our guest to come here. You can even come by motorcycle, as long as you wear a mask, rub your hands with alcohol, take your temperature and be vaccinated,” said Doria, in a message to Bolsonaro.