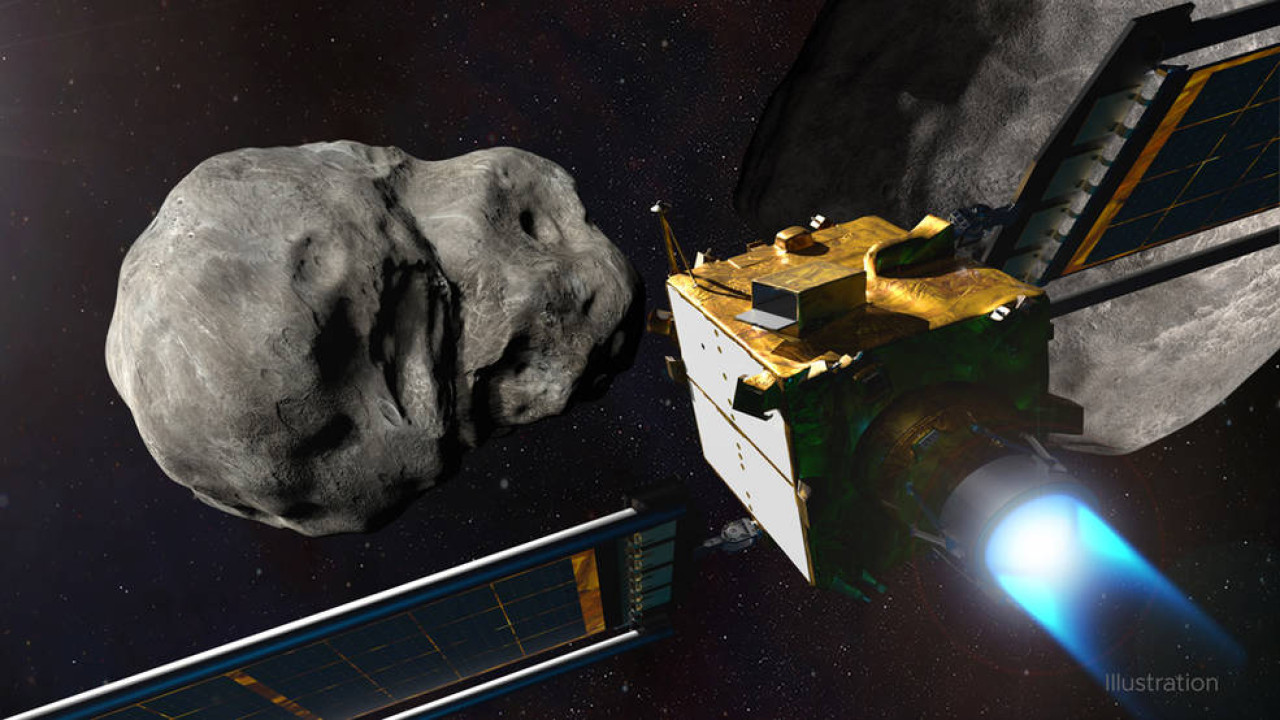 The rocket was launched last November, targeting the asteroid Dimorphos, which is 6.8 million miles from Earth

THE DART shipment it is more than a missile that will “fall” on one asteroids. It is humanity’s only test, which will show us whether and to what extent our planet has a chance of being saved from a possible Armageddon. That is, we will have the hope of preventing the scenario of total destruction, in the event that a large celestial body, an asteroid, is heading towards our planet.

The plan is for the missile to crash into a celestial body and our diversion capability.

The rocket was launched last November, targeting the asteroid Dimorphoswhich is 6.8 million miles from Earth.

NASA broadcasts the progress of the mission live:

How Greece participates in the unique space project

Our team here at AUTH is involved in the software part. Both for the DART program and for the European HERA that follows in the analysis. For DART and also for the European mission “Hera” (s.s. HERA) of the European Space Agency (ESA), we are experts in interpreting the so-called dynamic phenomena, i.e. the movements of bodies. We therefore do a detailed simulation of how it is in the system and moving before the DART hits it and what we expect to happen after it hits.

“Obviously once we get real data in a couple of weeks, we’ll have a better, smaller range of parameters that we’ll focus on over the next year or two to understand exactly what DART was doing as it hit the asteroid,” he explains. the Greek scientist asked about the Greek contribution to this global mission of the DART (Double Asteroid Redirection Test) of the American Space Agency (NASA).

Work of Dr. Tsigani and his colleagues is to ascertain “all possible versions, compatible with the post-impact observations,” for the follow-up. What Mr. Tsiganis and his colleagues have been doing until today and will do after two in the morning are helping “those who build the instruments that will be carried by the European HERA mission ship, to plan the observation strategy in order to optimize the result”.