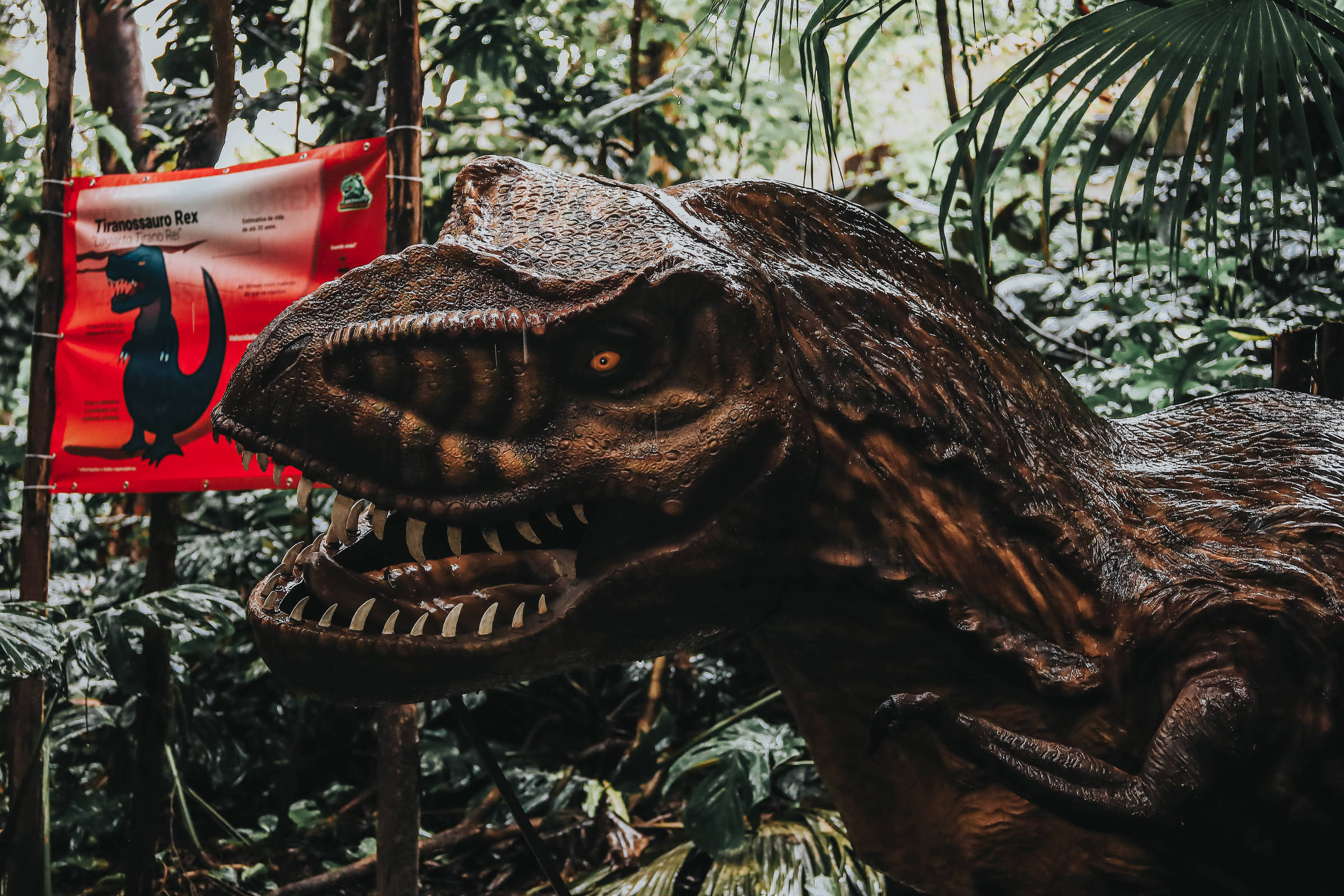 Enrico Vicenzo walks among the vegetation and, like a paleontologist, precisely points out each dinosaur that appears in front of him. There’s a tyrannosaur, an iguanodon, a stegosaurus, a triceratops and a pterosaur — which, strictly speaking, is not a dinosaur.

At the age of five, the boy spoke the names of the animals before the explanations of the monitors at Canto dos Dinossauros, a new theme park opened in the same complex where the Canto da Mata Forneria restaurant, in Osasco, Greater São Paulo, works.

Dinosaurs are all the rage in São Paulo, and the place is yet another one that offers an immersive experience for children about the giants that once inhabited the Earth. The park was set up in a kind of forest, with sound effects that give the impression of walking through a forest, even if we are in a busy part of the city.

The tour starts in a space with tables and toys where protective helmets are distributed that serve more for the children to feel like they are on an adventure than actually for the safety of them and their parents, who can follow the entire route — and take pictures, it is clear.

After being properly uniformed, the group starts the tour along a trail. At each stop, it is possible to see, touch and click replicas of different species of dinosaurs in reduced size, in addition to knowing physical characteristics, eating habits and other curiosities about the animals.

This educational part is the responsibility of the monitors, the panels arranged along the route and games, which end up teaching about paleontology and the importance of environmental preservation.

Among these games are a maze, an obstacle bridge and a sandbox with plaster pieces that simulate dinosaur bones, which must be found and painted at the end of the route.

But the real highlight is the 4.5-meter-long Tyrannosaurus rex, which generates excitement in visitors and cell phones ready to feed social networks. But that was not the case for Vicenzo, who really liked the bridge with ropes and elastic bands that make it difficult to cross, making children have to duck and jump to complete the path. “It’s the same as ‘Jurassic World,'” he says of the film franchise.

While the boy walked off the tour with a smile on his face, the older kids in the group and their parents seemed less impressed with the script. In the case of adults, after watching their kids become adventurous paleontologists for about 50 minutes, they still had to open their wallets — after the dinos, the kids’ second adventure was exploring the themed merchandise store.