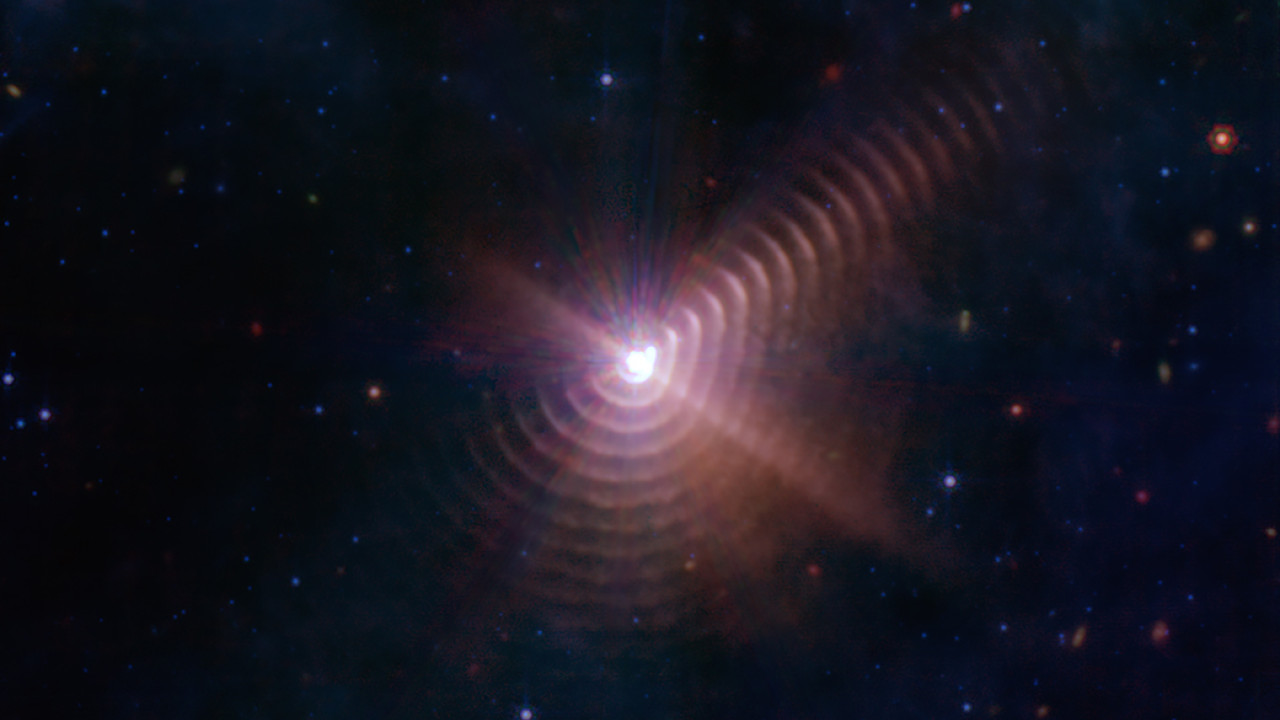 A new image released by NASA shows at least 17 rings of dust created by a rare type of star and a nearby companion star that appear to be engaged in a celestial dance.

The new image from NASA’s James Webb Space Telescope reveals a remarkable cosmic sight: at least 17 concentric rings of dust originating from a pair of stars.

Located just over 5,000 light-years from Earth, the twin star is more commonly known as Wolf-Rayet 140.

Each ring was created when the two stars came close and their stellar winds (streams of gas blowing through space) met, compressing the gas and forming dust.

The orbits of the stars bring them together about once every eight years.

Like the growth of rings on a tree trunk, dust marks the passage of time.

“We’re looking at over a century of dust produced by this system,” said Ryan Lau, an astronomer at NSF’s NOIRLab and lead author of a new study on the system, published today in the journal Nature Astronomy.

“The image also shows how sensitive this telescope is. Before, we could only see two dust rings using ground-based telescopes. Now we see at least 17 of them.”

In addition to Webb’s overall sharpness, its Mid-Infrared Instrument (MIRI) is uniquely qualified to study dust rings—or what Lau and his colleagues call shells, because they are thicker and wider than they appear in picture.

MIRI detects the longest infrared wavelengths, which means it can often see cooler objects — including dust rings — than Webb’s other instruments.

MIRI’s spectrometer also revealed the composition of the dust, which was formed mostly from material ejected from a type of star known as a Wolf-Rayet star.