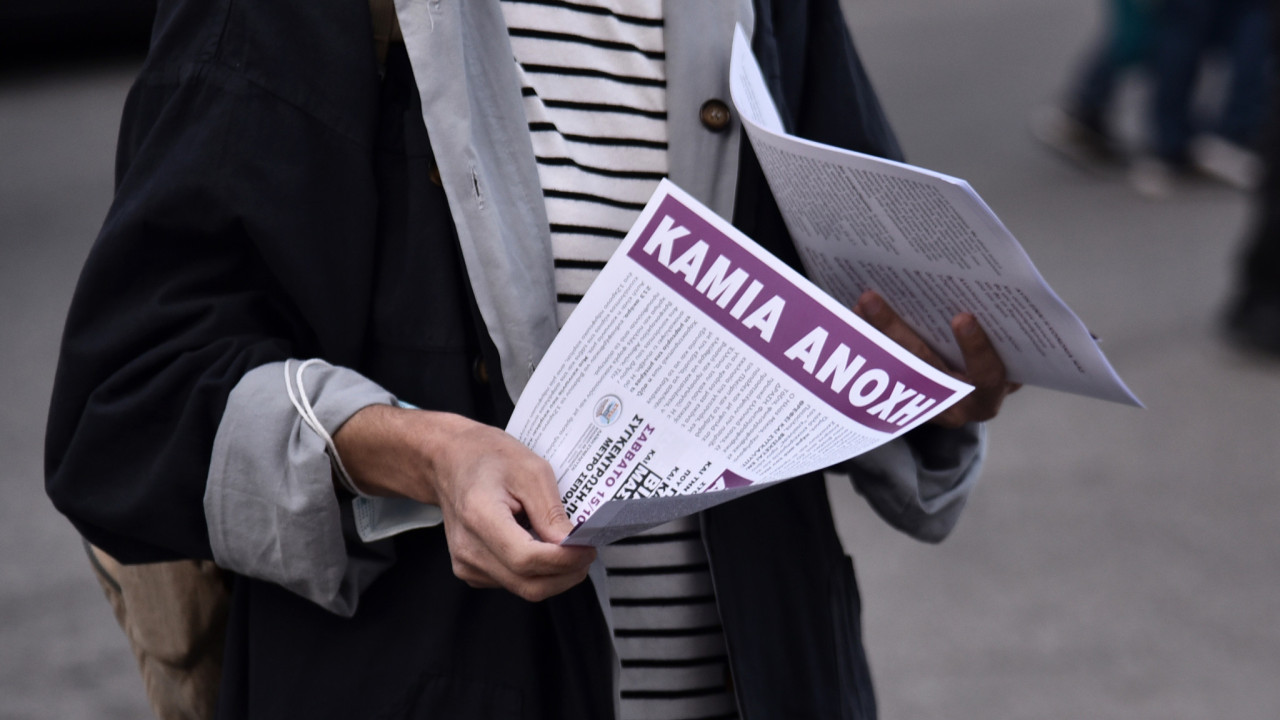 Rape of 12-year-old girl in Colonos: The mother is prosecuted for pimping – She denies the charges after her arrest

She denies the accusations attributed to her by the mother of the 12-year-old girl who was arrested this afternoon following a warrant issued by the prosecutor’s office against her.

According to the lawyer, AspasiaTarahopoulou who spoke to skai.gr the mother of the minor declares her innocence and that she has no involvement with the accusations attributed to her.

“I categorically deny what you attribute to me,” the mother reportedly told the police.

According to Mrs. Tarahopoulou, the mother is currently testifying to the security, while tomorrow she will apologize to the investigator.

In fact, according to police sources, the mother said she was surprised when she was informed of her arrest.

And while the mother is testifying at GADA, according to information, at this time security police officers have gone to the family’s home and are conducting an investigation.

USB devices, mobile phones and computers will be targeted by the police.

The 37-year-old mother is accused of a distinguished case of pimping against a person younger than 15 years old, by a superior relative by blood and with an offer or promise to pay money or any kind of consideration.

The announcement by EL.AS about her arrest

Following the 8-10-2022 Press Release, a 37-year-old citizen was arrested with a warrant, in the afternoon hours, today (12-10-2022), by police officers of the Juvenile Protection Sub-Directorate of the Attica Security Directorate, for a distinguished case of pimping against a person younger than 15 years of age, from ascendant relatives by blood and with an offer or promise to pay money or any consideration in succession. The arrested person will be brought before the competent Prosecutor.

The warrant was executed while the mother had gone to GADA in order to accompany her daughter to give a supplementary statement. A police car had picked up the child and the mother from their home and GADA notified her of the warrant against her and arrested her.

They were remanded in custody Elias Michos and Yiannis Sofianidis with the agreement of the investigator and the prosecutor.

It has not yet been clarified whether they will move in the prisons of Tripoli and Grevena .

Their transfer will probably take place tomorrow morning while they are now being held in GADA.

Their apology to the investigator

Earlier, the two defendants had completed their apologies to the investigator.

According to information, Michos, regarding the 12-year-old, claimed to the investigator that he had a relationship with the minor and that they had sexual contact more than once.

He denied all other charges and observed his right to remain silent.

He also testified that he found the girl through the application.

The “Smile” for the 12-year-old girl: At the beginning of September we received an anonymous complaint but the parents were never contacted

“The Child’s Smile” – on the occasion of the case of sexual abuse of the 12-year-old girl in Colonos – informs about the history of the case.

– At the beginning of September “The Smile of the Child” received an anonymous call, without giving any specific information, to provide counseling support and guidance to the relatives of a minor who had been sexually abused by an adult man.

– The people of the Organization immediately gave the necessary directions and asked to speak, both with the child himself and with his parents with the aim of supporting them.

– The child did not want to talk and the parents never contacted the Agency’s Help and Support Line.

– “The Child’s Smile” not having any information directed the family to contact the Sub-Directorate of Juvenile Security.

– From the information available to him, it was not possible to correlate the call with the case of sexual abuse of the 12-year-old girl in Colonos.

– Today, and following the publication of “The Child’s Smile”, he found and confirmed, according to the history, that the call he received in September 2022 related to the abuse case of the 12-year-old.

– The Organization has requested to support the child, and after a relevant recommendation, it is awaiting the approval and consent of the parents and the competent investigative officers in order to carry out the deposition process of the 12-year-old smoothly.

– Afterwards, the 12-year-old can be supported at the therapeutic center “The Child’s House”, the first Day Center in Greece for the personalized provision of Mental Health Services to Children and Adolescents, victims of all forms of abuse.