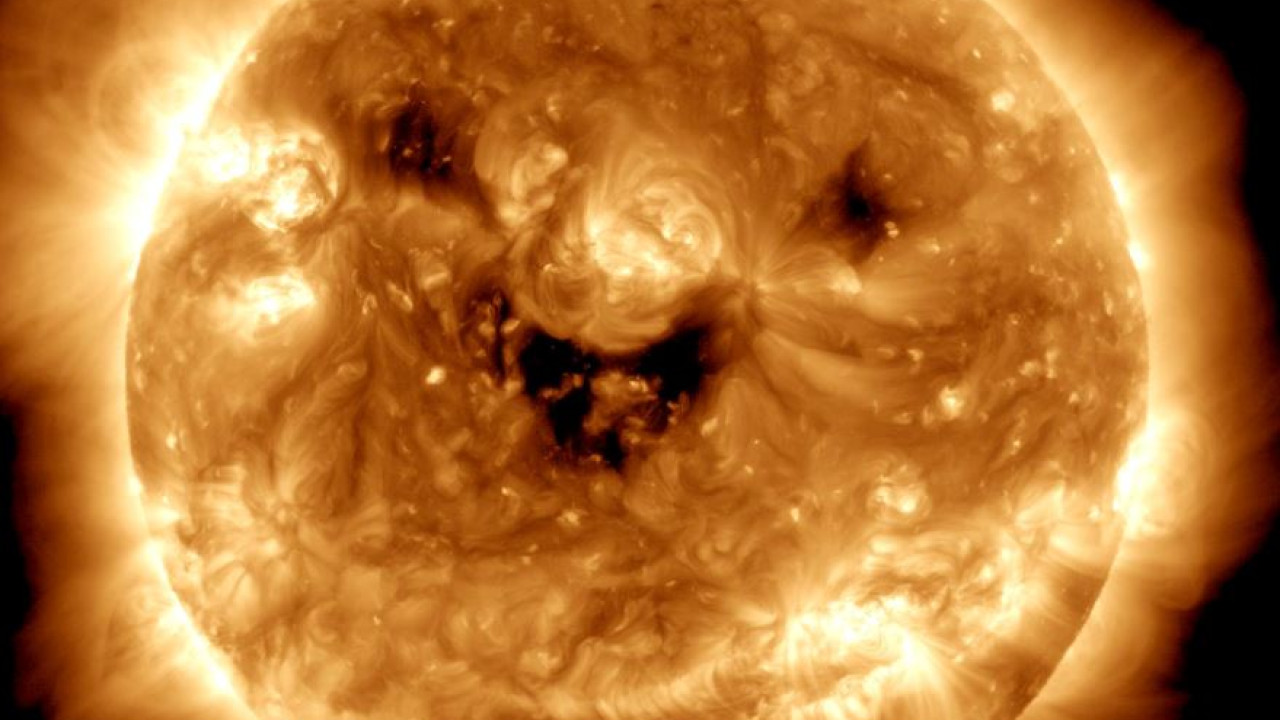 After its publication, the NASA photo caused a lot of reactions on the Internet

A satellite of hers NASA captured an image, which looked like a happy face pattern on the sun, earlier this week, prompting the US space agency to say the sun appears to be ‘smiling’.

The agency posted the image Wednesday on Twitter, writing: “Today, Nasa’s Solar Dynamics Observatory captured the sun ‘smiling’.” After it was published, the NASA photo caused a lot of backlash online, with many comparing the image to a carved Halloween pumpkin, a lion and the sun featured in the children’s show Teletubbies.

Today, NASA’s Solar Dynamics Observatory caught the Sun “smiling.” Seen in ultraviolet light, these dark patches on the Sun are known as coronal holes and are regions where fast solar wind gushes out into space. pic.twitter.com/hVRXaN7Z31

Despite its friendly appearance, experts are warning that the sun’s coronal holes could mean a solar storm, which will hit Earth on Saturday. Solar storms are a variety of explosions of mass and energy from the solar surface, which in turn distort the Earth’s magnetic field. As a result, these storms increase the visibility of the aurora borealis, also known as the aurora, in the northern and southern hemispheres.

Facebook
Twitter
Pinterest
WhatsApp
Previous article
The Voice of Greece: Voices from all over Greece! – Watch the trailer
Next article
The 38-year-old woman who threw caustic liquid on her estranged husband is in prison