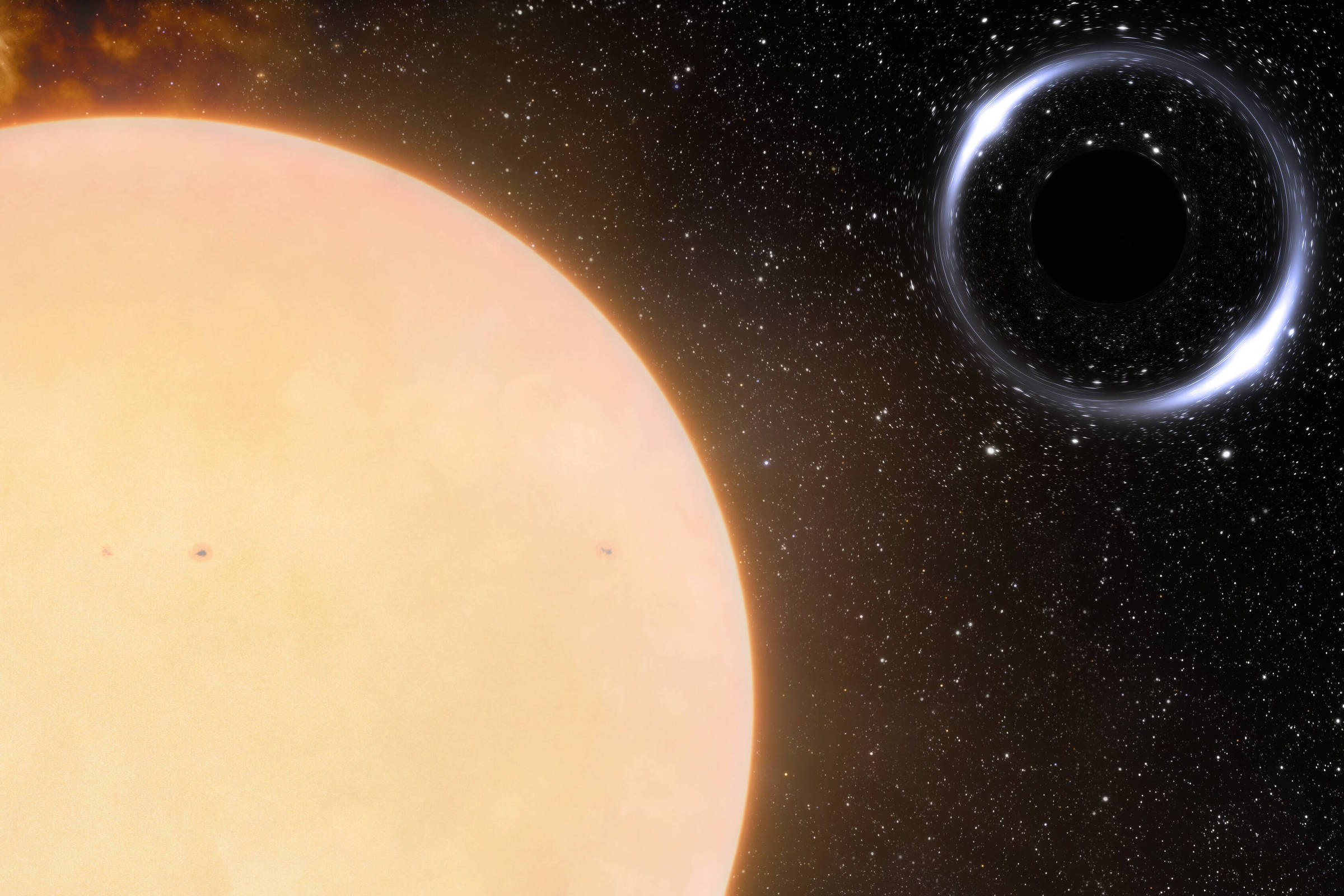 An international group of astronomers has discovered the closest black hole to Earth – so far. It is about 1,600 light-years away and could only be observed because it is part of a binary system, which has a star similar to the Sun. The finding came thanks to data from the European Gaia satellite, accompanied by new observations made with the Gemini North telescope in Hawaii.

Black holes are not easy objects to find. They originate from the collapse of high-mass stars that, when they run out of fuel, implode under their own weight. The remaining ultra-compact mass is crushed into a region comparable to the size of a city (imagine an entire star concentrated in a sphere a few kilometers in diameter). This generates a gravitational field so intense that not even light can escape it. That’s why black holes are dark – bring your own light.

It is therefore not surprising that they are so difficult to detect. It only becomes easier when they are part of a dual system, in which one of the stars has already evolved into a black hole, and the other has not. It makes it even easier when the black hole is swallowing mass from the companion, which makes it a powerful X-ray source. That’s how astronomers found, in 1964, the object known as Cygnus X-1, the first system to be associated with the presence of a black hole. It’s 7,200 light-years from here.

The new system, identified as Gaia BH1 by the team led by Kareem El-Badry, from the Harvard-Smithsonian Center for Astrophysics, in the USA, is much more discreet. It is composed of a dark star (which at this point can only be a black hole) with about 10 solar masses, around which a star similar to the Sun orbits. The discovery, reported in the Monthly Notices of the Royal Astronomical Society, was based on data from the European satellite that indicated irregularities in the movement of the visible star. Deepening the observations with Gemini Norte, it was possible to characterize the binary nature of the star, the masses of the objects, as well as the orbit of the visible around the invisible.

At 1,600 light-years, the system is one-third the distance of the nearest former black hole record holder. But it is thought that there are others even closer, which just haven’t been identified, but should appear as Gaia releases more data. (That, of course, not to mention those who, because they are solitary, are even more elusive, but must be out there, roaming the galaxy.)

The most surprising aspect was the system configuration. The star that evolved into a black hole before that must have been a supergiant star with 20 times the mass of the Sun. In that condition, it would have simply swallowed the solar-mass star. The fact that it is still there indicates that the system has evolved unexpectedly. Could the Sun-like star have been captured later? Could it have had its orbit shortened? They are possibilities. The coolest thing about science is that with every answer comes new questions.

Facebook
Twitter
Pinterest
WhatsApp
Previous article
Dionysis Schinas for Elli Kokkinou: I love her, she is the person of my life
Next article
Dogiakos intervention after the surveillances – Ordered a criminal preliminary examination – Kostas Vaxevanis is called to testify