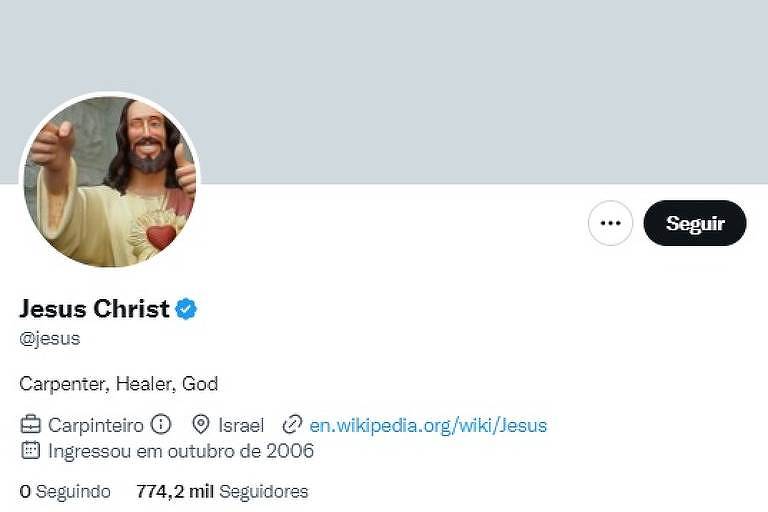 Twitter’s controversial feature that allowed you to pay for the verification seal gave rise to a wave of fake profiles of politicians, companies and celebrities. The new subscription service, called Twitter Blue, was launched for US$8.

Any user could imitate real accounts and use the blue seal to gain followers and spread fake messages. Verified profiles were created, for example, of former US President George W. Bush, Nintendo and even Jesus Christ.

On Wednesday (9), billionaire Elon Musk, the new owner of the social network, said in a tweet that he “killed” the “official” verification seal, the same day that the initiative had started to work.

The “official” badge appeared for a few hours under the username of some profiles. The idea was to serve as a “verification check”, for accounts from government agencies, media groups, companies, content publishers and some public figures.

Many Twitter users were confused by all the back and forth regarding the profile verification system on the social network.

Soon, the double verification became a joke on the networks.

After that, Musk announced the end of the “official” label. “Please keep in mind that Twitter will be doing a lot of stupid things in the coming months,” the billionaire wrote on his Twitter account. “Let’s keep what works and change what doesn’t.”

The speed of change took many people by surprise.

Even without the “official” seal, it is possible to differentiate who actually had their account verified by Twitter from those who paid for the blue seal. In the first case, when clicking on the icon, a message appears saying that it is “a person of note in government, news, entertainment or other designated category”. In the second case, there is a notice that “the account has been verified because it is subscribed to Twitter Blue”.