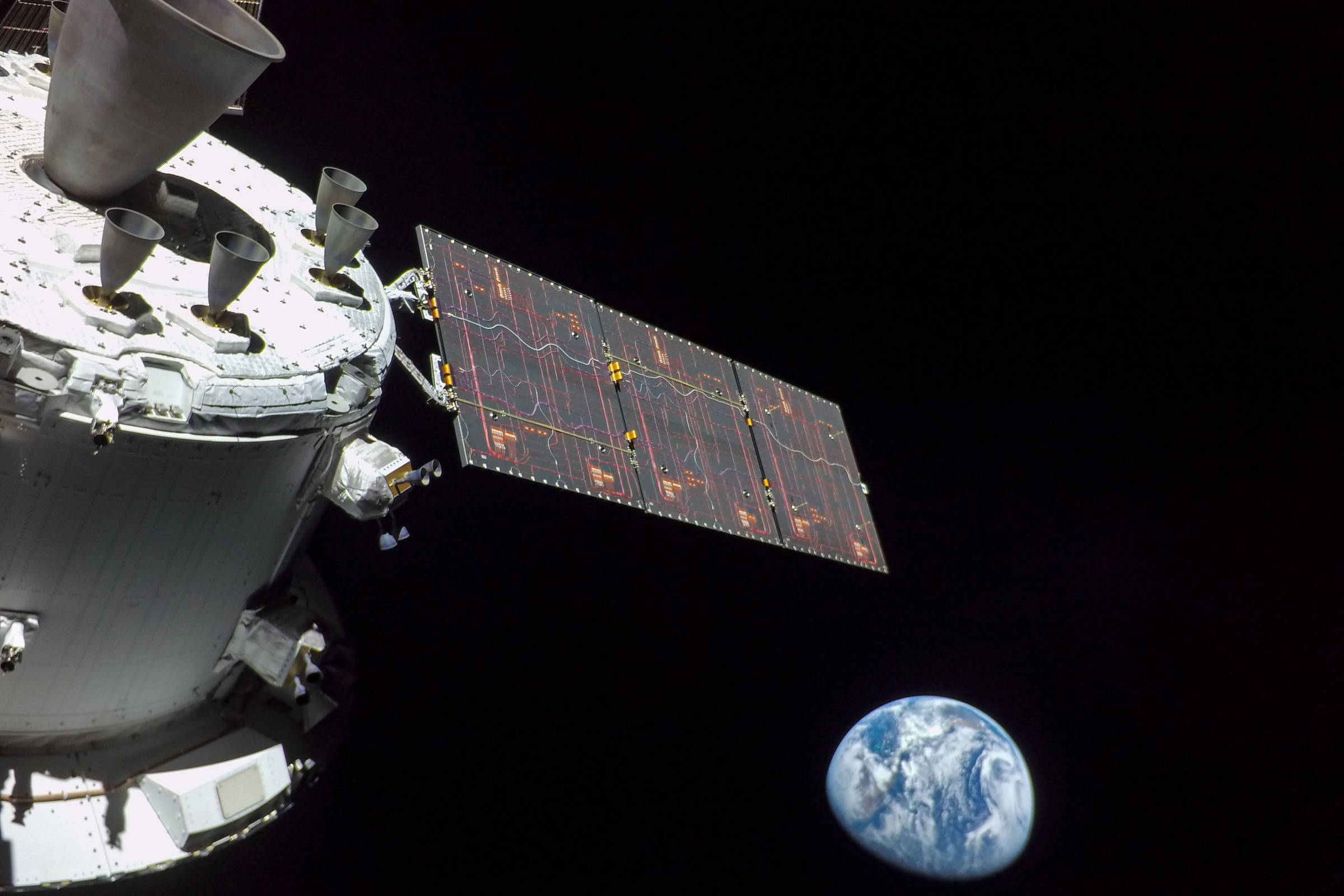 Sidereal Messenger: Artemis 1 makes a low flight over the Moon this Monday (21)

The next major milestone of the American Artemis 1 mission takes place this Monday (21), when, after five days of travel, the service module of the Orion capsule must fire its main thruster to make a low flight by the Moon.

The ignition will take place at 9:44 am (Brasília time), in a burn that should last just over two minutes and consume 20% of the available propellant. The maneuver will increase the spacecraft’s speed as it passes within about 130 km of the lunar surface.

Small trajectory adjustments were made along the journey to the Moon, but this will be the first major powered maneuver made with the service module, ESA’s (European Space Agency) contribution to the mission.

The closest approach will take place at 9:57 am, and the sordid detail: everything will happen when Orion is transiting behind the Moon, from the Earth’s point of view. That is, no direct communication with Mission Control in Houston. The whole procedure will take place automatically.

After the launch, successfully carried out last Wednesday (16), NASA has been testing the capsule systems. There were some minor issues, notably with the star trackers. They are equipment equipped with cameras that use the position of the stars to guide the orientation of the vehicle in space.

An analysis group was set up and confirmed that everything was fine with them. The anomalies were the result of the computer being occasionally confused by exhaust plumes from the auxiliary thrusters; in the images, they made it difficult to identify the stars. Nothing to worry about.

Everything going well with the powered flyby of the Moon, the next big step will be another burn, on Friday (25), to insert the spacecraft into a distant retrograde orbit of the Moon, about 64 thousand km from the surface. Over the next week, Orion is expected to break the record for the furthest human-exploration spacecraft to travel farther from Earth, exceeding 450,000 km in distance. The current record holder is Apollo 13, which reached 401,000 km.

This time, of course, the capsule travels without a crew, and the test allows NASA to push it to extreme limits. On board the command module, there are only mannequins with radiation sensors and an illustrious guest: a doll of the little dog Snoopy, a character associated with lunar exploration since the days of the Apollo missions, in the middle of the last century.

If all goes well (which will also include an electrifying re-entry into the Earth’s atmosphere at record speed), the US space agency’s plan is to conduct the Artemis 2 mission with four crew members in 2024, the first trip by astronauts to the Moon since Apollo 17, exactly 50 years ago (December 1972). However, the mission’s flight profile will be more conservative: the capsule will only circle the Moon and return to Earth afterwards, without getting to establish itself in lunar orbit. In contrast to Artemis 1’s 26 days, it will only last 10.