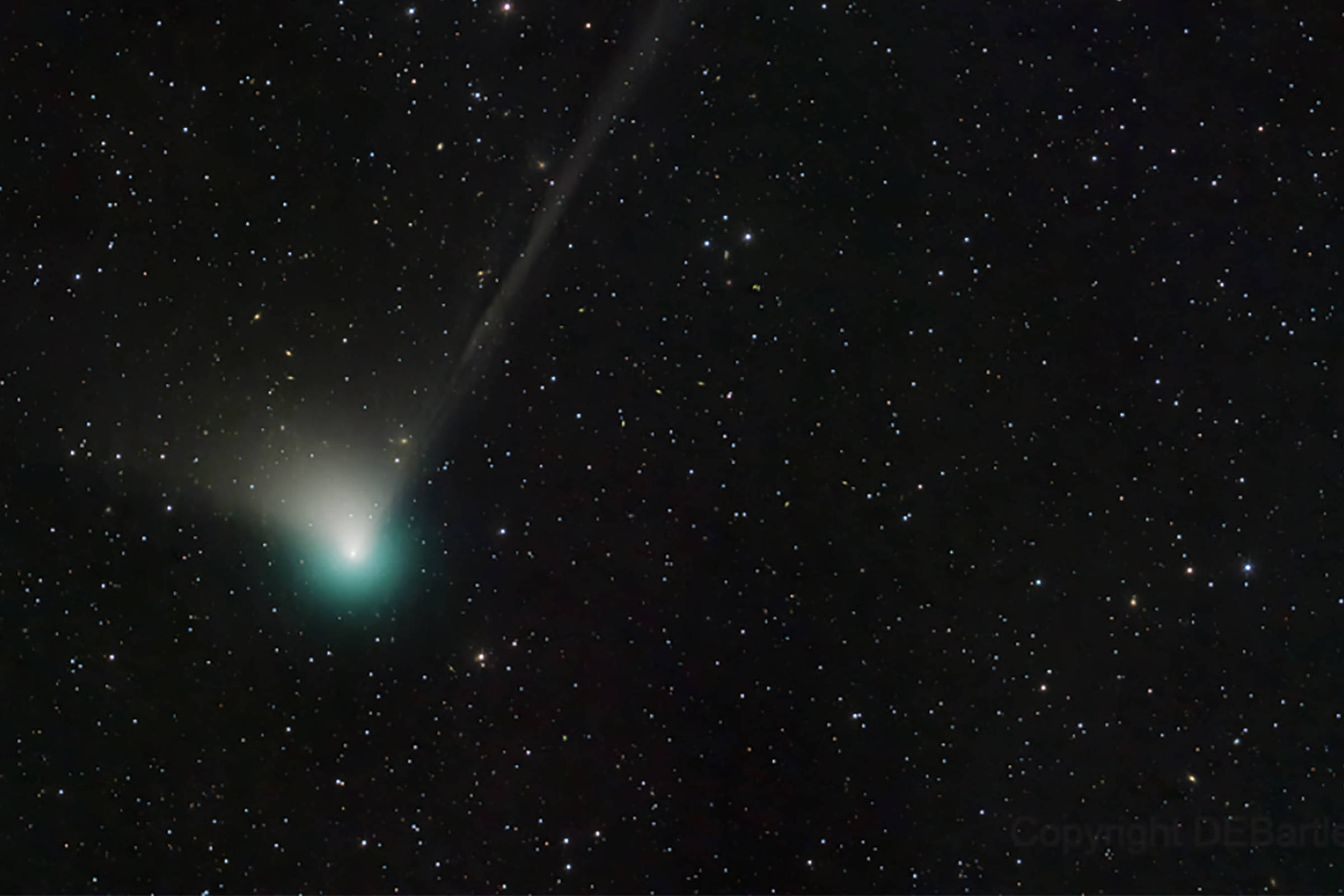 Here comes the comet that promises to be the biggest disappointment since the infamous Ison, which was celebrated in 2013 as the potential “comet of the century”, but broke into pieces as it got too close to the Sun and frustrated any more striking spectacle. The object of the time was cataloged as C/2022 E3 (ZTF) and starts to become more accessible to the sky of the southern hemisphere in February.

The initial expectation arose because, when it was discovered by the Zwicky Transient Facility (ZTC), in March last year, it was noted that the star would make a notoriously close passage to Earth. With that, despite its modest size (about 1 km), it could reach an apparent brightness (magnitude +5) that borders the limit of the sensitivity of the human eye (+5.5, on a scale in which, the smaller the number , brighter).

This closest approach will take place on February 1, when the comet will be 42 million km from Earth. It’s still a considerable distance, just over a hundred times the Earth-Moon distance, but for stars of this type it’s almost a glancing pass (and that’s just as well, because we want these objects out of the way of our planet).

The object, like other comets, is a mass of ice and rock that, when approaching the Sun, produces a tail, with the sublimation of volatile material on its surface. The perihelion, point of maximum approach to the Sun, occurred on the 12th of this month, and amateur astronomers have already been observing it for some time – but practically only in the northern hemisphere, from where it can be seen at the moment (transiting between the constellations of Ursa Minor and Ursa Major).

For the southern hemisphere, especially the highest Brazilian latitudes (South, Southeast and Midwest), the geometry only starts to favor a search next month, after perigee. Its brightness reaches its peak a few days later, on the 5th, and between the 9th and 12th it becomes easier to find it with binoculars or a telescope, as it will be close to Mars in the sky, in the constellation of Taurus (located in the north direction -northwest, dusk to around 11 pm).

The comet has an extremely elongated orbit, and astronomers estimate that if it made a previous visit to the interior of the system, it must have been around 50,000 years ago. Now, however, accelerated by solar gravity, the star has been placed on a hyperbolic trajectory – which means that it will be ejected from the Solar System, converted into one of the many interstellar vagabonds that must be out there.

That is: if you really want to see him, look for him in the next few days. But don’t set too high expectations. To the naked eye, except in very special conditions, it should not roll. But still can’t dig in. Astronomers joke that comets are like cats, you never know what they’re going to do next. Sometimes these stars suffer violent explosions due to the sublimation of the ice and suddenly increase in brightness. It can still happen.

Facebook
Twitter
Pinterest
WhatsApp
Previous article
Erdogan: Mitsotakis’ statements will not change the fate of the region
Next article
WHO praises China for vaccination against Covid and indicates change of tone