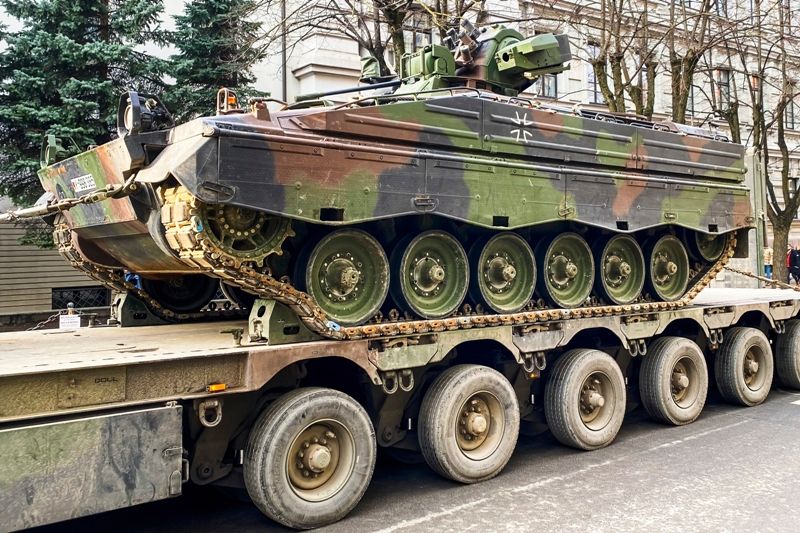 The concession from Germany of Armored Combat Vehicles of East German type BMP-1 (received in 1994), in order to be sent to Ukraineand their simultaneous replacement with an equal number of German-made Marder Combat Vehicles, is provided for in the agreement of the Prime Minister Kyriakos Mitsotakis with the Chancellor of Germany Olaf Solz.

As it became known from the Ministry of National Defense, relevant discussions had preceded and the agreement was sealed in today’s meeting of the Prime Minister Kyriakos Mitsotakis with the Chancellor of Germany Olaf Solz.

The details will be settled in the immediate future between the Ministry of National Defense and the Federal Ministry of Defense of Germany, in order for the agreement to be implemented as soon as possible.

It is noted that the BMP-1 are among the most common armored vehicles in the world, while the Marder used from the 1970s to the present.

The chancellor Olaf Solts announced earlier that it had agreed with the Prime Minister, Kyriako Mitsotakiin a cooperation similar to that of Germany with the Czech Republic, in the framework of which the latter delivers to Ukraine armored from the stock of the former Warsaw Pact, which are then replaced by corresponding German armament systems.

“Today I spoke with the Greek Prime Minister about a similar agreement with Greece, which has such systems and we will supply it with German tanksMr Soltz told a news conference in Brussels after the end of the European Council that the details would be settled by the two countries’ defense ministries. Corresponding cooperation agreements will be sought with other countries, he noted.

Facebook
Twitter
Pinterest
WhatsApp
Previous article
“They make me nauseous”: The mother of the French journalist responds to the allegations that her son was a “mercenary”
Next article
Mitsotaki’s new message in Ankara: Any suspicion of threat will be punished – Live speech at EPP conference