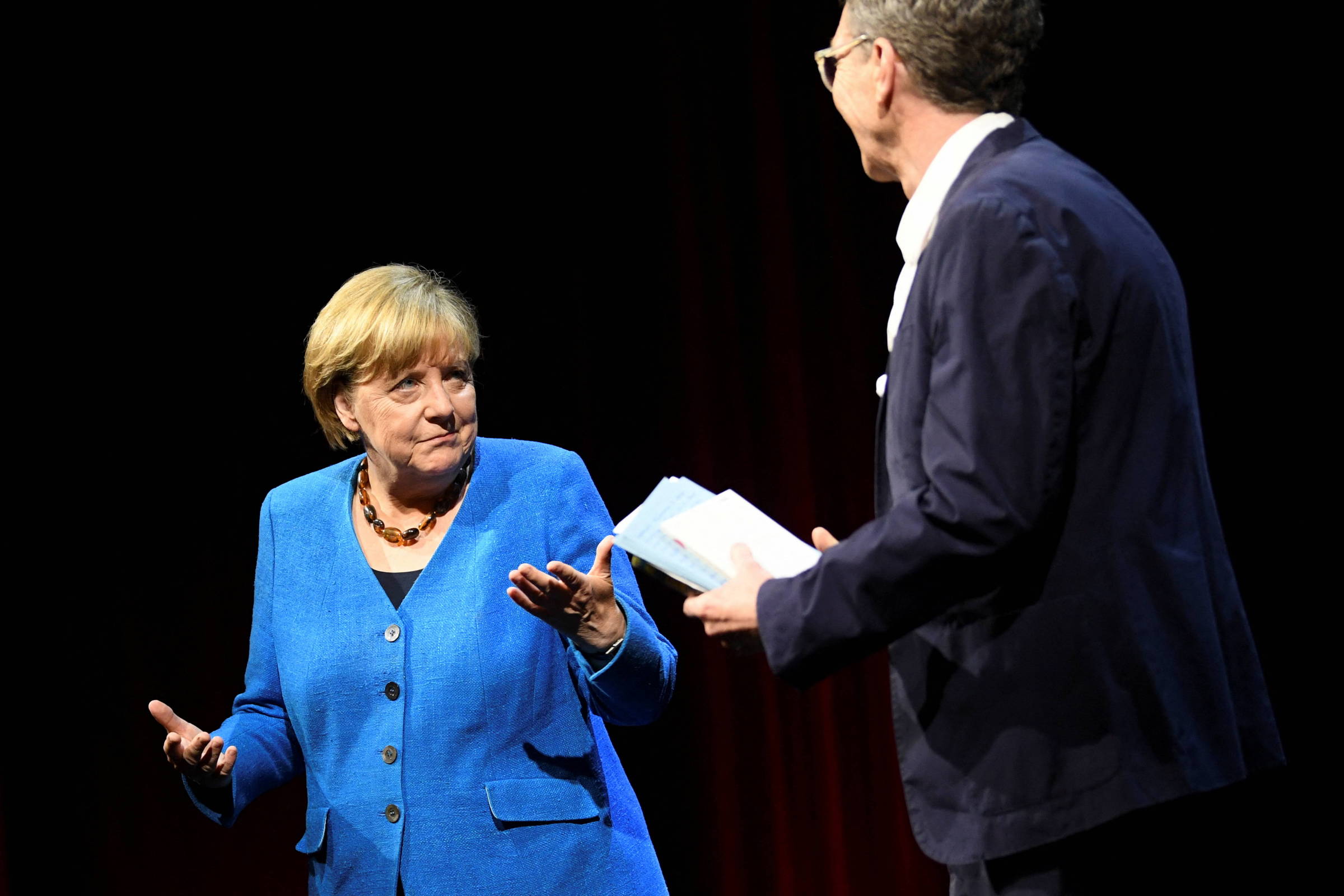 Angela Merkel, the former prime minister of Germany who, last December, ended 16 years at the head of the European Union’s (EU) largest economy, participated on Tuesday (7) in her first interview since leaving office. She again called the Russian invasion of Ukraine a “big mistake”.

Merkel has remained absent from the public arena in recent months and has come under fire for saying little about the war unfolding in Eastern Europe. She, after all, acted as a bridge for dialogue with President Vladimir Putin while he was in power. Six days ago, breaking the silence, she called the war barbaric.

Already during the most recent interview broadcast by broadcaster ARD, Merkel spoke about her role in the negotiations that tried to prevent the outbreak of conflict. She said she tried hard when she was prime minister to keep the situation from escalating and added that she doesn’t feel guilty because she knows she did what she could.

“It’s a great sadness that it didn’t work out, but I can’t blame myself for not trying,” he said. She initially referred to the Minsk Accords, treaties brokered by Germany and France that aimed at a ceasefire for the 2014 crisis, but which never came into full force or put an end to tensions, nor were they popular with the Ukrainian population, according to the statement. pre-war research.

The former prime minister also recalled that she was against Kiev joining NATO, the western military alliance, precisely to avoid an escalation of the conflict. Volodymyr Zelensky’s country has accelerated the rapprochement with the US-led alliance. Russia, for its part, claims that NATO has extended beyond the boundary in the vicinity of its territory, which would force Moscow to defend itself.

“President Zelensky is fighting corruption, but at the time Ukraine was a country ruled by oligarchs; you can’t just say ‘okay, tomorrow we’ll take them to NATO,'” he continued.

Merkel said there was no justification for what she called the “brutal disregard for international law” committed by the Putin government.

Asked about the bilateral relationship she had with Putin, she said that she was never under any illusions, but that she could not ignore Moscow either. She summed up the goal of her relationship with the Russian government as “finding a modus operandi where we are not at war, but rather try to coexist despite our differences.”

The German speaks fluent Russian — she grew up in former communist East Germany, which was reunited with West Germany in 1990. When she was prime minister, she supported the construction of the Nord Stream 2 gas pipeline to deliver Russian gas to Germany — a controversial project that is now frozen by her successor in charge, Olaf Scholz.

The project has expanded Europe’s relationship with Russia and also its dependence on energy, just as countries in the region are trying to wean themselves off Moscow’s imports — whether through fuel embargoes, accelerating the green transition or increasing, unless temporary use of coal.

On the subject, she said in the interview that the attempts by the government of former President Donald Trump to interrupt the work, by sanctioning companies involved, bothered her. “This is not done with an allied country,” she said, adding that she was grateful to the Joe Biden administration, which, upon taking over the White House, gave up blocking the project.

Asked about how her retirement from politics has been, she said that she has taken the opportunity to read the long books that she could not before and stressed that seeking a new term would have been an “anachronism”. She ruled out, however, that she has found tranquility. “I’m still a political person and, like many, I’m often sad these days,” she said, referring to the war.

The interview with Merkel took place at the Berliner Ensemble theater, headquarters of the company founded by Bertolt Brecht in Germany in the 1940s, in the capital Berlin. People lined up at the entrance to the venue, where there was a poster with the face of the former prime minister.