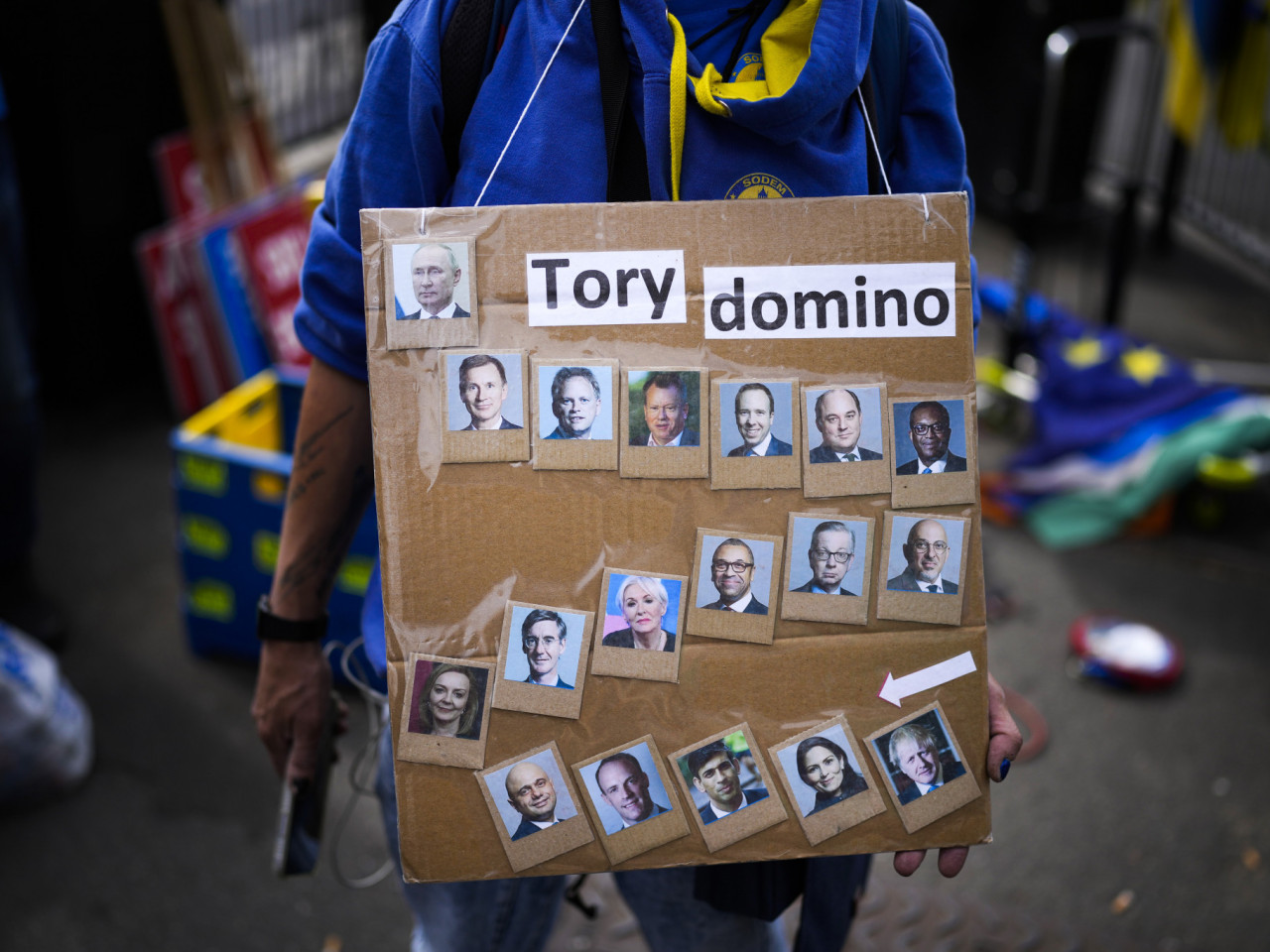 The Johnson government is dangerously shaken: Another minister has resigned

In total, since yesterday, Boris Johnson has lost 16 members of the government, while even until now his ardent supporters in the parliamentary group have publicly declared since the morning that they have lost their confidence in him.

A storm of resignations in Boris Johnson’s government, as a short while ago the Undersecretary for Housing also resigned, Stewart Andrew expressing dissatisfaction with the Prime Minister’s way of governing.

“Loyalty and unity are traits that I have always tried to provide to our wonderful party. However, I’m afraid I’ve let them get the better of my judgment recently. There comes a time when you have to take care of your personal integrity and that time is now,” Andrew said.

It is with sadness that I am resigning as Housing Minister.

I pay tribute to all my ministerial colleagues, officials, and civil servants in the Department and the wider sector.

I look forward to continuing to serve my constituents in Pudsey, Horsforth, and Aireborough. pic.twitter.com/wTnrr9rcSu

In total since yesterday the Boris Johnson has lost 16 cabinet memberswhile even until now his ardent supporters in the parliamentary group have been publicly declaring since the morning that they have lost their confidence in him.

However, the British prime minister expressed his determination to “continue” his term, despite the resignations of government officials, which weaken him against the background of a succession of scandals.

“We will continue to fulfill the mandate entrusted to me,” the head of government said during the weekly question session in parliament, which was particularly electrifying. “The job of a prime minister in difficult circumstances, when he has been entrusted with a colossal mandate, is to carry on and that is what I will do,” he added.

Johnson also told MPs that the economy was facing difficult times and Russia’s invasion of Ukraine represented the worst war in Europe for 80 years.

The British prime minister also said he detests bullying and abuse of power when asked why he promoted a Conservative MP after sexual harassment allegations were made against him.

A spokesman for Johnson said earlier this week that Johnson was aware of some allegations made against former Conservative caucus leader Chris Pincher, who was last week expelled from the party.