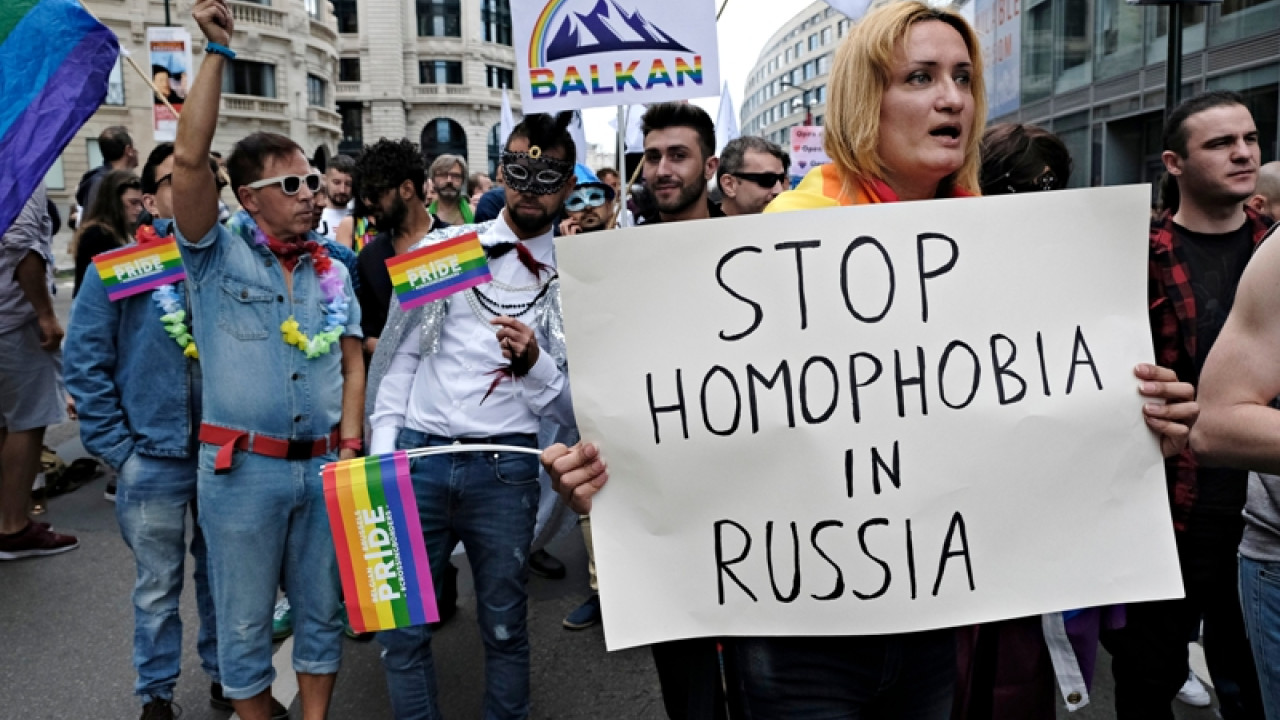 Gay family from St. Petersburg left Russia after numerous threats which he accepted. Victoria Belyaeva and Marina Arkusa are raising their daughter together. However, once they condemned Russia’s war in Ukraine, they started receiving threats. The family turned to the police, but instead of protection they received threats from the police themselves.

According to the OVD-info website, Belyaeva and Arkusa have repeatedly spoken out against Russia’s military invasion of Ukraine.

They posted pictures of themselves with anti-war placards online. Their daughter Alisa was also depicted in the photos. Telegram channels close to power gained access to their personal data, as a result of which anonymous users started threatening Beliayeva and Arkusa. The said strangers published the home address of the family. At the end of July at the entrance of their house they dropped a note that read “death to lesbians from apartment (number)”.

The family contacted the police, but received no response. However, a few days later, representatives of the guardianship bodies and the police visited them at home. They searched the apartment and stated that the family is engaged in propaganda of the LGBTI community to minors, therefore it is necessary to check.

The next day the family was visited by a man in a plainclothes who introduced himself as a representative of the Department of Criminal Prosecutions. At first he said he was looking for a man, but then he started asking questions about their activities as activists.

After a few days the family made the decision to leave Russia fearing for their safety, especially the safety of their daughter.

At the same time, in the city Yekaterinburg the police brought administrative proceedings against the transvestite artist Bomba Kimbersishi (real name Sergey Nechanov) for singing the national anthem in a gay club while holding the LGBTI flag. the E1.ru website broadcasts.

The prosecution against the artist, who was a veteran of the war in Chechnya, was brought on the basis of the article on violation of the order of the official use of state symbols. The head of the press service of the police of the Svedlovsk region, Valery Gorelich, said that the case will be examined by a regional court next week.

“The singer, as well as the entertainment center itself, in which this incident took place, have already apologized for the incident, admitting that the police acted correctly. The Middle Urals is not America and it is not Europe with its pseudo-democracies, such ‘tricks’ will never pass to us,” said Gorelich.

On August 7, Deputy Chairman of the Committee on Family, Women and Children of the State Duma (lower house) Vitaly Milonov, in a post on social media in which he criticized the appearance of the artist, suggested that the “Kyberchisi Bomb” should be sent compulsory for psychiatric treatment.

Facebook
Twitter
Pinterest
WhatsApp
Previous article
‘I didn’t even know who I was’, says wife of Guilherme de Pádua about photo with Michelle Bolsonaro
Next article
Chinese buyers lose patience amid housing crisis