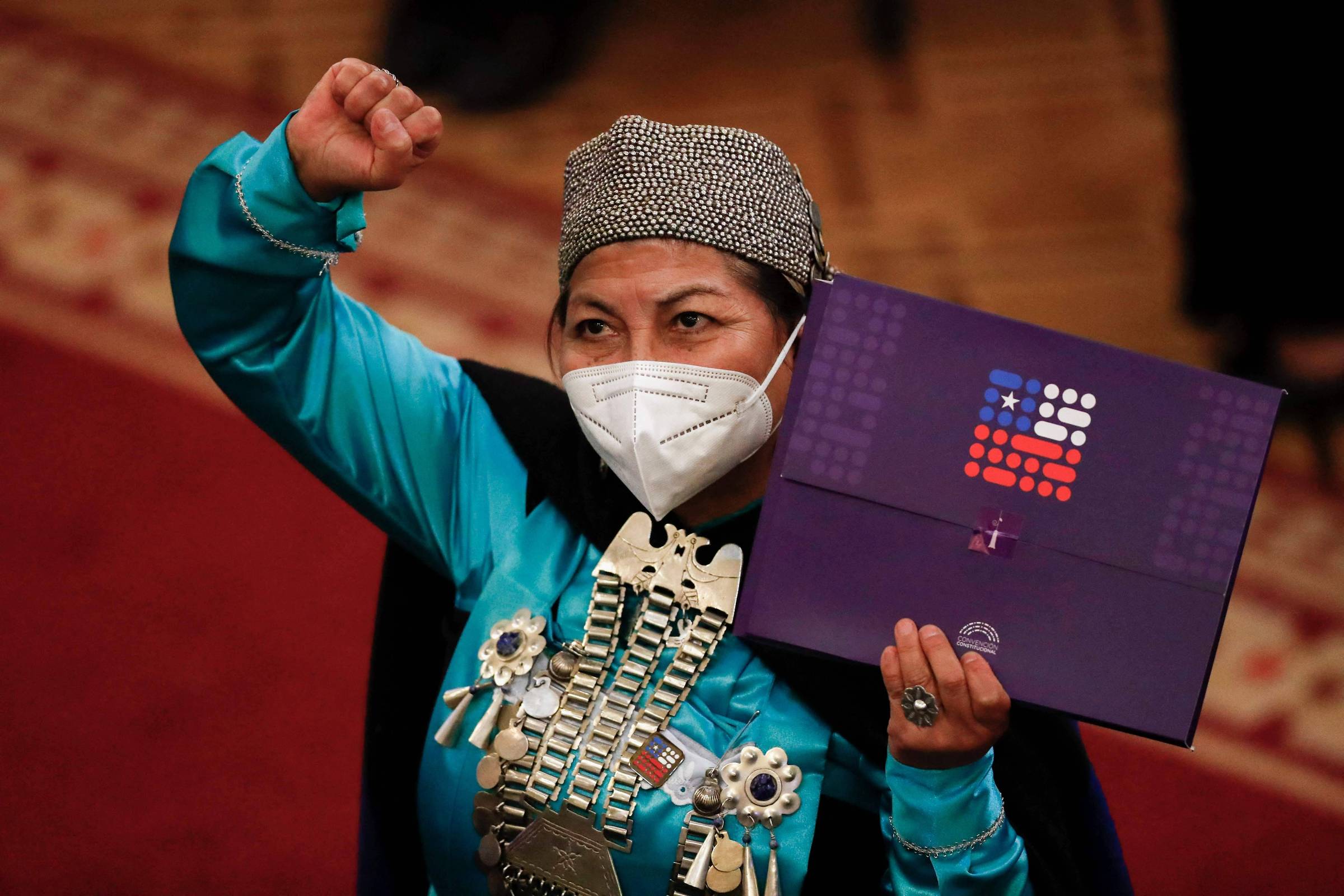 Chile’s Constitution has controversial articles on indigenous peoples, abortion, gender and the environment

The most controversial points of the proposed new Constitution of Chile, which will be put to the vote this Sunday (4), are related to the recognition of the country as “a plurinational, intercultural, regional and ecological State”.

In a recent survey by the Feedback institute, 39% of respondents said they believe that the new Charter establishes that not everyone is equal before the law by granting new rights to indigenous peoples, such as autonomy over their lands and recognition of their culture.

Another 31% said they understood that the idea of ​​plurinationality could “divide” or “dissolve” Chile — which is why the country’s flags are a recurring element of identity affirmation in protests against the proposal.

The points in the text highlighted as more modern are those related to the environment, including the article that states that “nature has rights” and that “animals must receive special protection”. There are specific legislations to preserve glaciers and swamps, which will be excluded from the territories released for mining, and there are plans to nationalize access to water – currently limited by a system of concessions to private companies.

Proposals such as greater regulation of mining companies, protection of springs and indigenous lands, as well as areas designated for lithium exploration, are applauded by communities, but are criticized by the market.

In a recent editorial, the Financial Times newspaper stated that the document “is worrying for business”, among other reasons, as it gives indigenous people more autonomy over their lands and, as a result, hinders production and investment. The vehicle also considers the elimination of the Senate and its replacement by a “Chamber of the Regions”, whose intention would be the decentralization of the administration of the country in Santiago, to be a mistake.

Other prominent articles of the new Constitution related to the political system concern reelection. Previously, a president could only be re-elected on a non-consecutive basis. The new proposal provides for the possibility of re-election only once and consecutively.

There are even more limitations on the president’s prerogative to vote on laws involving public spending. Congress would need, under the new Charter, to participate in the decision.

Another change provides that the Chamber of Deputies will be able to reform laws with the approval of a simple majority – the current regime requires a two-thirds approval of the House, which can obstruct the progress of projects on which there is little consensus.

Housing, safety, health, work, health and access to food are now considered “social rights”—that is, providing them becomes an obligation of the State.

With regard to gender policies, the State is committed to being equal — the same number of men and women — in all its instances and is obliged to take measures to punish any type of gender violence.

The text submitted to the vote also opens space for the regulation of a law that takes into account only the woman’s desire to have an abortion. Details such as how the procedure will be carried out in the public system and the deadlines for terminating the pregnancy still depend on a later decision by Congress.

With regard to indigenous peoples, there are articles that allow for the self-determination of these peoples, as well as the creation of local justice systems linked to their traditions. These themes are extremely polarizing and therefore are also open to debate and regulation by Congress.

Autonomy does not mean independence nor does it allow indigenous nations to maintain international relations as if they were countries, but it does ensure that land administration and teaching of native languages ​​is controlled by indigenous peoples. The text also allows indigenous people to participate in public bodies and establishes the need for prior consultation in cases where any public policy may affect them directly.

Indigenous justice systems also exist in the plurinational Constitutions of Ecuador and Bolivia. They allow certain minor crimes to be dealt with by communities in accordance with their ancestral traditions. More serious cases, however, such as murders and kidnappings, would still be within the scope of ordinary justice, to which their indigenous aspect would be linked.