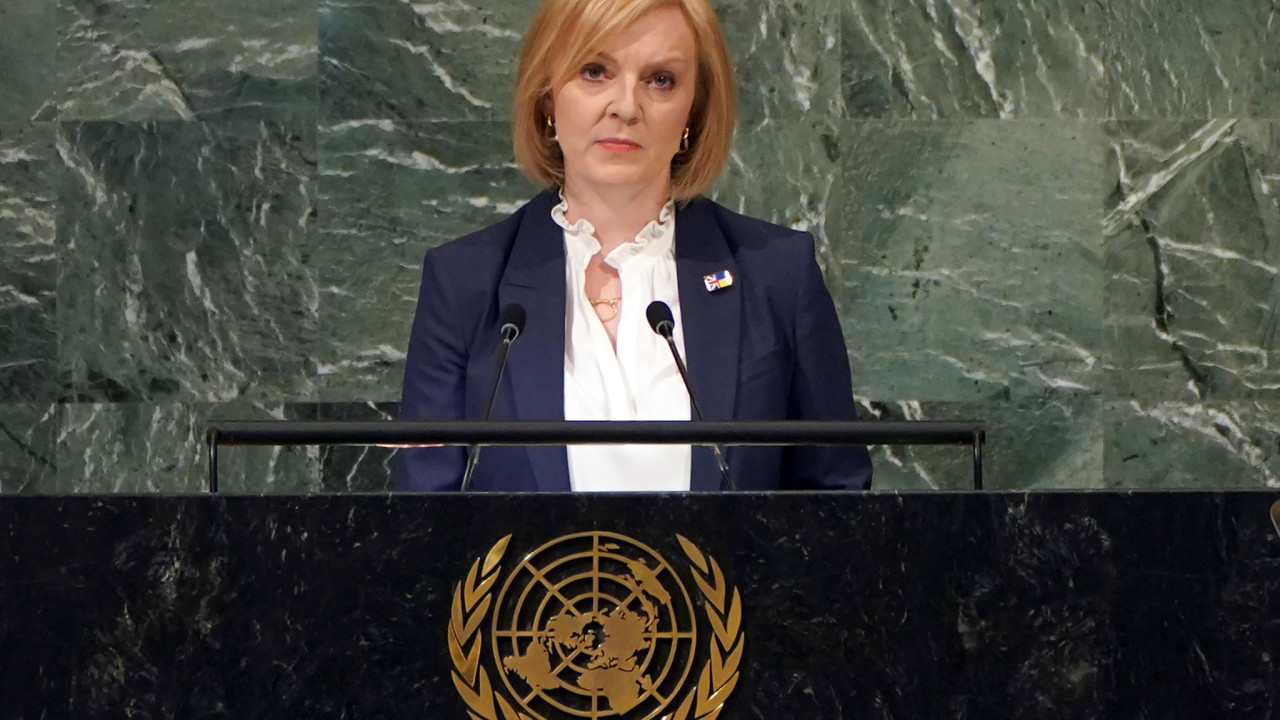 Britain: With conscription, Putin is “trying to justify his disastrous failure” in Ukraine

Prime Minister Truss promised military aid until the victory of the Ukrainian forces while speaking at the UN.

The United Kingdom will continue to provide military aid to Ukraine until its victory over Russia, new Prime Minister Liz Truss pledged on Wednesday before the 77th General Assembly of the United Nations.

“At this critical moment in the war, I promise that we will maintain or increase our military support to Ukraine for as long as it takes (…). We will not rest until after Ukraine triumphs”, stressed Mrs. Trass from the floor of the General Assembly.

Earlier, Ukrainian President Volodymyr Zelensky demanded in his own taped speech that “just punishment” be imposed on Russia, which US President Joe Biden accused of “violating” fundamental principles of the United Nations.

Ms Truss said Russian President Vladimir Putin, who announced yesterday morning the mobilization of hundreds of thousands of reservists, was “trying to justify his disastrous failure” in Ukraine.

But this “will not work”, she continued, “the international alliance is strong and Ukraine is strong”, said the new head of the British government.

For Liz Truss “Ukrainians are not only defending their country, they are defending our values ​​and the security of the whole world” and “that’s why we have to act”.

The Prime Minister pledged that “by 2030, the United Kingdom will spend 3% of its GDP on defense, maintaining (its) leading position as a security factor in Europe.”

At the same time, Mrs. Truss advocated the promotion of a liberal economic plan, a kind of “economic NATO”, as she put it. “The G7 and our partners with whom we share the same vision must act like an economic NATO, to collectively defend our prosperity,” the Conservative prime minister said.