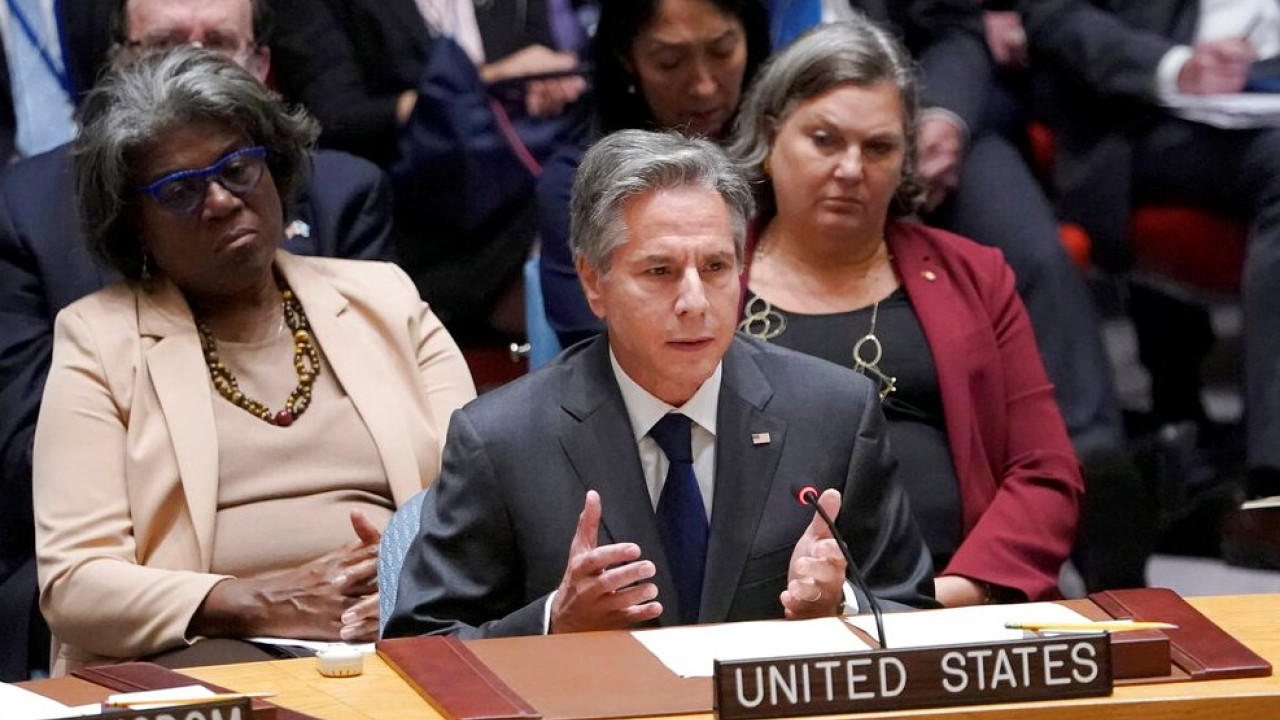 Blinken to UN: Let’s not let Putin get away with it – He must be held accountable

Addressing the members of the SA, the US Secretary of State asked them to “send a clear message that (Russia’s) reckless nuclear threats must stop immediately”.

Call on the international community to oblige the president of Russia Vladimir Putin to account for the invasion of Ukraine, the US Secretary of State said on Thursday Anthony Blinken.

“We can’t let Putin get away with it like that” pointed out the head of American diplomacy, speaking at the meeting of the UN Security Council.

Addressing the members of the SA, the American Foreign Minister asked them “to send a clear message that (Russia’s) reckless nuclear threats must stop immediately.”

He described Russia’s declaration of partial mobilization as yet another sign of Moscow’s contempt for the United Nations, and underlined that the Kremlin’s plans to annex occupied Ukrainian territories constituted a dangerous escalation of the war. “That President Putin has chosen this week, when most world leaders are gathering at the United Nations, to add fuel to the fire (…) demonstrates his utter contempt for the UN Charter,” said Blinken.

He reiterated that the US would continue to support Ukraine in its fight against the Russian invaders, so as to strengthen its negotiating position in the effort to find a diplomatic solution.

A day after the president Joe Biden attacked the Russian president accusing him of flagrant violations of the UN Charter and international law, the US argued at the UN Security Council that Russia should face further isolation over its invasion of Ukraine.

Blinken listed several allegations of Russian war crimes and other atrocities, and called it an affront to the international order that some countries have yet to condemn them.

The head of Russian diplomacy Sergey Lavrov anyway at the Security Council on Western accusations regarding the war in Ukraine, arguing that the decision for the “special military operation” – as the Kremlin calls the invasion – was “inevitable” in order for Moscow to protect the Russian-speaking population of Donbas.

Facebook
Twitter
Pinterest
WhatsApp
Previous article
The bodybuilder who ‘cut off Maradona’s legs’ in 1994
Next article
Market: Stocks sink, Tokyo flies to the aid of the yen