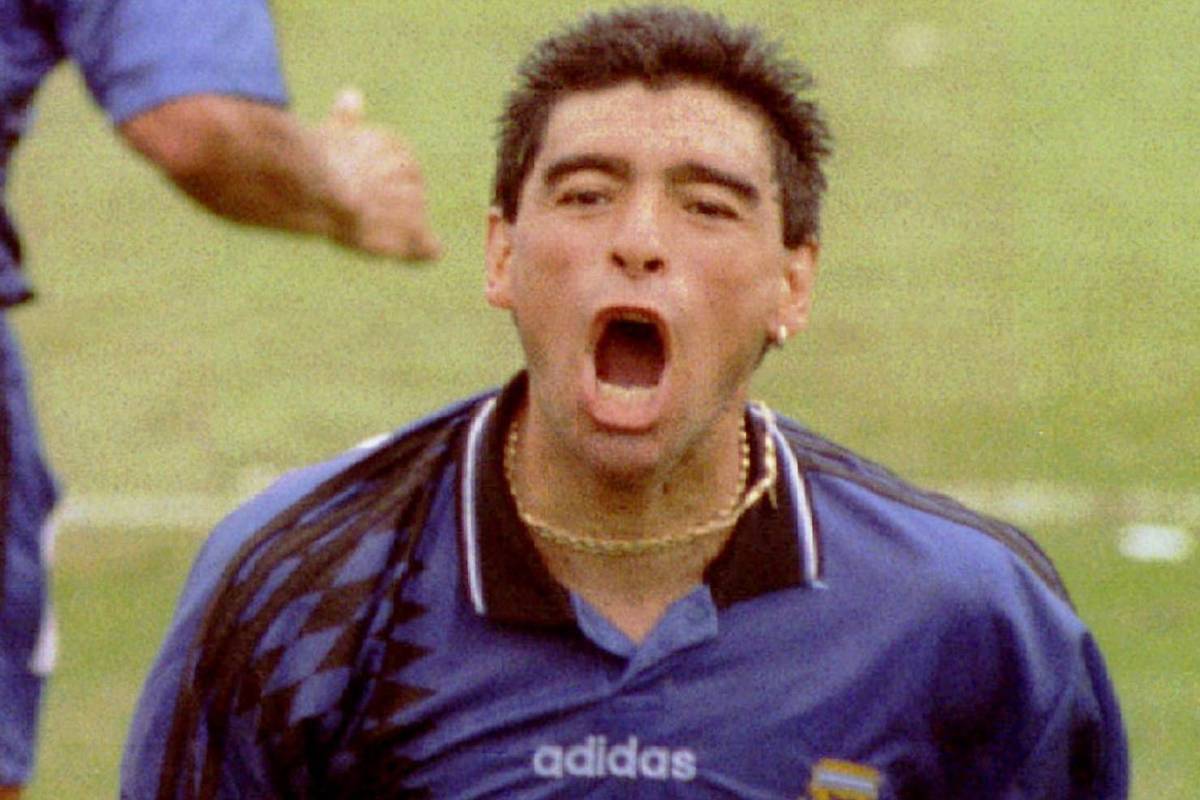 The bodybuilder who ‘cut off Maradona’s legs’ in 1994

Fernando Signorini’s memory is that Diego Maradona’s room looked like a pharmacy. The number 10 personal physical trainer asked him what the bottles were on the dressing table at the hotel where the Argentine national team stayed in Boston, during the 1994 World Cup, in the United States.

Only one person knew. And it wasn’t Maradona himself.

“Nobody had heard of Daniel Cerrini. He was a stranger until Diego showed up with him at the rally and demanded that he go to the World Cup”, recalls Roberto Peidró, a doctor at the AFA (Argentine Football Association).

The way was set for one of the most controversial moments in the history of World Cups: Maradona’s doping. Cerrini would go from an obscure character to the protagonist of a traumatic episode in Argentine football.

“To this day I find it all strange. I don’t know if anyone received money, if it was a political issue or if there is any other side that we don’t know. The only certainty I have is that Diego did not dope on purpose”, he tells Sheet28 years after the episode, Fernando Signorini.

Maradona was caught in the anti-doping test with ephedrine, a substance that offers energy stimulation, improves athletic performance and helps to lose weight. The test was carried out after the victory over Nigeria in the second round of the group stage.

“He was happy with what he was playing, and we felt that Argentina could be on the way to the title”, says Sergio Goycochea, reserve goalkeeper at the tournament and witness of what happened in concentration.

Today everyone recognizes that they should have questioned the ace more often about what he was ingesting, advised by Cerrini. Nobody wanted to challenge him. Maradona was more than captain of the team, and his authority went beyond that of Alfio Basile, the coach.

Cerrini was a bodybuilder, owner of the New Age gym in Belgrano, near the River Plate stadium in Buenos Aires. The midfielder had an apartment in the region.

The most accepted version is that they met through Zulemita Menen, daughter of the then President of the Republic, Carlos Menem. In the book “El Último Maradona: cuando a Diego le Cortaran las Piernas”, journalists Alejandro Wall and Andres Burgo recall that Cerrini was a friend of Sergio Goycochea’s wife.

The year was 1993, and Maradona was away from football. From the stands of the Monumental de Núñez stadium, he watched Argentina be thrashed 5-0 by Colombia and heard thousands of fans begging for his return. He called Signorini to help him get in shape.

The fitness coach took him to the El Marito ranch in Santa Fe, in the middle of nowhere. A farm where the television only tuned one TV channel and with hot water for two daily baths.

“When he saw that the TV wasn’t working, he went out the window and shouted: ‘Where did you take me, you son of a bitch?’. I replied back: ‘For Fiorito!'”, says Signorini, referring to the neighborhood where the ace grew up.

The clear message was that Maradona would have to find himself again. Accompanied by his friend and father, “don Diego”, he lost weight and applied himself in training. Away from cocaine, he had withdrawals. But he took the field in both repechage matches against Australia. Argentina qualified.

Cerrini appeared to help him with “supplements” and exercise programs.

“I was immediately suspicious. I asked Diego why he needed that guy’s presence. He replied that he was a friend and would help”, recalls the trainer.

One of Cerrini’s supplements — who had already been involved in a doping episode by an athlete in a bodybuilding competition in São Paulo, in the 1980s — was called Ripped Fast. One argument of the conspiracy theories that formed later about doping is that Maradona had been taking the pills for months, had been tested and had never come back positive.

The issue was that the product ended up during the preparation for the World Cup, already in the United States. At Cerrini’s request and Maradona’s order, the selection’s technical committee bought more capsules of a product that would be identical, called Ripped Fuel. But these had ephedrine. Nobody noticed.

As soon as the doping news broke, the national team doctors invaded Cerrini’s room and put him against the wall.

The bodybuilder was soon withdrawn from the concentration and sent back to Argentina. Upon landing in Buenos Aires, he found the country in commotion. Without the presence of Maradona, the selection was defeated by Bulgaria in its group and eliminated in the round of 16 by Romania.

At the initiative of Julio Grondona, president of the AFA, the number 10 and captain was removed from the delegation even before FIFA (International Football Federation) took any decision. Diego would later be suspended for 15 months. He swore his innocence and said, in one of his most memorable lines, that his legs had been cut off. Grondona’s political decision made him rewarded by João Havelange, a Brazilian who commanded football’s highest body.

The Argentinian started his ascension in FIFA that made him reach the vice presidency.

Cerrini went on to be a cursed figure in Argentine football, but Maradona never blamed him.

“He was wrong, but I take responsibility,” he wrote in his biography, “Yo Soy el Diego.”

Facebook
Twitter
Pinterest
WhatsApp
Previous article“Descent” of motorcyclists with impressive Harley Davidsons in Halkidiki
Next articleBlinken to UN: Let’s not let Putin get away with it – He must be held accountable