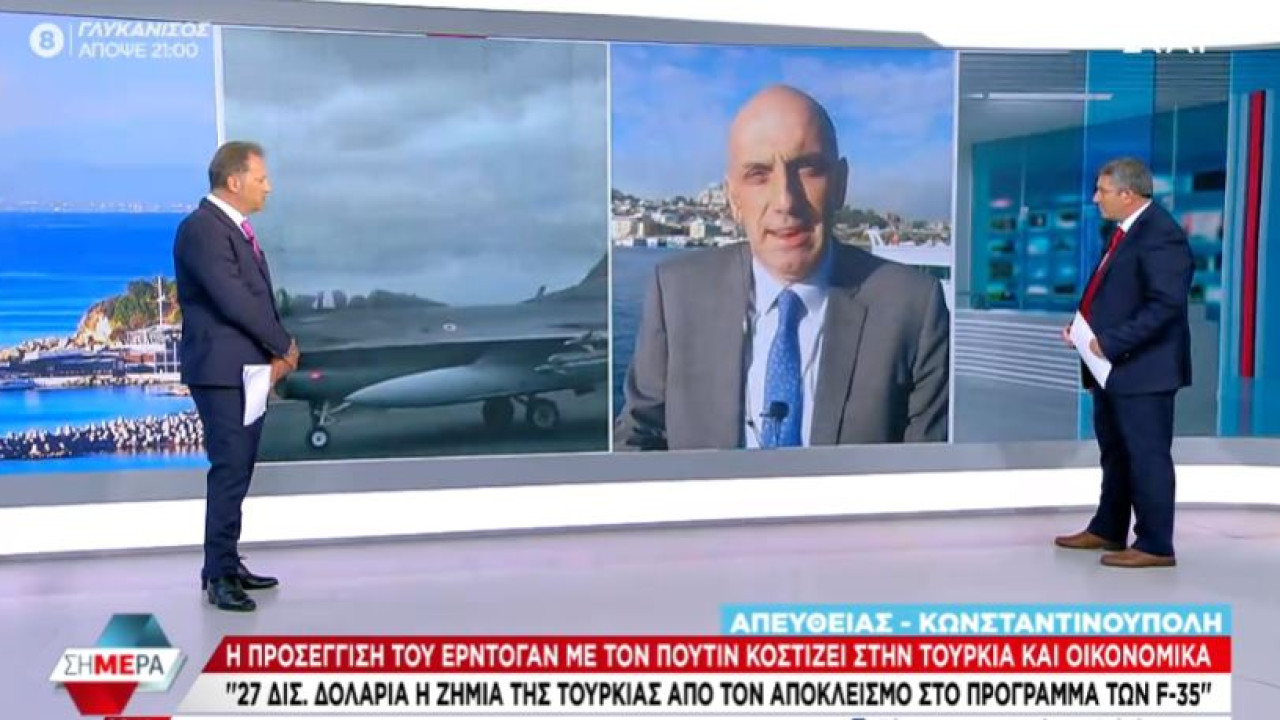 His strategic choice caused enormous economic damage to Turkey Recep Tayyip Erdogan to turn to Russia for the defense reinforcement of the country.

As reported by the SKAI correspondent, Manolis Kostidisfrom Istanbul, the array of S-300 that Ankara bought from Moscow led to the exclusion of Turkey from the F-35 program and it cost her dearly in two areas.

Apart from the fact that he has fallen behind defensively as well Turkey would have at least six F-35s todaythe US blockade cost the Turkish economy 27 billion dollars.

“We took a $27 billion loss from being kicked out of their program. F-35. 27 billion dollars. Everyone understands the magnitude of the $27 billion damage. Also, we had paid 1.4 billion dollars and we have not received even this amount”, emphasized the Turkish analyst, Deputy General of the Air Force, Erdoğan Karakus.

Although Erdogan expressed his optimism that there will be F-16 deal with the US in the midst of pressure from Ankara, so far there is no light at the “tunnel”.

Facebook
Twitter
Pinterest
WhatsApp
Previous articleMitsotakis: Greece is on Libya’s side – The mercenaries should leave
Next articleUnbelievable tragedy in Volos: Elderly woman sat with her dead brother for five hours – Read the shocking story