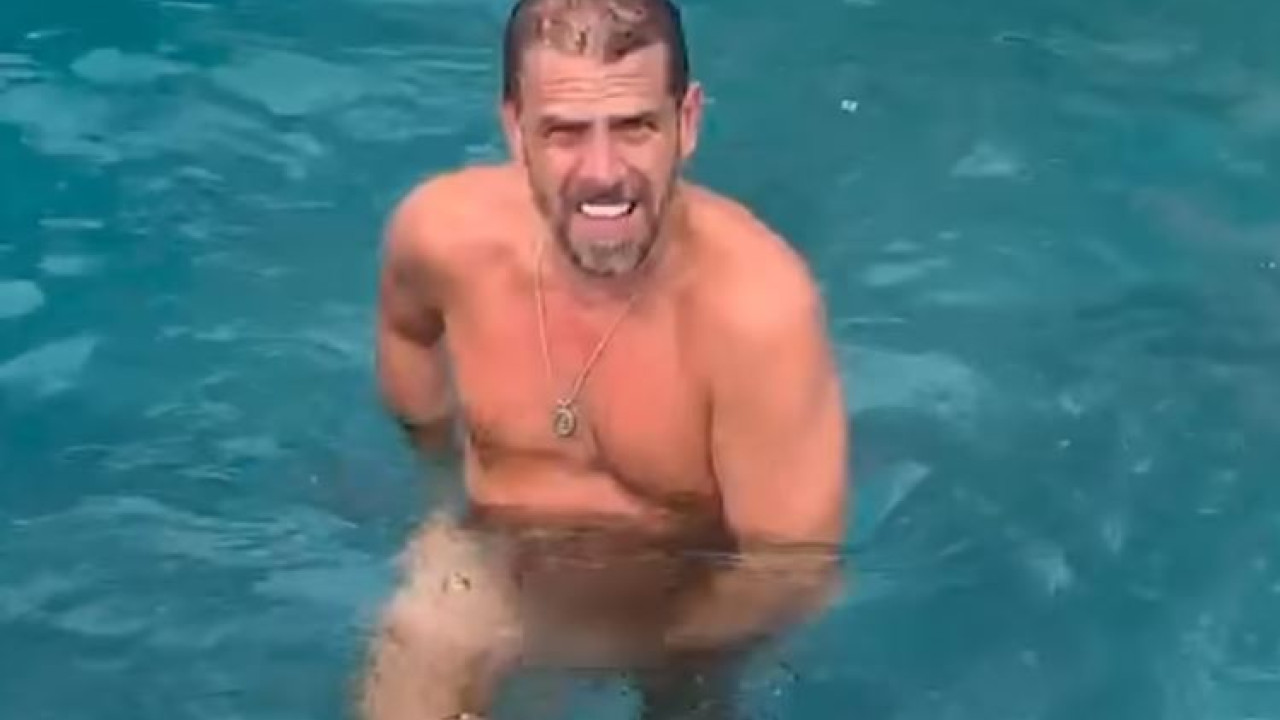 New documents with Biden’s son: He goes naked on a water slide and has fun with “girls” (video – photos)

The son of the American president, Hunter Biden, appears in new videos having a wild party in a mansion in Malibu.

New … adventures for the “black sheep” of the Biden family.

The son of the American president, Hunter Biden, appears in new videos having a wild party in a mansion in Malibu.

The videos brought to light by the Daily Mail date back to 2018, before Joe Biden became president.

They show Hunter Biden dancing half-naked, stripping and sliding naked on a water slide while a woman can be heard laughing.

According to the British tabloid, the woman is Halle Biden, his brother’s widow and ex-lover, who had invited her to the villa in the fall of 2018. Halle filmed him jumping naked in the pool and slapping his butt.

In another snap – published exclusively by the Mail – the son of the US president and lawyer by profession can be seen having sex with several paid girls at the same time by the pool and jacuzzi, with a jar of ‘weed’ next to him.

In another, naked girls swim in the mansion’s pool.

The videos in question were stored on Hunter’s abandoned laptop and came into the possession of DailyMail.com.

Hunter Biden has been exposed many times with the details of his personal life often in the public eye. His ex-wife in her memoir describes Hunter’s promiscuous life with drugs, sex and infidelities, while pink videos and photos of his private moments have been leaked to the press several times.

Facebook
Twitter
Pinterest
WhatsApp
Previous articleBrothers broke into apartments under the pretext that their clothes fell from the balcony – Be careful not to “step on” her!
Next articleThe “indivisible” on the Finnish border continues – 7,000 arrived yesterday from Russia