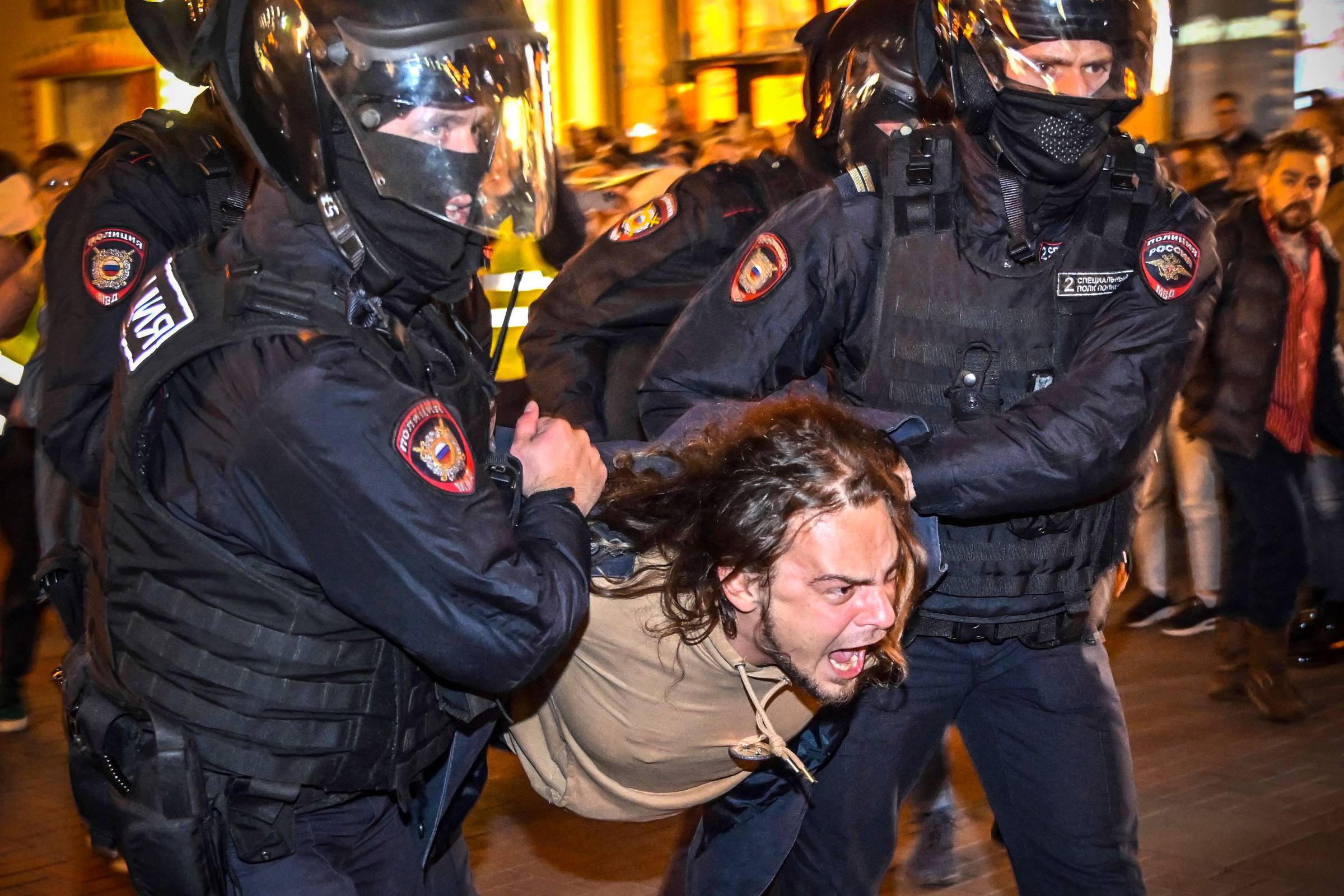 ‘I’ll break my arm, my leg, or anything to avoid being drafted’: who are the reservists Putin wants to send to war

In the big cities, Russia’s war against the neighboring country has always seemed something far away. But as soon as President Vladimir Putin’s most recent speech ended, it hit many people’s homes. Being sent into combat was closer than anyone could have imagined.

All of a sudden, the chats and text exchanges erupted with anxious discussions about what would happen next. Plans were made on how to avoid being sent to the front lines.

“It was like an 1980s sci-fi movie. A little scary, to be honest with you,” says Dmitry, 28, who works in an office in the city of St. Petersburg. Employees couldn’t start the workday, glued to the speech on TV, computer and cell phone screens.

He excused himself from the office after lunch and went to exchange rubles for dollars at a nearby bank.

Dmitry moved house after receiving a visit from the police for participating in an anti-war demonstration – he believes it would be more difficult for the authorities to find him in the new location.

“I’m not sure what to do next: get on the next plane abroad or stay in Russia a little longer and get chased by the police at some anti-war rallies.”

Sergei —not his real name—has already been summoned.

A 26-year-old doctoral student and professor at a leading Russian university, he was waiting for a food delivery the night before Putin’s speech when the doorbell rang. Instead, he came across two plainclothes men who handed him military documents and asked him to sign.

The BBC has a copy of these documents, which request Sergei’s presence at a recruitment center on Thursday (22).

The Russian government has said that only people who have done military service and have special skills or combat experience will be drafted.

But Sergei doesn’t fit that description and his stepfather is concerned that avoiding conscription is a criminal offense in Russia.

The stepfather works at a state-owned oil company and, hours later, was asked to provide a list of employees who were legally exempt from military service.

Most Russian men have been looking for ways to avoid being drafted.

In Moscow, Vyacheslav says he and friends began looking for medical reasons to escape the military selection.

“If you’re drunk and you’re arrested while driving, it’s expected that your driver’s license will be taken away and you’ll have to undergo treatment. I can’t be sure, but I hope this is enough to avoid being taken away. [para o Exército].”

Vyacheslav’s brother-in-law narrowly avoided enlistment because he was not at home when authorities arrived. His mother saw the documents, which required him to report for duty between September 19 and 23.

“He has locked himself in a room and refuses to come out,” says Vyacheslav.

“He has two small children, aged one and three. What can he do?”, he asks.

Another man, from Kaliningrad, told the BBC he would do anything not to serve in the war: “I will break my arm, my leg, I will go to prison, or anything to avoid being drafted.”

Thousands of Russians took part in anti-war protests in cities across the country on Wednesday night. Many said they received summons papers on the street even or later when they were detained by the police.

The human rights organization OVD-Info has listed up to ten police stations in Moscow where protesters received summoning documents. At least one man in Moscow’s Vernadsky district refused to sign and was threatened with criminal prosecution.

A woman told the independent website Mediazona that her husband was detained at an anti-war protest in Arbat, in central Moscow. He was taken to a police station, where he received summons papers and signed them while he was being filmed. He was instructed to appear at a military post on Thursday (22).

Mikhail, 25, left Russia for neighboring Georgia at the start of the war. He only returned to the small hometown where he lived in the Urals for a few days. He had planned to return but is now worried about the threat of nuclear weapons suggested by President Putin and will stay in Russia, close to his family.

“We are in a state of panic. In my city, many already have summoning papers, but I am not registered to live here, so I will not receive them”, he believes.

He recently got a good job in Tbilisi but now considers the opportunity useless because of Vladimir Putin’s military escalation.

“On September 21, he managed to destroy even the mess he made on February 24 [o início da invasão]”, compares Mikhail.

“I’ve completely stopped caring. I only live for today.”