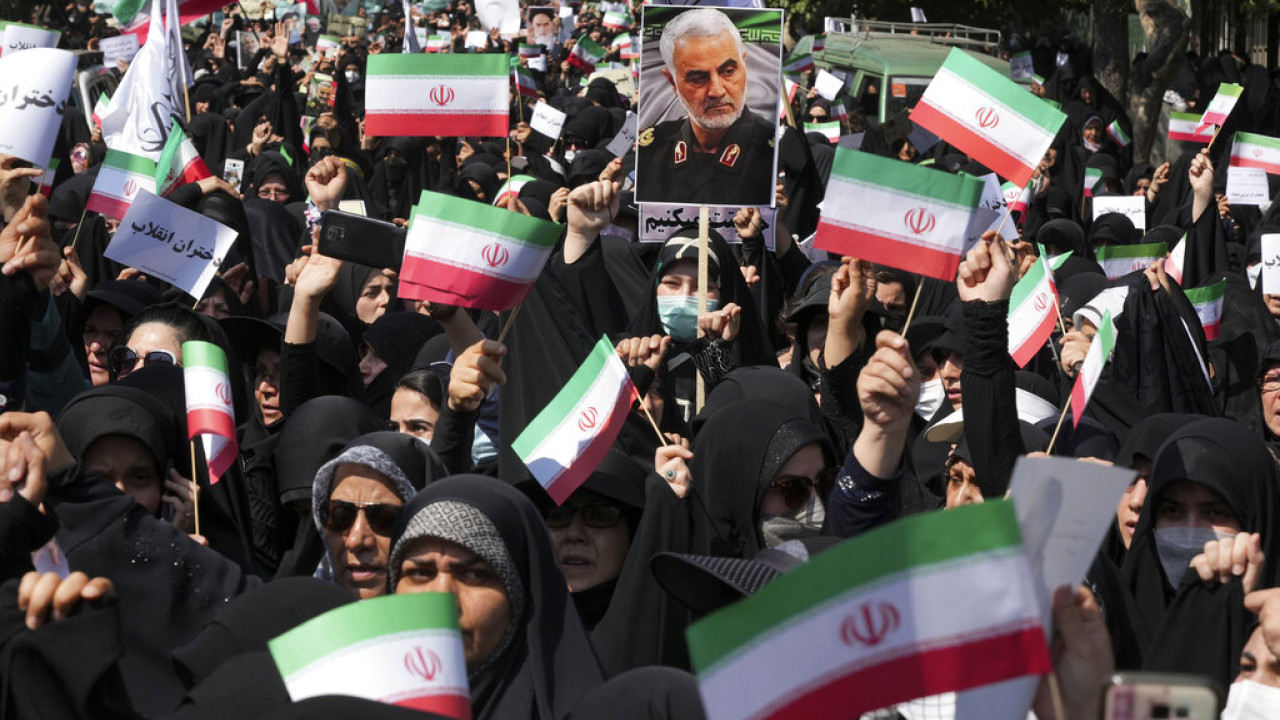 BBC: Why Iran is facing its most serious insurgency in years

“The fact that many men are participating in the protests shows that society has turned to more progressive demands,” argues Iranian sociologist Mehrdad Darvishpour.

In the last week, Iran is faced with an unprecedented wave of anger mainly from women who have poured into the streets after the death of 22-year-old Mahsha Amini, but also with brutal repression by the authorities who are trying to impose order in a country that is “on fire”.

The fact that 22-year-old Amini died while being arrested by Ethon Police for not wearing her headscarf properly has sparked a wave of unrest from Iranians fighting for their fundamental rights. So far 30 people have been killed in the protests while the country is facing its most serious challenge in recent years.

However, the death of Mahsa Amini comes to add to an already difficult period that the country is going through. Iranians feel tired and disheartened by the systematic corruption of the political elite, growing poverty, inflation that has exceeded 50%, deadlock in nuclear talks and a lack of social and political freedom, according to the BBC.

According to the Research Institute of the Social Security Organization of Iran, at least 25 million Iranians lived below the poverty line as of June 2021. However, this number is expected to have increased. At the same time, society itself and its demands seem to have changed. The main slogan of the protesters is “Woman, Life, Freedom”, who are calling for more equality.

“The fact that many men are taking part in the protests shows that society has turned to more progressive demands,” says Mehrdad Darvishpour, an Iranian sociologist at the BBC.

“We are witnessing the birth of a mega-movement,” adds Mehrdad Darvishpour and concludes that there is no going back from this.

The 22-year-old’s death has shaken even some of the government’s hard-line supporters. Many of them, including some clerics, question the violent tactics used by the Moral Police against women. So the government has two options: Either change its strict hijab rules that are part of the Islamic Republic’s identity – although doing so may encourage protesters to push on until they reach their ultimate demand for regime change – or to change nothing and continue the violent repression that may momentarily quell the unrest, but will fuel the ever-increasing anger of the citizens.

Facebook
Twitter
Pinterest
WhatsApp
Previous article
Peskov Threats: After Referendums, Attacks in Donbass Are Attacks on Russian Territory
Next article
‘Riverdale’ actor sentenced to life in prison after killing his own mother