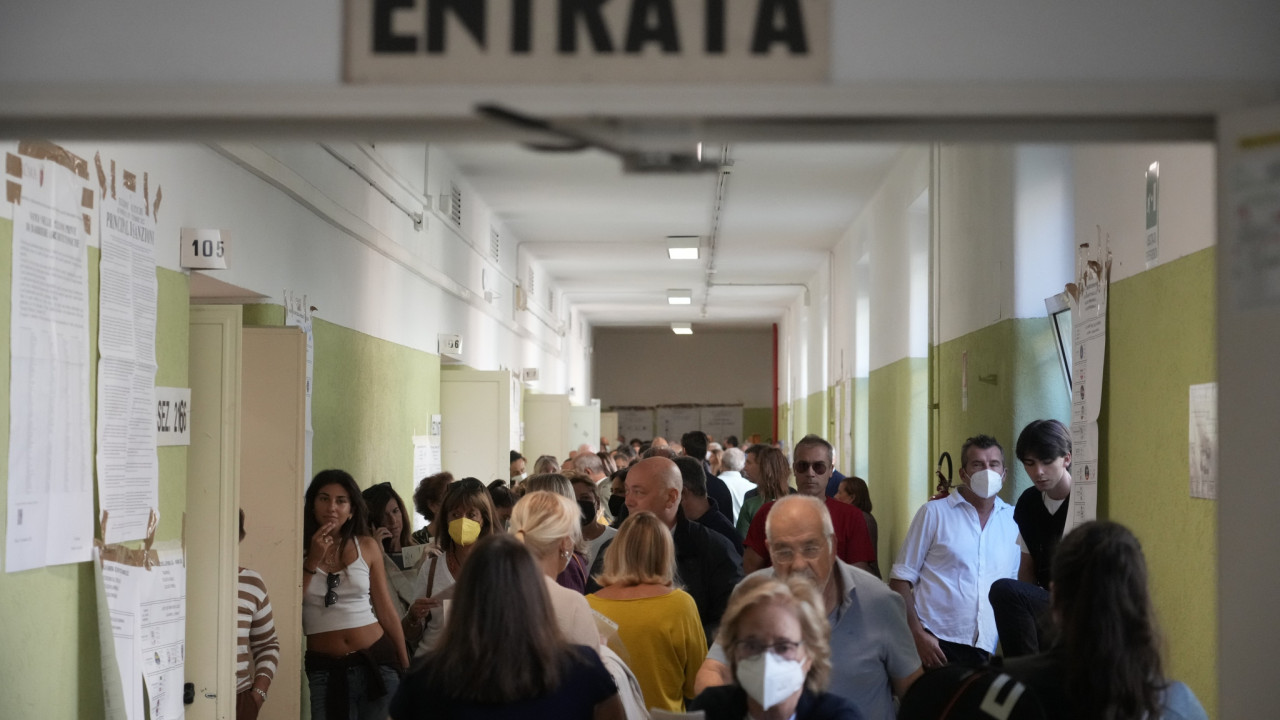 Italian elections: Turnout at 19% at noon – Long queues in Rome

From 7 this morning (local time – 08:00 Greek time), until 11 in the evening (midnight Greek time) they are invited to come to the polls 50,869,304 Italians, to renew the composition of the country’s parliament.

51.74% of citizens with the right to vote are women, and the remaining 48.26% men, while 4,741,790 are expatriate Italians. In total, throughout the Italian territory, there are 61,566 polling stations, the vast majority of which are housed in school complexes.

Two main alliances of parties participating in the electoral contest: the conservative front (with the Brothers of Italy, Lega and Forza Italia) and the progressive (Democratic Party, More Europe, Alliance of Environmentalists and the Italian Left and Citizens’ Choice).

At the same time, as an independent force, it takes part in the Italian elections Five Star Movement, while the voters’ support is also requested by the parties Zodani Italia and Drasi, which recently created the so-called “Center Pole”. The electoral law by which today’s contest is held was implemented for the first time in 2018 and is based on two-thirds simple proportionality and one-third majority.

As soon as the polls close, Italy’s biggest media outlets are going to present an Exit Poll series, while the counting of votes is expected to be completed on Monday morning.

According to meteorological forecasts, heavy rains are expected in at least one third of the country during almost the entire day. Which, according to several analysts, could contribute to the reduction of the participation rate of citizens in the electoral process.

The participation rate at noon, at 19, 09% – Queues in the sections in Rome

Based on new data from the Italian Ministry of the Interior, which cover 95% of the country’s municipalities, turnout at the polls, in 12 noon local time, formed at 19.09%.

In Rome, at the same time, long queues of voters have formed outside many polling stations, which are mainly due to the priority numbers given to citizens, with the aim of avoiding the phenomenon of double voting and, more generally, the risk of fraud.