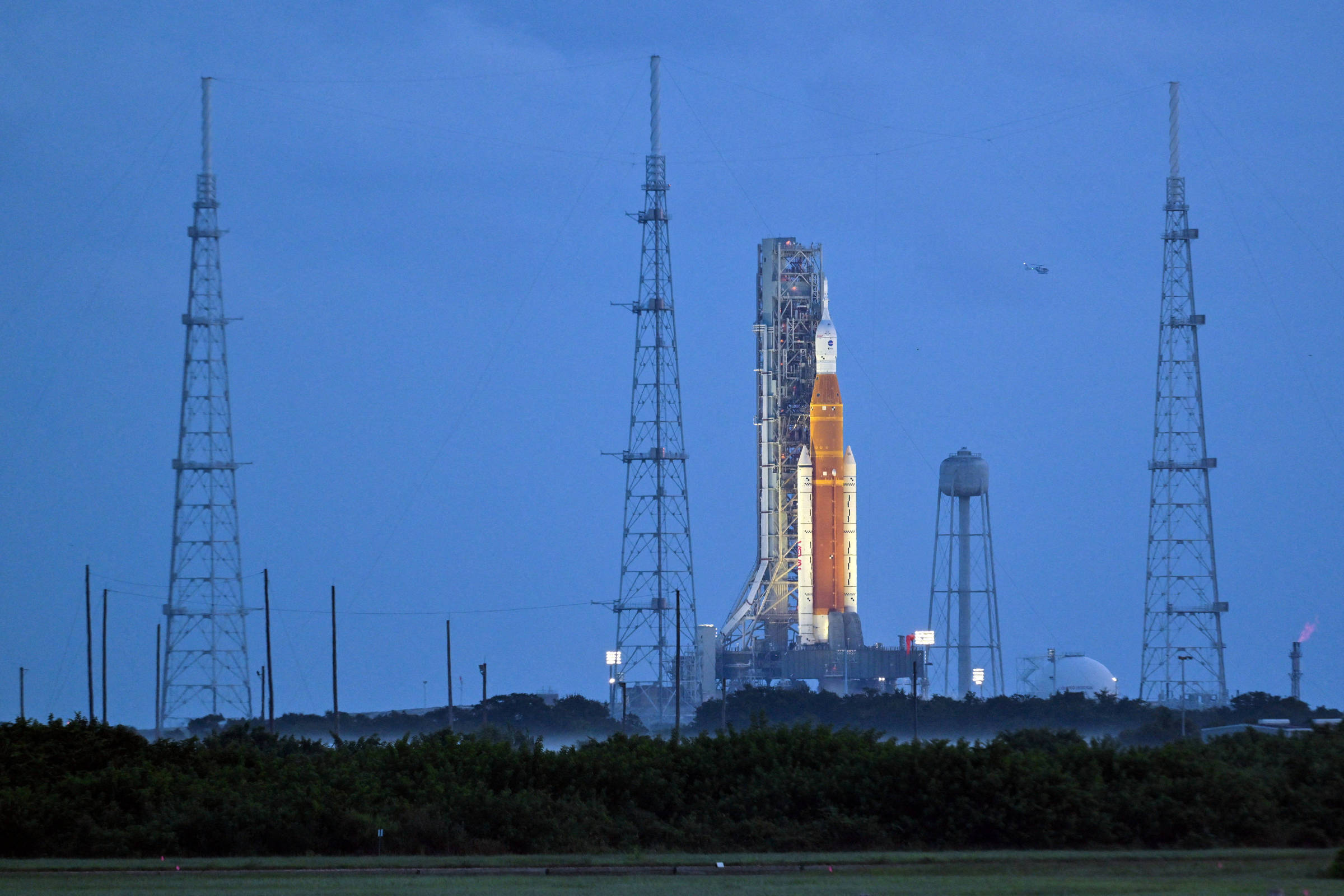 NASA’s game against the odds to avoid a major delay in the launch of the Artemis 1 mission is very close to having the opposite effect. The US space agency has already had to postpone a potential attempt scheduled for Tuesday (27), as Florida prepares to face Tropical Storm Ian, which could even become a hurricane, throughout the week.

There have already been two attempts to launch the first lunar mission with a capsule aimed at transporting humans since 1972. The first, on August 29, was interrupted by a problem with the temperature of one of the engines (later diagnosed as a failure sensor). The second, on September 3, failed due to hydrogen leaks above the permitted limit in the supply.

Since then, NASA has been trying to avoid transporting the SLS rocket back to the VAB (Vehicle Assembly Building), which would impose a new preparation cycle and push a new attempt to the second half of October.

Repairs to the connection of the umbilicals that supply the rocket were made on the platform itself and a successful test of supply (still with leaks, but within limits) took place on the 21st. -branch” requested in the release of the vehicle’s remote destruction system battery certification for a few more days, which would allow for an attempt on 27. And then Tropical Storm Ian formed in the Caribbean.

The agency once again waited until the last moment, but, on Saturday (24), it had to officially withdraw, without stipulating another date. And began preparations to bring the SLS back to the VAB. Meteorological analyzes will continue as the storm approaches Florida. If the agency is lucky, it may still interrupt the recall process and try to launch it between October 1st and 5th. More likely, however, is that the rocket will be retracted.

If this action had been taken earlier, a new launch attempt could still take place in October. Now, if the SLS does return to the VAB, it will only have another chance to fly in mid-November. It’s an ironic case where trying to hurry things up ended up delaying them even further.

The strangest thing, however, is to see the space agency, which always goes hand in hand with prudence, spend a few weeks living on improvisations and quick fixes to accelerate the launch of a mission that has already taken almost two decades and some US$ 50. billion until you reach the platform. Anyone who sees this feels authorized to think that NASA’s main motivation is to see the SLS rocket fly before the Starship, developed by the SpaceX company for less than a tenth of that price, with similar capacity and much lower cost. Elon Musk has been saying that the Starship’s first orbital flight could happen in November.

Facebook
Twitter
Pinterest
WhatsApp
Previous article
Benefits: What payments will be made by e-EFKA, DYPA and OPECA until September 30
Next article
Italian elections: Turnout at 19% at noon – Long queues in Rome