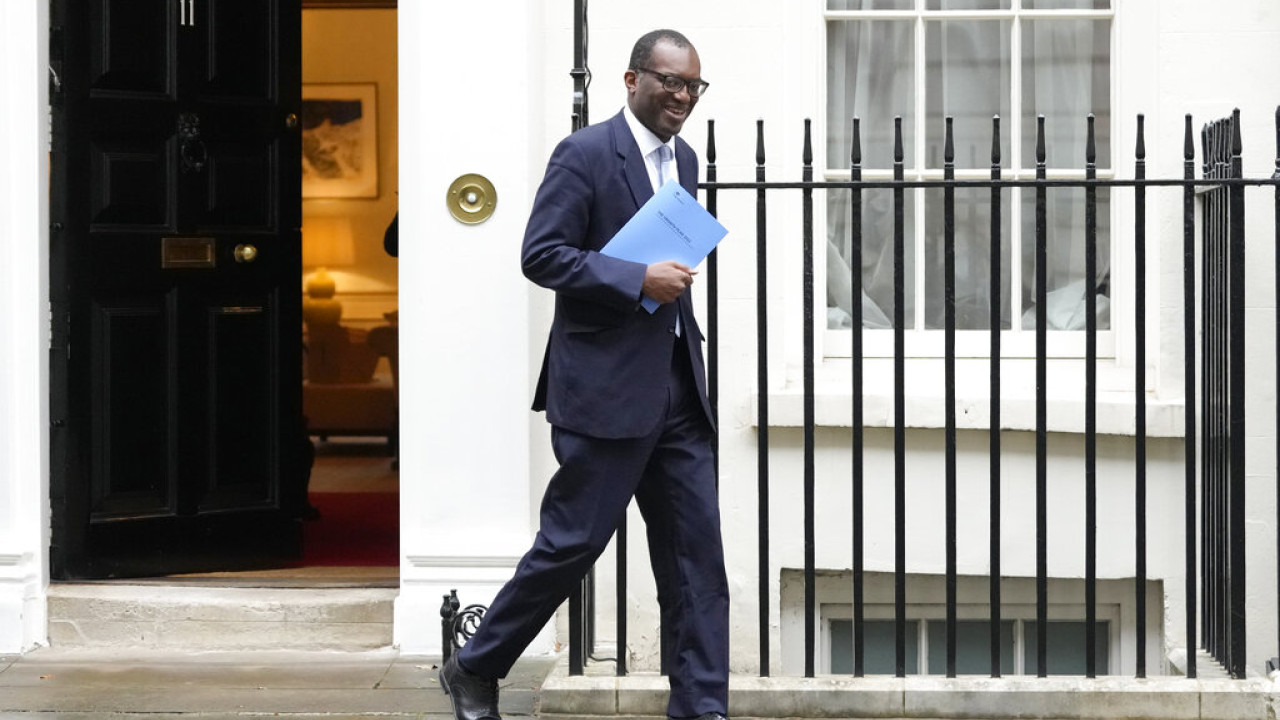 Britain: The Minister of Finance does not resign despite the “chaos” in the financial markets

THE finance minister of Britain Quazi Kwarteng he is not resigning and there will be no reversal of the economic policy he has announced, a ministry source said today, confirming information reported by Sky News political editor Beth Rigby.

The tax breaks announced by Kwarteng last week, along with the plan to subsidize energy bills, all to be financed by the state’s massive borrowing, sparked chaos in the financial markets. The pound fell to a record low against the dollar yesterday as borrowing costs soared.

However, the Guardian newspaper also reported that the prime minister Liz Truss supports Kwartengdespite the pressure the minister is under to resign.

Andrew Griffiths, the minister responsible for the financial sector, said the government was not responsible for the turmoil in the markets. When asked if he takes responsibility for what’s going on, he replied: “No, we both know that we’re seeing the effects of Putin’s war in Ukraine trickle down to things like the cost of energy (…) And that’s affecting all major economies and in every major economy you see interest rates going up as well,” he said. When asked if the government intends to modify any of the plans announced last week, he replied that “we believe they are the right ones because these plans make our economy competitive.”

Earlier today the Bank of England tried to calm the storm that has erupted in the British bond market by announcing that it will buy as much government debt as it needs to restore financial stability.

The central bank said it is maintaining its target of reducing its £838bn bond holdings by £80bn next year, but will delay the start of sales – which had been planned for next week – due to market conditions . Earlier, yields on 30-year British government bonds had risen above 5% for the first time since 2002. After the Bank of England announcement, yields on the 30-year note fell more than 50 basis points.

Kwarteng held a meeting with investment bankers where he said the government was committed to fiscal discipline and that he was working closely with the Bank of England and budget officials ahead of the presentation of his Medium-Term Fiscal Plan. on November 23.

This meeting was attended by executives from large banks, such as JPMorgan and Bank of America. One of the participants, who asked not to be named, said “there was a lot of nervousness in the room” and that Kwarteng told them he wants high standards to be maintained while deregulation moves forward. “He wants the perfect world. It’s kind of worrying,” he commented.

Another source said Kwarteng asked attendees what could be done to calm the markets.

The minister appears to be shifting the problem to the bankers’ side, another commented, adding that executives have told Kwarteng that the Nov. 23 date is “too far away.”

Also present at the meeting were senior executives from Citi, UBS and Deutsche Bank, as well as the London Stock Exchange.

Another source said the minister reiterated his view that a strong British economy always depends on a strong financial services sector, but did not present any new proposals or ideas. “There’s no magic tree out there. He didn’t say, we will do this or that. My advice to him was not to panic, to keep telling the market what he is doing, we don’t want disorderly markets,” he added.