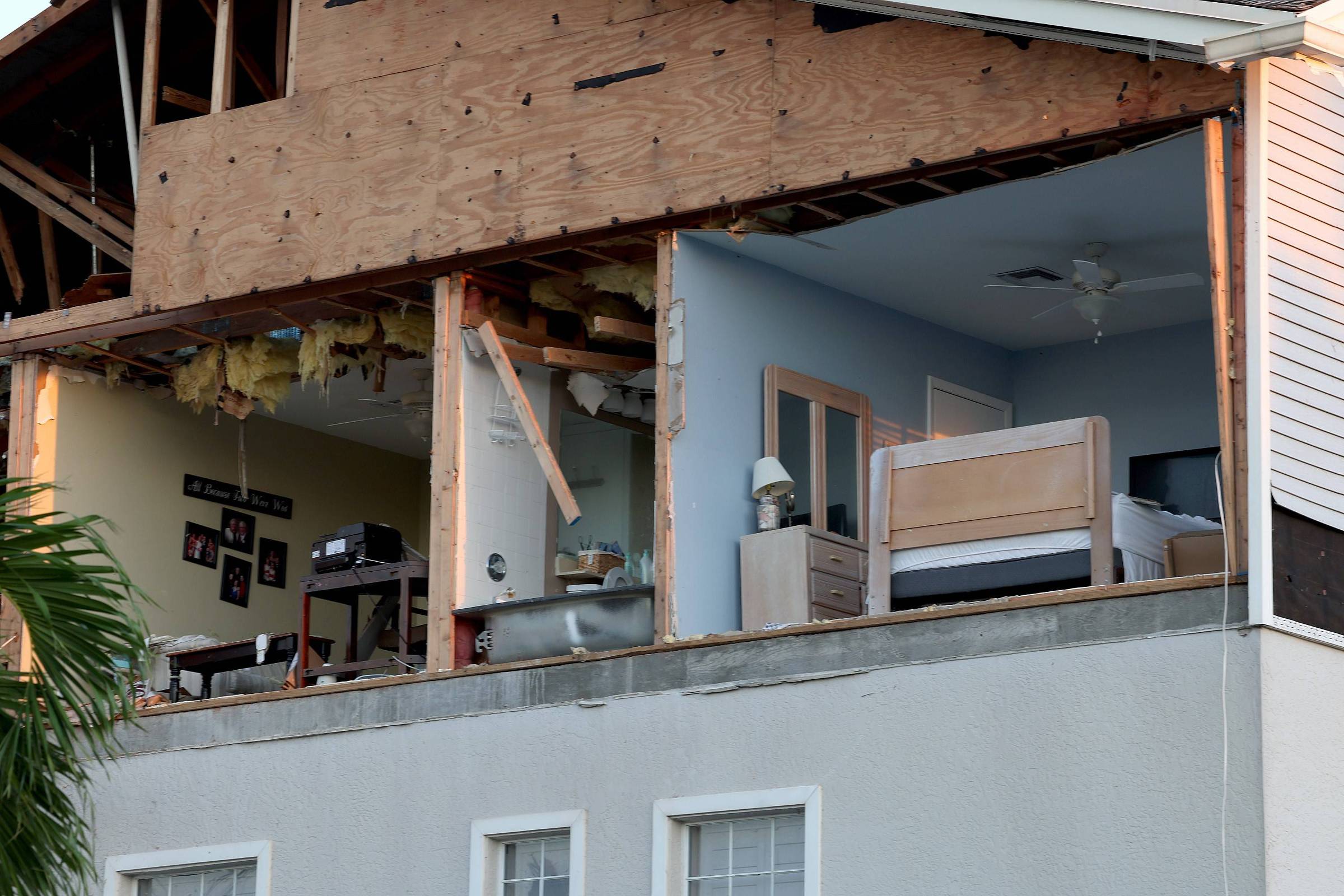 Hurricane Ian, one of the most extreme weather events to hit the United States recently, killed at least 21 people as it passed through Florida, the state’s Division of Emergency Management said on Friday.

The agency also stated that it does not know the whereabouts of about 10,000 people, but that it is likely that they are in shelters or without electricity, which would prevent communication with local authorities and people close to them.

The hurricane made landfall in Florida on Wednesday, and headed north across the state on Thursday, intensifying in the evening, when it reached Category 5, the highest. The US National Hurricane Center recorded winds of 140 km/h.

The event left a trail of destruction that state governor Ron DeSantis characterized as historic in a televised interview Thursday.

DeSantis said Lee and Charlotte counties are among the hardest hit, with more than 700 rescues confirmed. The only bridge on Sanibel Island, a popular summer destination, was rendered impassable, forcing emergency teams to use helicopters and boats to help the population.

See before and after Hurricane Ian hit Sanibel Island in Florida

Sections of the Sanibel Causeway were destroyed in the strong winds and storm brought on by the phenomenon – Google Earth/Reproduction and Joe Raedle – 29.Sep.22/Getty Images

Punta Gorda, located in the hurricane’s path, had its roads covered by trees, debris and electrical wires, although many buildings withstood the storm better than expected.

Another severely impacted city was Fort Myers. Close to where the storm first made landfall, it had many of its homes destroyed.

More than 2 million homes and offices remained without electricity as of Friday, down from the more than 3.3 million homes that were unattended at the time of the hurricane’s arrival. Most schools are expected to reopen either this Friday or the next Monday.

On Friday, residents said they felt that city and state governments were doing what they could to help the population, but that the lack of communication and uncertainty about the coming days were challenging.

The National Hurricane Center said rivers flowing into the state’s central region could reach record highs in the coming days as the torrential storms that accompanied Ian drain into major waterways.

The hurricane is expected to reach South Carolina this Friday (30), around 2 pm local time (3 pm in Brasília). Authorities in the state, North Carolina and Georgia have warned residents to prepare for dangerous conditions.

Charleston, where Ian first touches down, faces a particular fear. A survey commissioned by the city in November 2020 revealed that 90% of its residential properties are vulnerable to flooding. Nearby cities also expect up to 20 centimeters of rain.

Scientists point out that the increase in such extreme events is directly linked to the climate emergency, caused by human action.