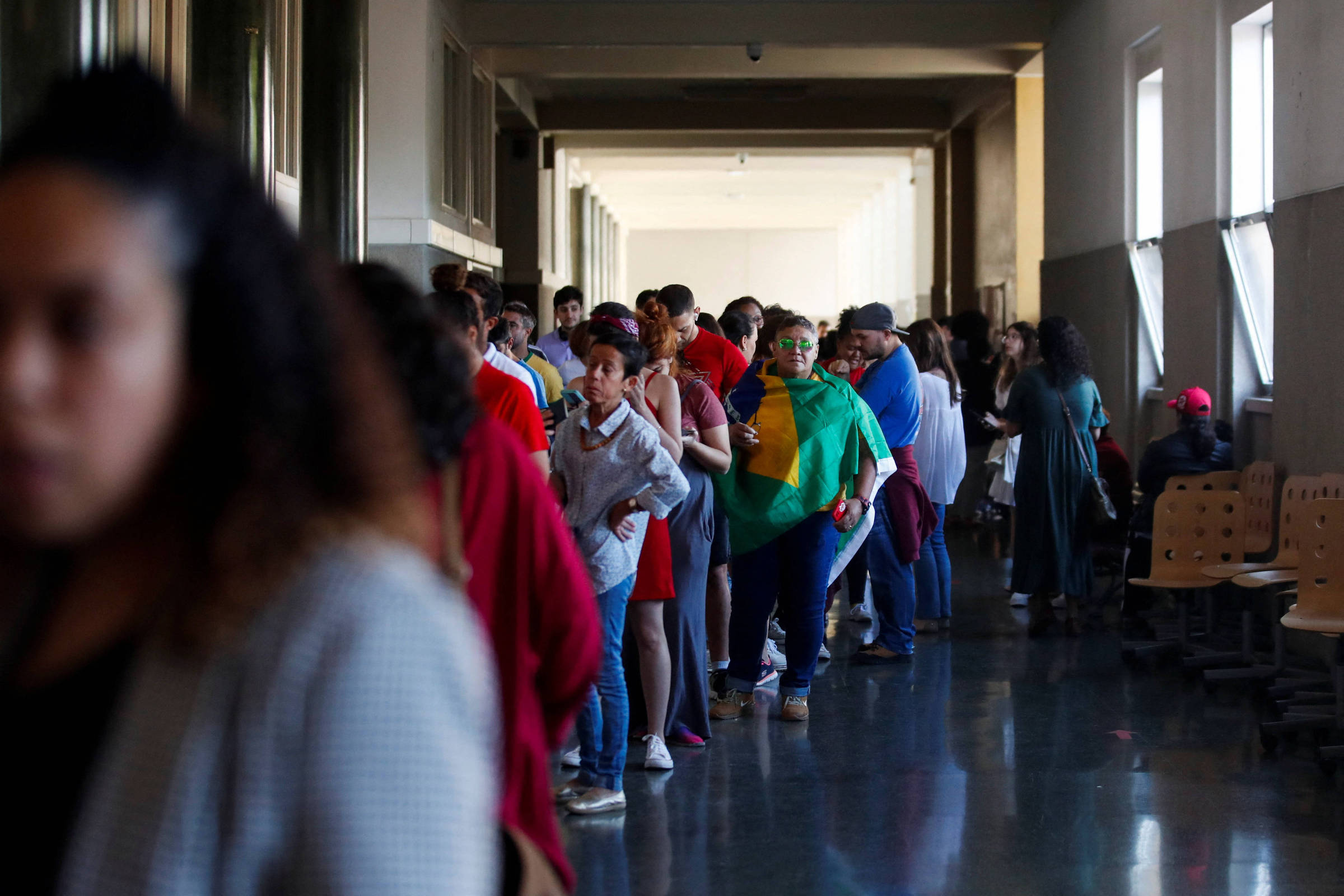 Election abroad has less abstention and PT turn in Portugal

The queues of up to three hours to vote, registered this Sunday (2) in large electoral colleges abroad, such as Lisbon, London, Paris and Milan, help to illustrate both the increase in the number of titles registered outside Brazil and the greater turnout at ballot boxes from that part of the electorate.

Since 2018, the number of overseas voters has risen by 39%, reaching 697,084. Of those, 43.8% turned out to vote on Sunday, almost three percentage points more than in the first round four years ago — in total, the rate showed stability. In Lisbon, the largest electoral college abroad, non-attendance rose from over 65% to around 56%.

In total, the data represented 98,700 valid votes more than in the previous first round. Even so, in a universe of 156.4 million eligible to go to the polls, the number from abroad continues to have a negligible representation, less than 0.5% of the total.

Regarding the results, however, the exterior also presented changes in this first round.

Now, with the total number of polls counted, former President Lula (PT) won first place abroad, having received 138,933 votes, 47.2% of the valid ones. Bolsonaro saw the number of voters rise to 122,548, but ended up in second, with 41.6%. According to Itamaraty, the election was held in 159 cities in 98 countries.

In the top ten electoral colleges, the former and current presidents shared the leadership, with each winning in five cities, with regional differences. Lula did better in Europe, having excelled in Lisbon, with 61.5%, in addition to London, Porto, Paris (77.3%) and Milan.

Bolsonaro performed best in the United States, where he won in Miami (74.3%), Boston and New York. In Japan, he conquered Nagoya (75.5%) and Tokyo.

The result in the three polling stations in Portugal draws attention especially because it represented a turning point, as the president triumphed in the country four years ago. In Lisbon, where he had 30.7% this year, Bolsonaro received 56.1% of the votes in the first round of 2018, ahead of Ciro and Haddad. PT had also lost the 2014 elections in the city: in the first round, the toucan Aécio Neves won with 38.43%; Dilma Rousseff ended up in second place, with 28.2%, just 7 votes more than Marina Silva.

Some factors influenced the new scenario of voting abroad. First, the rise in the number of voters reflects the 22.6% increase, between 2018 and 2021, in the number of Brazilians living outside the country: according to data from the Itamaraty, the account went from 3.6 million to 4, 4 million.

Within the general profile of migrants, the percentage of more educated voters rose —this year, 42% have completed higher education, compared to 34.3% in 2018—, and the majority is now in the group between 40 and 44 years, older than most of 2018, between 35 and 39 years old.

In the Portuguese case, the number of legal residents more than doubled compared to 2016, reaching 252,000 people according to official statistics — which do not count Brazilians with dual Portuguese citizenship or those from another European Union country or those with an irregular migratory situation. .

The flow of recent years to Portugal has a strong presence of students, entrepreneurs and professionals. A resident of Leiria, businesswoman Débora Lemos is part of this contingent. In Portugal since 2017, the businesswoman says she took time to transfer the electoral domicile abroad due to bureaucracy. “It was necessary to schedule an appointment at the consulate to present documents in person. As I live far away, I always ended up leaving it for later. [o título de eleitor]”, he reports.

The deterioration of Brazil’s image in the international community may also have impacted the results of the polls, especially due to the management of the pandemic and the climate emergency, in issues related to the Amazon.

“The moment calls for this effort. Even though I live outside Brazil, what happens there impacts my life here, and I no longer want to have the image of being a tarnished Brazilian”, said student Maisa Nascimento. A resident of Venice, where she is studying for a master’s degree and works at a tour operator, on Sunday she traveled by train to Milan to vote – at a cost of €35.

Similar stories were seen elsewhere. In the Portuguese capital, the first in line was Cristiane Santos. A resident of Alcobaça, about 120 km from Lisbon, she arrived at the polling place at 3 am, so as not to run the risk of losing her work day at a restaurant. The capital had to extend the vote because less than 30 minutes before the polls were scheduled to close, 3,000 people were still waiting outside.