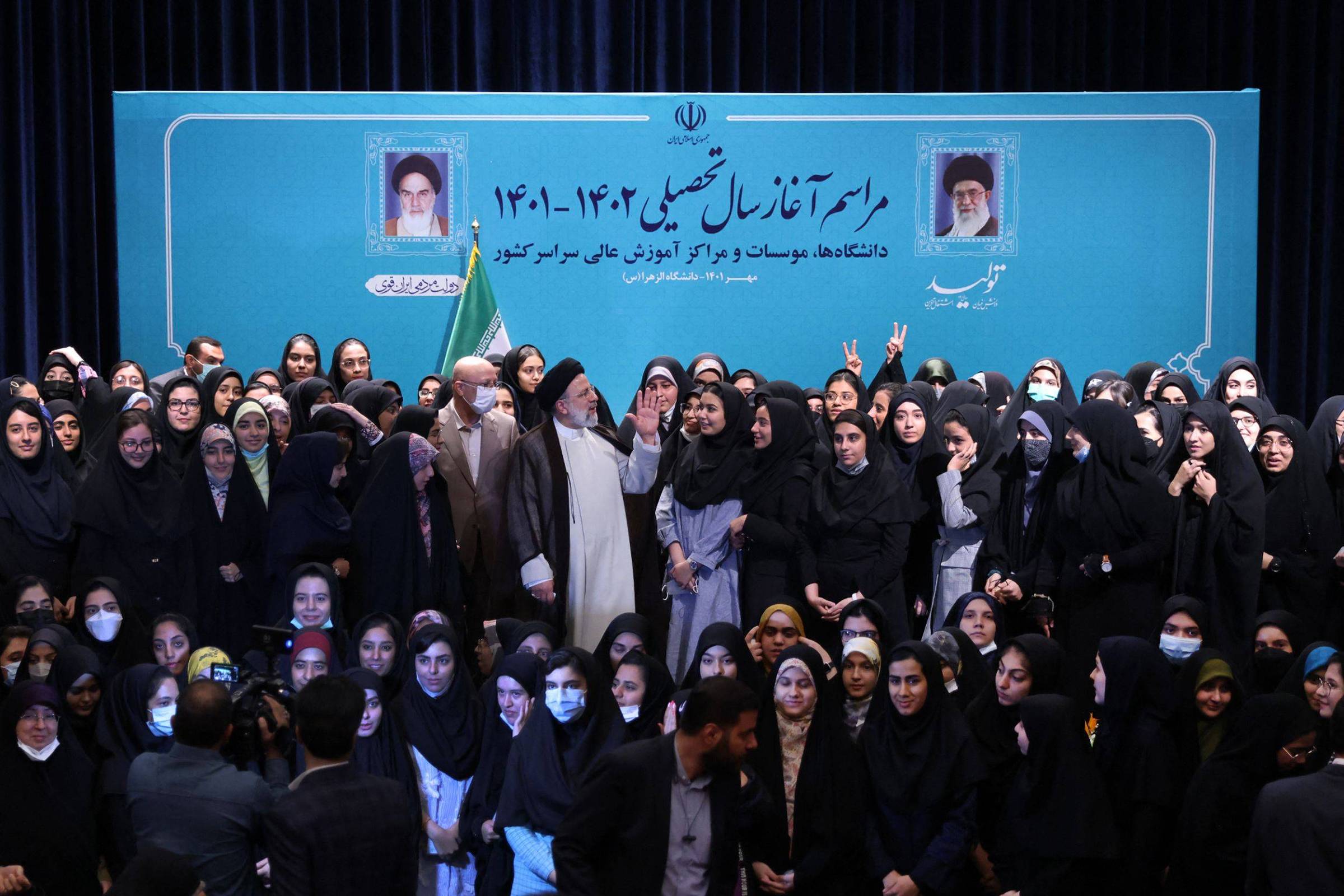 The president of Iran, the ultraconservative Ebrahim Raisi, was the target of a student protest this Saturday (8), when he visited a university in Tehran and condemned the demonstrations against the death of the young Mahsa Amini, which are now in their fourth week.

In recent days, teaching centers have become one of the poles of acts led by women in favor of women’s rights.

According to activists and videos posted on social media, students shouted “Raisi, go away” and “mullas, go away” during the president’s visit to the Alzahra University campus. It is unclear whether the politician knew about this, as the slogans were chanted outside the auditorium where he, speaking to professors and students, recited a poem in which he equated protesters with flies.

“The enemy thought they could achieve their evil goals in universities, ignoring the fact that our students and professors are vigilant and will not allow the enemy’s false dreams to come true,” Raisi said, according to state TV. “Universities will undoubtedly make the enemy fail.”

In the war of versions, images released by the Presidency show the president surrounded by students, all wearing hijab and most of them smiling, on the stage of the university auditorium. In recent days, acts in favor of the regime have also taken to the streets of Tehran.

The regime has described the wave of protests as a plot hatched by the United States and Israel to destabilize Tehran and denies responsibility for Amini’s death. This Friday (7), a coroner’s report reinforced the official version, pointing out that the young Kurdish woman had a preexisting health problem that made her faint, leading to a lack of oxygen in the brain.

The family denies that Amini had any medical issues and claims that she was the victim of aggression by the security forces. She had been detained by the moral police in Tehran for allegedly not wearing the hijab, the Islamic headscarf, correctly, and died three days later after falling into a coma.

The case triggered a wave of protests, which also target the country’s supreme leader, Ali Khamenei, in the biggest demonstration of opposition to the regime in years. In the face of brutal repression, the demonstrations have already resulted in 154 deaths, according to the organization Human Rights in Iran, and thousands of arrests. At least 20 security forces were also killed.

On Saturday, the Iranian group Hengaw said police fired on protesters and used tear gas in rallies in the Kurdish cities of Saqez and Sanandaj. In the first, videos on social networks show girls singing “woman, life, freedom”. In the Kurdistan capital, a man was reportedly shot in the abdomen and another shot after honking his horn in support of the protest.

The authorities denied to the state agency IRNA that they had used live ammunition and claimed that the subjects were “killed by counterrevolutionaries”, in reference to the activists.