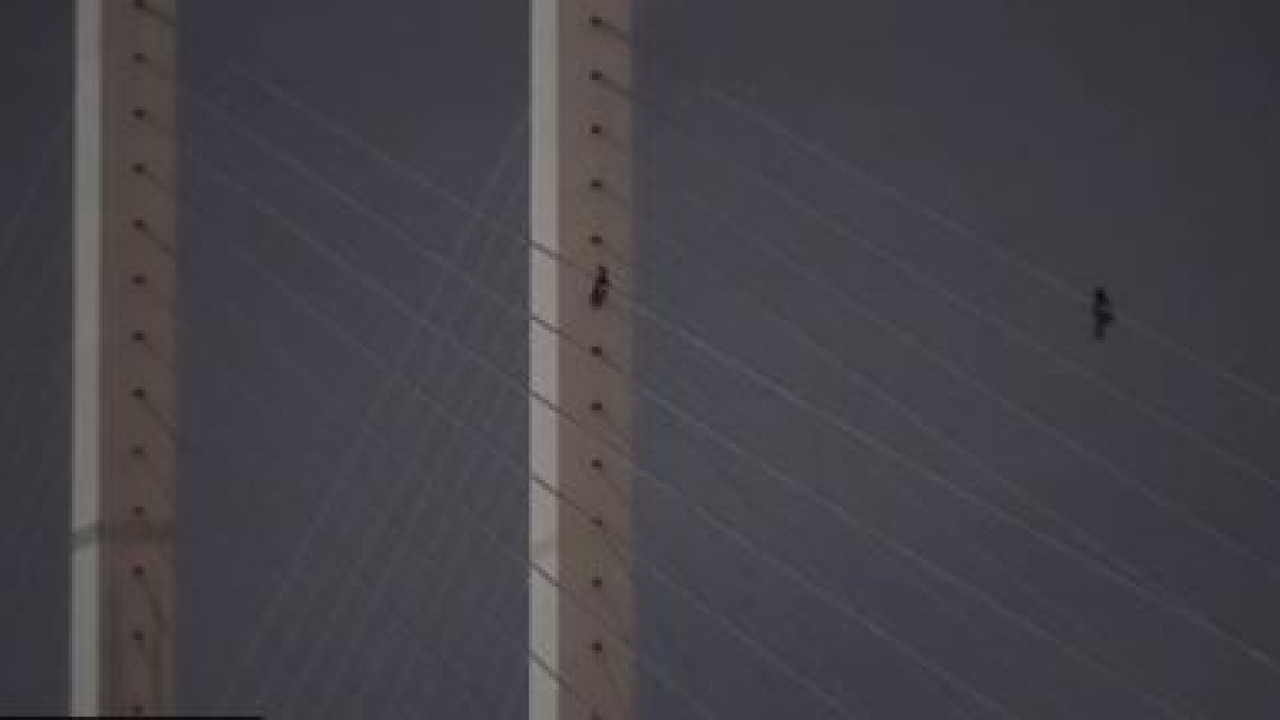 At 5am, the two men climbed to a height of around 80m, on one of the towers of the Queen Elizabeth II Bridge

At 5 a.m., the two men climbed about 80 meters into one of the towers of the Queen Elizabeth II Bridge, Just Stop Oil wrote in a statement.

Police announced that they had blocked traffic on this bridge, on the highway that bypasses the capital and is used by 160,000 vehicles every day.

Just Stop Oil is calling on the Liz Truss government to stop the country’s hydrocarbon exploitation, which the Prime Minister has decided to accelerate.

One of the activists, Morgan Trowland, posted a video of the bridge on social media. “I’m ready to do this because I want to sit back and watch it all burn,” he says. “Our government is implementing suicidal laws to accelerate oil production, killing people and destroying our environment,” said the 39-year-old engineer who designs bridges.

“I can’t ignore this madness from my desk designing bridges, so I’m moving into immediate action.”

This latest Just Stop Oil protest is part of a series of actions since early October against hydrocarbon exploitation.

On Sunday, activists from the group attacked an Aston Martin luxury car dealership in central London, spraying the window with orange paint.

In the wake of these protests, the British government decided to step up police measures.