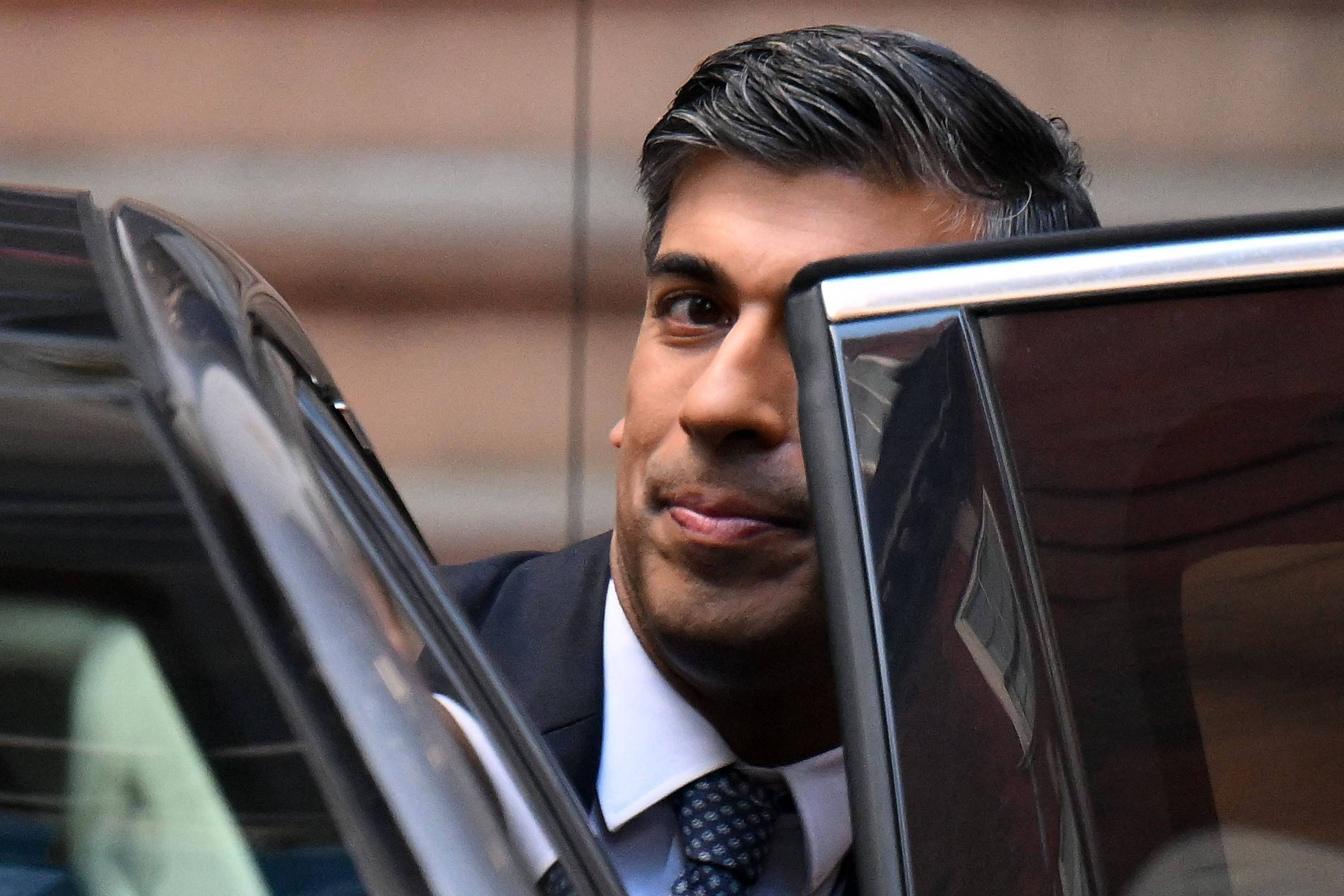 Rishi Sunak can calm markets, but the hardest part will be calming voters

The United Kingdom gained a new monarch just over a month ago, but the coronation that really matters took place this Monday (24), with the imposition of Rishi Sunak as prime minister of a country that is currently experiencing the biggest crisis since the Second War.

Although the appointment could possibly be enough to stabilize the British economy, in freefall thanks to the disastrous management of her predecessor, Liz Truss, the new prime minister’s biggest challenge will be to convince the people – who, after all, did not elect him – of his legitimacy to to rule.

Sunak’s elevation to the highest post in British politics is a crowning achievement, then, in many ways. First, he managed to rally legislators from the narrow Conservative Party around him. Despite the infighting (between fiscalists and populists, pro and anti-immigration, Brexit supporters and those who clearly see the tragedy that the 2016 referendum caused to the country), Sunak arrived at 10 Downing Street, the official residence , without internal competition.

Faced with the imminent defeat of the Conservatives in the next elections, the party’s parliamentarians decided to impose on their base the only man capable of calming the markets at this moment.

Here is the second meaning of the coronation: it was imposed on the approximately 200 thousand members of the legend. As in every parliamentary system, the UK Prime Minister is the leader of the party with the most seats in the legislature.

It so happens that the British system has added pinches of populism to classical parliamentarism. While in other European democracies leaders are appointed only by co-religionists in elective positions, in the United Kingdom there is an internal party election. The conservative base, however, represents a country that no longer exists: old, Anglican and almost entirely white.

She had already rejected Sunak, of Indian descent, in choosing Liz Truss as prime minister in September. Apparently, a white candidate, whoever he was, would be enough for the conservative voter (in both senses) to prefer him to the one who now becomes the first non-white prime minister of the United Kingdom.

In the UK, the party that controls Parliament must call a new election at least every five years – although it is not uncommon for elections to be brought forward when the party feels some chance of broadening its base, as Theresa May did in 2017 and Boris Johnson in 2019. Now, however, polls indicate that the Conservatives would lose badly, so under no circumstances will they call an election. Instead, they should hold on as long as possible until the legal limit in 2025.

And, if the goal is to hold the ends, Sunak is really the best name to do it. Nobody questions your competence. Educated at one of the most prestigious private schools in England, a graduate of Oxford University and an MBA from Stanford, he was finance minister under Boris – and he was credited with the country’s relative economic stability during the Covid pandemic.

But if he is a respected technocrat, he is also deeply unpopular. A millionaire (the British press estimates that he is richer than King Charles III), he has already been mocked on social media for not knowing the price of bread and not knowing how to use a credit card by approach at a gas station – the scene was seen in an action to promote the tax cut in the sector, in March this year.

(The car Sunak was driving in the action was also borrowed from an official, a popular model, not one of the four cars he has in the prime minister’s garage.)

Apart from the memes, however, Sunak’s fortune has already brought much more serious problems. His wife, heiress to a billionaire Indian family, was accused of evading taxes by migrating to England.

The symbolism of a prime minister richer than the king could hardly come at a worse time. The UK is experiencing its worst inflation crisis in 40 years. Faced with the rise in the cost of living and the real fall in wages, strikes have erupted across the country. Meanwhile, in his first public speech, the new premier announced that cuts to already precarious (by European standards) public services are on the way.

Tax watchdog Sunak may be able to calm the markets – which in recent weeks have caused the pound to plummet and long-term yields on British government bonds to soar. More unlikely is that he will be able to calm an electorate that, after all, did not elect him.

Facebook
Twitter
Pinterest
WhatsApp
Previous article
Androulakis: The eight interventions proposed by PASOK for the redesign of the National Social Security System
Next article
At the end of the four-year period, the elections and based on the 2021 census, Gerapetritis says