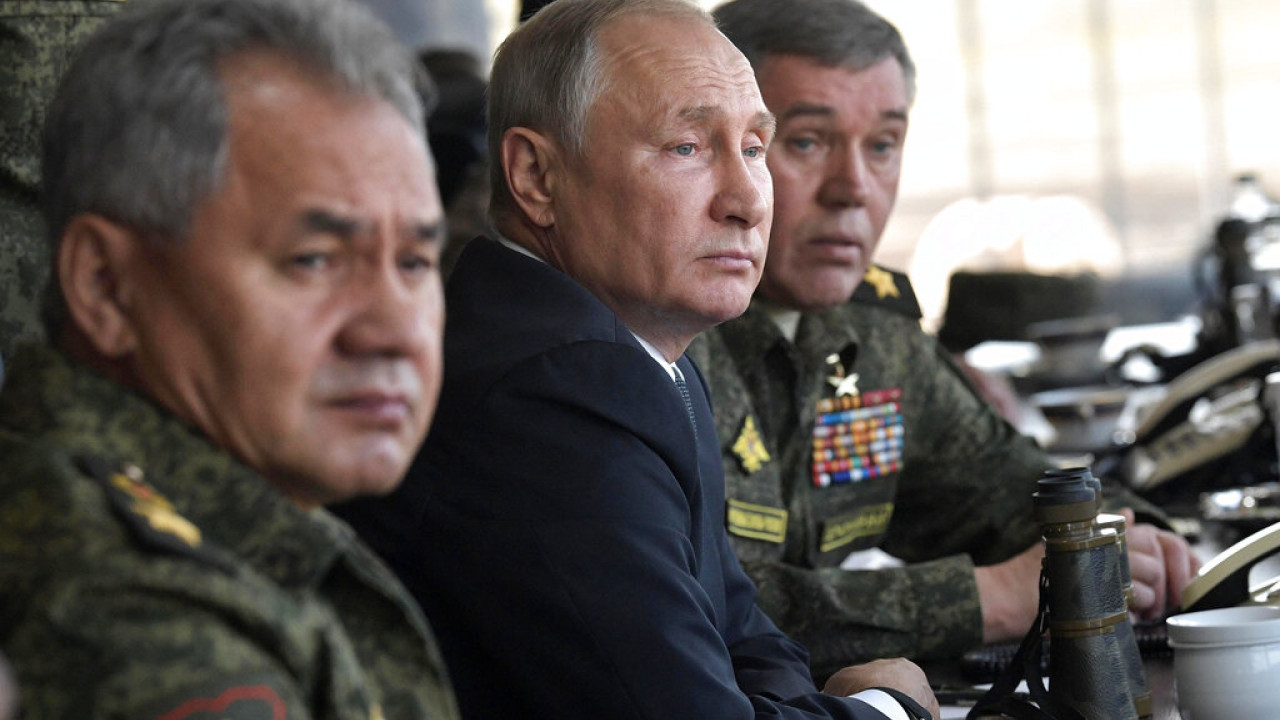 Russia insists on the “dirty bomb”: Shoigu’s communication with his counterparts in India and China

The rhetoric has been categorically denied by Kyiv, while the West characterizes it as a provocation.

It causes concern Russia’s persistence regarding Ukraine’s “dirty bomb” rhetoric, which Kyiv has categorically denied, while the West characterizes it as a provocation.

Russian Defense Minister Sergei Shoigu held talks with his Indian counterpart. The Russian minister conveyed to his counterpart “Moscow’s concerns” about possible provocations by Ukraine with the use of a “dirty bomb”.

Shoigu had similar contacts with his Chinese counterpart, to whom he spoke of Ukraine’s “possible provocations” with “the use of a dirty bomb”.

In the previous days, Shoigu also discussed the issue with the defense ministers of France, Turkey, the United States and Britain.

He gives a recital of intransigence at the same time Moscow, whose rhetoric portends a continuation of the bloody war in the Ukraine and within 2023.

“Ukraine has lost the possibility of existence as a state,” explained the president of the State Duma Vyacheslav Volodin.

US President Joe Biden has again warned Moscow that using nuclear weapons would be an “extremely serious mistake”, as Russia claims Ukraine is close to building a “dirty bomb”, a claim denied by Kyiv and the West.

Meanwhile, Moscow informed Washington of impending exercise of its nuclear powers, the American Pentagon confirmed yesterday Tuesday, without going into further details. The exercise is expected to include ballistic missile launches.

“The US has been informed and, as we have previously emphasized, this is a routine annual exercise by Russia,” said Pentagon spokesman Brigadier General Patrick Ryder. “Therefore, in this regard, Russia is complying with its obligations to control its arsenal and its commitments regarding such notifications for reasons of transparency,” he added.

Ukrainian refugees should not return to the country until the spring to help relieve pressure on the energy system after Russia’s “storm” of attacks, the Ukrainian government has asked residents who have fled the country.

Russian bombing has destroyed at least 1/3 of the country’s energy infrastructure, Ukrainian President Volodymyr Zelensky earlier admitted. “We have to survive this winter,” noted Ms. Vereschuk in dramatic tones, repeating that “if possible, stay abroad.”

Facebook
Twitter
Pinterest
WhatsApp
Previous article
A new wave of coronavirus is expected in the coming weeks, says the EMA
Next article
“Burning” motorcycle caused chaos at a gas station in Washington – See video and photos