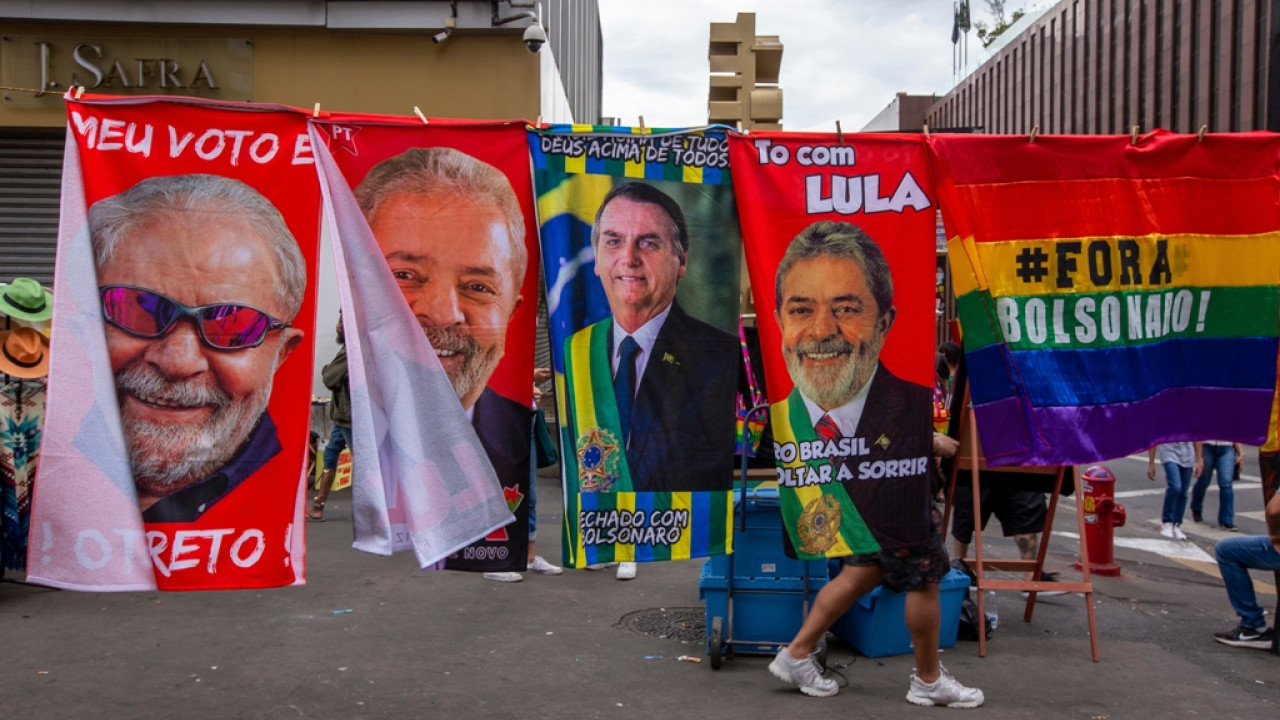 Last week, the gap had closed to just four points (52%-48%) ahead of the center-left former president’s showdown with the far-right incumbent, according to a poll by this institute.

Lula is again credited with a six-point lead over Jair Bolsonaro in voting intentions ahead of Sunday’s runoff in Brazil’s presidential election, garnering 53 percent to 47 percent of potentially valid votes, a Datafolha poll showed on published yesterday Thursday.

Last week, the gap had closed to just four points (52%-48%) ahead of the center-left former president’s showdown with the far-right incumbent, according to a poll by this institute.

Yesterday, the two candidates recorded exactly the same performances as in the first two polls between the two rounds (October 7/14).

Jair Bolsonaro recently said he would accept a clean sweep of defeat “if nothing unnatural happens,” although he has repeatedly questioned whether Brazil’s electronic voting system is foolproof, without presenting any evidence for his claims.

In yesterday’s poll, Luis Inacio Lula da Silva once again appeared to be the candidate preferred by women (52%), poorer Brazilians (61%) and Catholics (55%).

Jáich Bolsonaro, on the other hand, is preferred by most among the evangelicals (62%) and the richest (59%).

The survey by the Datafolia institute was conducted in 252 cities with a representative sample of 4,580 voters from Tuesday to last Thursday and has a margin of statistical error of ±2%.

According to another survey, by the AtlasIntel institute, Lula leads with 52.4% against Mr. Bolsonaro’s 46%. According to this survey, which was conducted on a sample of 7,500 voters from October 21 to 25 and has a margin of statistical error of ±1%, the percentage of undecideds is just 1.6%.

Two days before the end of the election campaign, opponents were still struggling to convince (at least some of) the latter. Their final pre-election debate will be broadcast tonight on Globo, the country’s highest-rated television station, and it is possible that it will prove decisive in this regard.

The campaign, the most polarized in decades, was extremely foul-mouthed, with many blows below the waist from one side and the other — there were accusations of cannibalism, of pedophilia, of Satanism, of corruption… — and with the social networking sites to become hotbeds of misinformation and fake news.

Lula won the first round securing 48% of the vote, compared to 43% for the far-right former captain. The outgoing president’s percentage was much higher than the polling institutes gave him credit for, which called into question their credibility and tarnished his image, which the head of state and his supporters have not stopped emphasizing.

Facebook
Twitter
Pinterest
WhatsApp
Previous article
Fazenda 14: Pétala Barreiros must be eliminated, according to poll F5
Next article
The Greek team for the World Gymnastics Championships