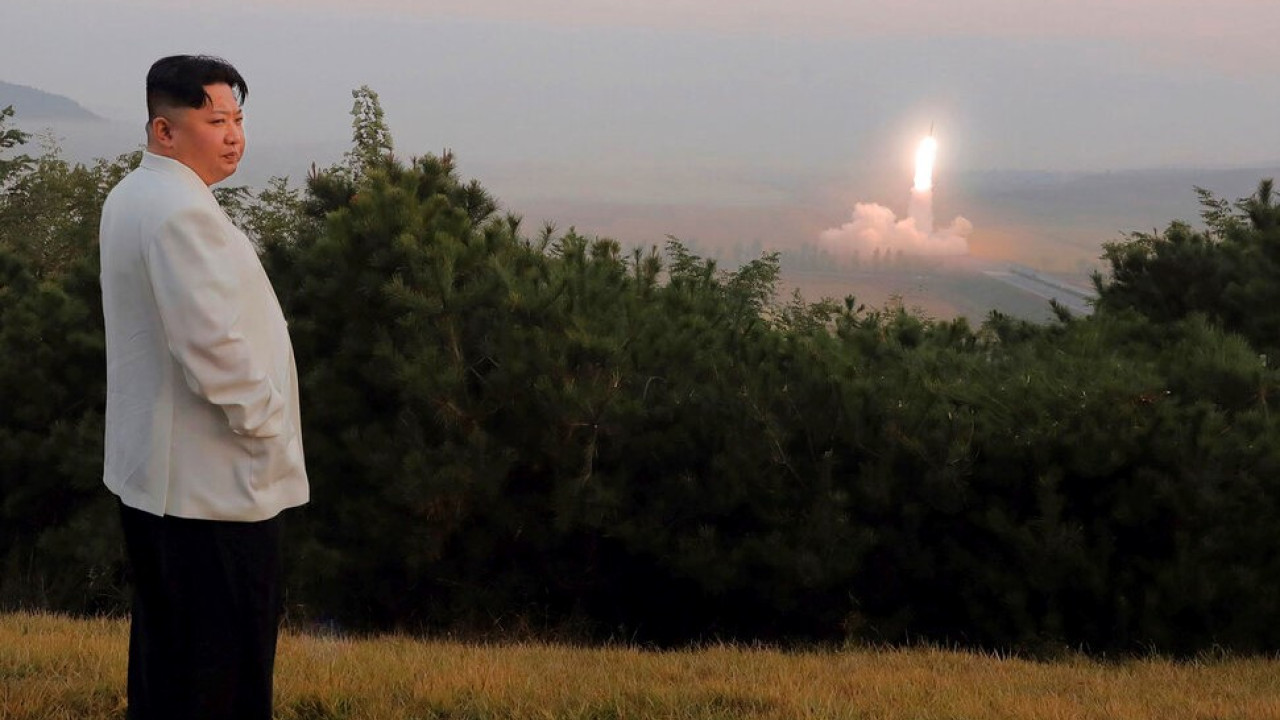 THE North Korea signaled today that it reserved an “unwavering” and “overwhelming” response to the recent joint military trainings by the South Korean and US armed forces, following an unprecedented series of missile launches in recent days.

Exercise “Vigilant Storm” is the largest joint air drills ever conducted by Seoul and Washington.

Hundreds of military aircraft, including B-1B strategic bombers, took part in the joint exercise Vigilant Storm from October 31 to November 5. It was the first time US strategic bombers have flown over the Korean peninsula since December 2017.

According to South Korea’s national defense general staff, the drills were meant to demonstrate the “capability and preparation to respond forcefully to any provocation by North Korea.”

North Korea characterizes the military exercises as a general rehearsal for an invasion of its territory, with the aim of overthrowing the regime of Kim Jong Un.

Due to the escalating tension on the Korean Peninsula, South Korea, Japan and the US are organizing a summit in mid-November to show their “solidarity and unity”.

The missile tests, accompanied by artillery barrages, were a “clear reaction” to the US and South Korean high schools, the North Korean military insisted. He called the high schools “a deliberate provocation intended to escalate tension in the region.”

“The longer the enemy’s military provocations continue, the more the Korean People’s Army will respond exhaustively and mercilessly,” the statement read.

In a statement carried by North Korea’s state news agency KCNA, the general staff of the Korean People’s Army (KPA) stressed that it would “continue to react to all enemy military exercises” against the country with “practical military measures” that would be “unwaveringly” and “overwhelmingly”.

The KLS said in particular that it conducted tactical ballistic missile launches simulating attacks on enemy air bases and that it also conducted large-scale drills to shoot down enemy aircraft.

A ballistic missile was fired to test “a special operational warhead that would paralyze the enemy’s operations management system,” he added, without giving further details about the specific weapon.

The exercise triggered hasty take-offs of South Korean fighters on Friday to intercept the North’s.

Footage released by the agency showed missiles being fired from various locations – it was not revealed which ones – some from self-propelled launchers.

During the Vigilant Storm exercise, North Korea fired several dozen ballistic missiles in the direction of the East Sea, or Sea of ​​Japan, one of which landed near South Korea’s territorial waters. South Korean President Yoon Seok-gil spoke of an “invasion” of his country’s territory.

According to some analysts, the flight schools are of particular concern to Pyongyang, as its Air Force is among its weakest points, lacking either technologically advanced aircraft or experienced pilots.

Details of North Korea’s drills last week show how much importance it places on destroying the South’s air bases, according to Sejong Institute researcher Chong Song-chang.

“North Korea considers it important to strike and neutralize the air bases in principle because its air power is negligible,” he ruled.

In late September, Kim Jong Un’s regime adopted a new doctrine, which declares the country’s nuclear power status “irreversible” – thus ruling out future negotiations on its denuclearization – and emphasizes that it reserves the right to use “preemptive” nuclear weapons.

If the “command and control system” of Pyongyang’s nuclear weapons is “compromised by an attack by hostile forces, a nuclear strike will be automatically and immediately launched,” the new doctrine clarifies.

Washington and Seoul expect that North Korea will soon conduct a new nuclear weapon test, which will be its 7th in its history and the first since 2017.