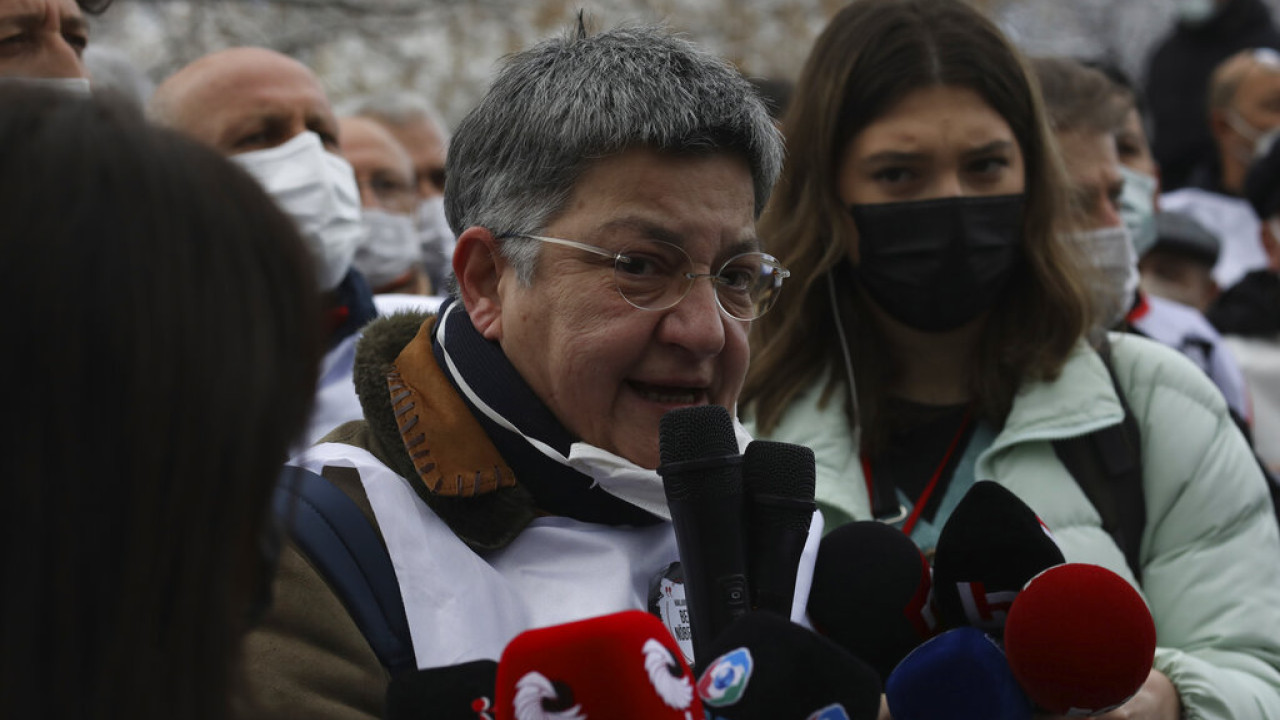 Turkey: UN experts demand the release of the doctor who denounced the use of chemical weapons against the Kurds

Five UN special rapporteurs today demanded from Turkey the immediate release of the doctor, president of the Turkish Medical Association, who had called for an investigation into the possible use of chemical weapons by the Turkish army against the Kurdish PKK rebels in Iraq.

In a statement, these independent UN experts, including rapporteurs on extrajudicial killings, Maurice Titbol Binz, and on torture, Alice Jill Edwards, call on Turkey to stop using anti-terrorism legislation to intimidate defenders of human rights and demand the “immediate” and “unconditional” release of Sebnem Korur Fincanci, president of the Turkish Medical Association (TTB).

Finjanji was arrested on October 26 in her suburbs Ankara and was jailed the next day for “terrorist propaganda” for calling for an investigation into the possible use of chemical weapons by the Turkish military against Kurdish PKK rebels in Iraq, according to Turkish media.

“Dr Finjanji’s arrest appears to be part of a deliberate plan to implement anti-terrorism legislation aimed at discrediting human rights defenders and organizations and disrupting their vital work,” emphasize the United Nations experts, who are mandated by the Human Rights Council but do not speak on behalf of the UN.

“We have documented many cases where counter-terrorism legislation and other criminal provisions have been used to harass, arrest, detain and convict civil society actors in Turkeyincluding Dr Finjanji, for false reasons”, they underline.

The announcement adds that Dr. Finjanjia renowned medical examiner, has contributed to the development of a manual, better known as the Istanbul Protocol, intended to serve as an international reference tool for the assessment of alleged victims of torture and the investigation of these allegations.

Categories for appeal to chemical weapons were made by pro-Kurdish media and members of the Turkish opposition in October and Kurdish fighters distributed a list of 17 names and photographs of people posing as “martyrs” because they died from toxic gas in northern Iraq. Ankara had immediately denounced a “disinformation” campaign.

Finjanji had stated for her part that she had “seen and examined the photos on social media” of the alleged victims of chemical weapons. Citing the possible use of “poisonous gases”, the doctor had called for an “independent investigation to establish the responsibility of states that use these types of weapons”, which are prohibited on the battlefield, she recalled.

“The ability of human rights defenders and doctors to tell the truth to the authorities must be protected”, the rapporteurs remind, stressing that this role of reporting human rights violations is “one of the cornerstones of democratic societies”.