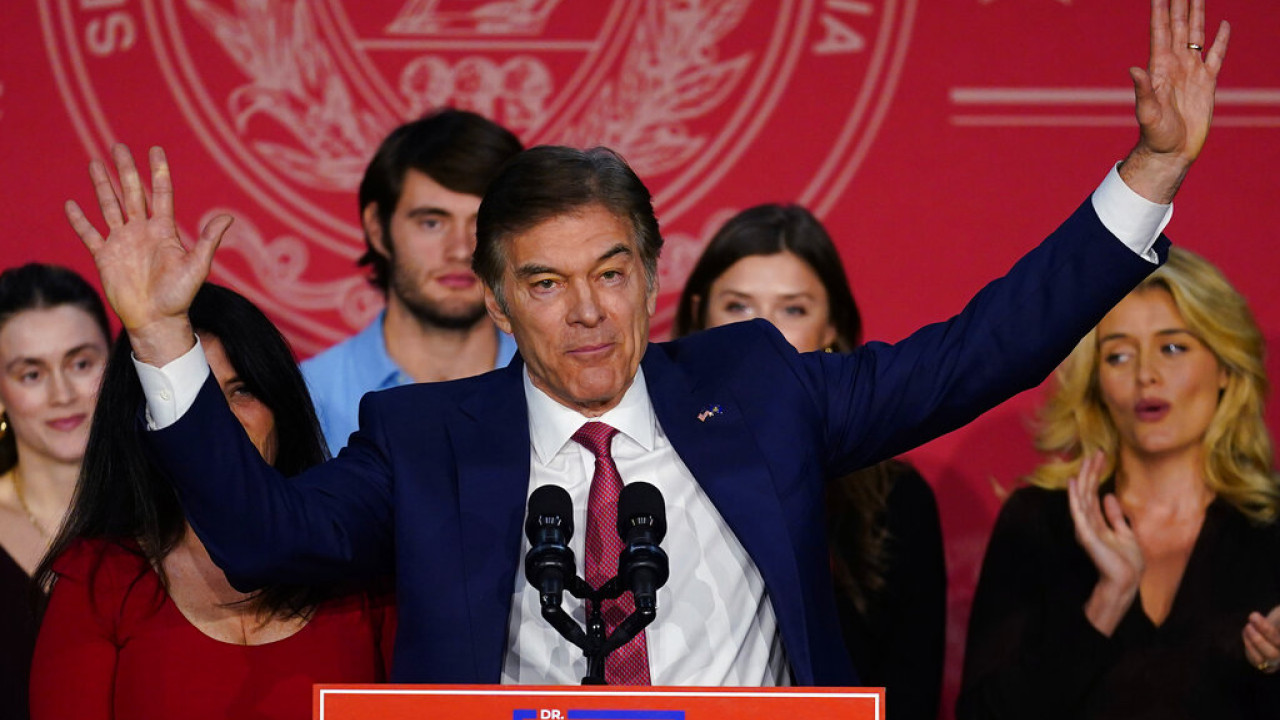 Mid-term elections in the US: Republican and friend of Erdogan, Dr. Oz, lost the battle for the Senate

Republican Turkish-American doctor Dr. Mehmet Ozwho is considered a friend of Erdogan and a carrier of the positions of the Turkish president.

The seat was won in the midterm elections by the Democratic candidate, John Fetterman.

It’s official. I will be the next US Senator from Pennsylvania.

And I won’t let you down. Thank you.

Fetterman’s victory is seen as particularly significant as it gives another seat to Democrats, increasing their chances of winning control of the Senate for another two years.

Oz’s defeat brought relief to the Greek and Armenian diaspora, who had joined forces during the pre-election period.

Oz has adopted Erdogan’s foreign policy positions, such as non-recognition of the Armenian Genocide, and was expected to support efforts by the Turkish lobby in Washington to overcome congressional opposition to the F-16 sale to Ankara.

The 62-year-old was the only dual-citizen congressional candidate to have served in the Armed Forces of a foreign country, having volunteered for six weeks in Turkey’s military in the 1980s.

The TV star doctor and Turkish national also has his own star on the Hollywood Walk of Fame.

Facebook
Twitter
Pinterest
WhatsApp
Previous article
These are the new prices for the household basket – Georgiadis: We have serious reductions compared to the first week
Next article
US midterm elections: Malliotakis, Bilirakis, Pappas, Sarbanis re-elected