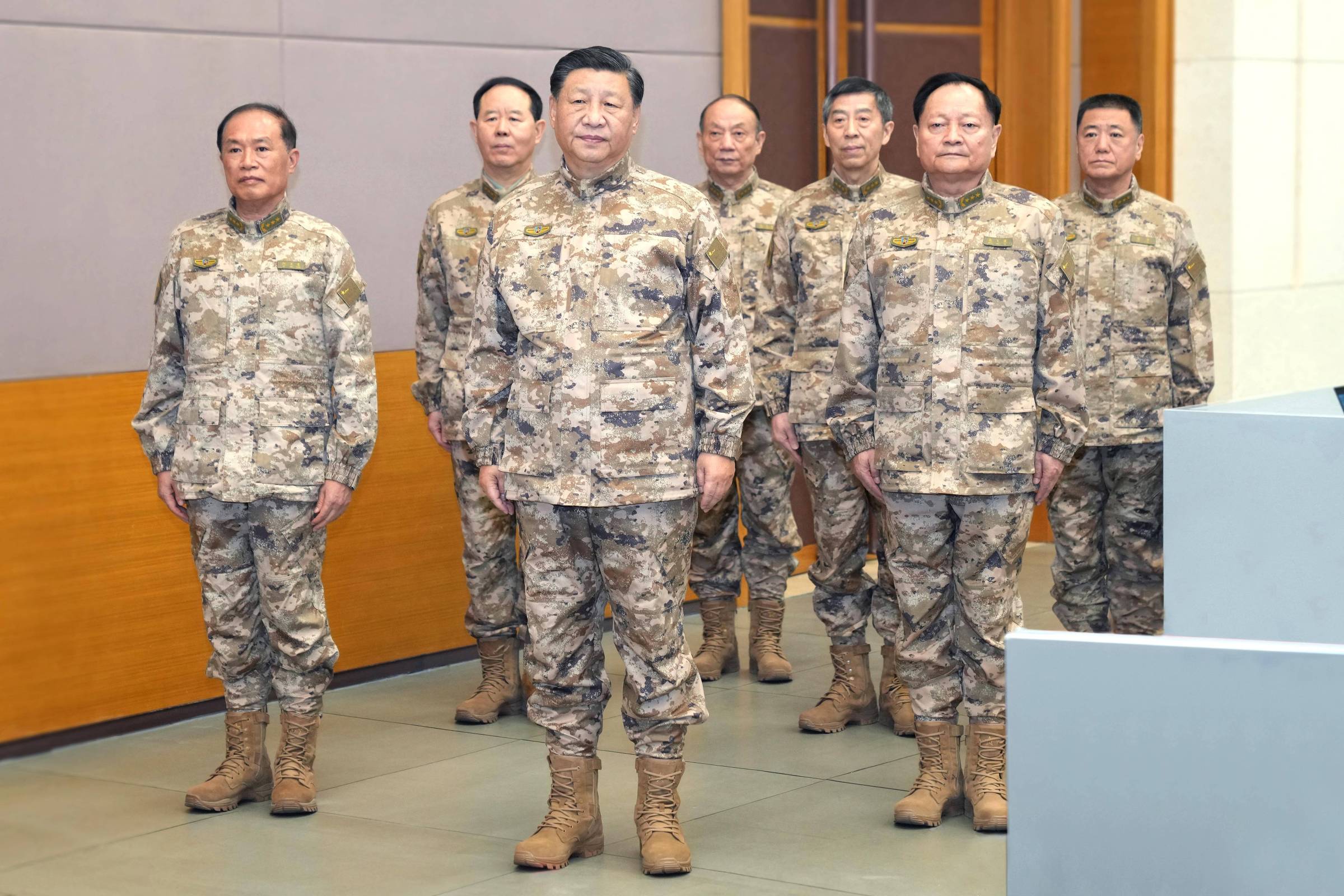 More than looking for foreign customers for the products, what the communist government seeks is to remind the United States that it is preparing for an eventual clash with its biggest strategic rival, particularly over the autonomy of the island of Taiwan.

The military exhibition takes place shortly before the meeting of the G20, a group of the most developed economies in the world, in Bali (Indonesia), on the 15th. There is great expectation that the American Joe Biden will meet the Chinese Xi Jiping, who has just received an unprecedented third term.

In addition to the Ukraine War, in which Xi can influence ally Vladimir Putin to negotiate, the menu of such a meeting would include easing relations – something that will still depend on the willingness of Congress after the Republican opposition fails to win the landslide victory expected in the elections of November. midterm this Tuesday (8).

In addition, the fair takes place at the same time that the US, Japan, India and Australia, members of the anti-China Quad group, are doing naval exercises along the Japanese coast. Malabar-2022 is the 26th edition of a maneuver that started with India and the US, and has expanded.

Tension between Beijing and Washington reached an all-time high this year when US House Speaker Nancy Pelosi decided to visit Taiwan, the autonomous island China considers its own.

It was the highest American official to visit Taipei in 25 years, an acknowledgment by the local government in both form and content —Pelosi came close to defending the island’s independence, which runs counter to official US policy, which is ambiguous: accept China as a single country, but it supports the Taiwanese militarily, including promising to help in the event of an invasion.

Since Cold War 2.0 was launched by the US against China in 2017, aiming to contain the growing assertiveness of the Xi-led regime, Taiwan has become the focal point of the struggle. Air raids against the island became weekly, if not daily, and peaked after Pelosi’s visit.

On Tuesday, a camouflaged Xi visited the all-powerful Central Military Commission, which he presides, and again instructed the Armed Forces to prepare for future wars. That’s where Chinese weapons come in. The main one was the 2PZD-21, an export version of the YJ-21, first tested in April but which had not been statically displayed.

It is a ballistic hypersonic missile, launched from H-6K bombers, similar to the Russian Kinjal, which has already been used in Ukraine. But it is a larger model, and it is not known whether it has nuclear capability like its Moscow cousin.

Experts put the weapon’s range at 2,000 km, which threatens any aircraft carrier groups that approach China. With a maximum speed estimated at 12 times that of sound, the missile is difficult to intercept.

It is even more effective, if its characteristics are as advertised, than the current generation of supersonic “carrier killer” missiles. In an eventual conflict around Taiwan, they would be weapons of first use against an eventual American navy.

The maritime environment is China’s number one strategic concern, as its industrial and economic strength depends on the entry and exit of goods through routes that can be blocked from a distance by a capable Navy, such as the American one.

There are several types of hypersonic weapons, considered part of the war of the future. Russians are ahead in the race, with two operating models, and China advanced with a controversial test last year. US is somewhat behind, seeking to accelerate programs.

Another piece of equipment on display for the first time was the latest Chinese attack drone, the Wing Loong-3. It is a robot plane capable of flying up to 10,000 km, which gives it intercontinental range that Beijing previously did not have.

It is a large device, 12 meters long and 24 meters in wingspan, which gives it the presumed capacity to carry up to 16 missiles and bombs. Again, a weapon to be used in the environment of the Western Pacific, today a strategic province of the US Navy.

The air show also featured industry stars in China, such as the J-20 stealth fighter jets and the Y-20 four-engine freighter. “Hundreds” of domestic orders were also announced for the country’s first large commercial aircraft, the Comac C919, which competes in the range of the Boeing 737 and Airbus A320.

Facebook
Twitter
Pinterest
WhatsApp
Previous article
Would you believe this chocolate milkshake is vegan? You only need five minutes to prepare it
Next article
Gal Costa: learn some curiosities about the singer, who died this Wednesday (9), at 77