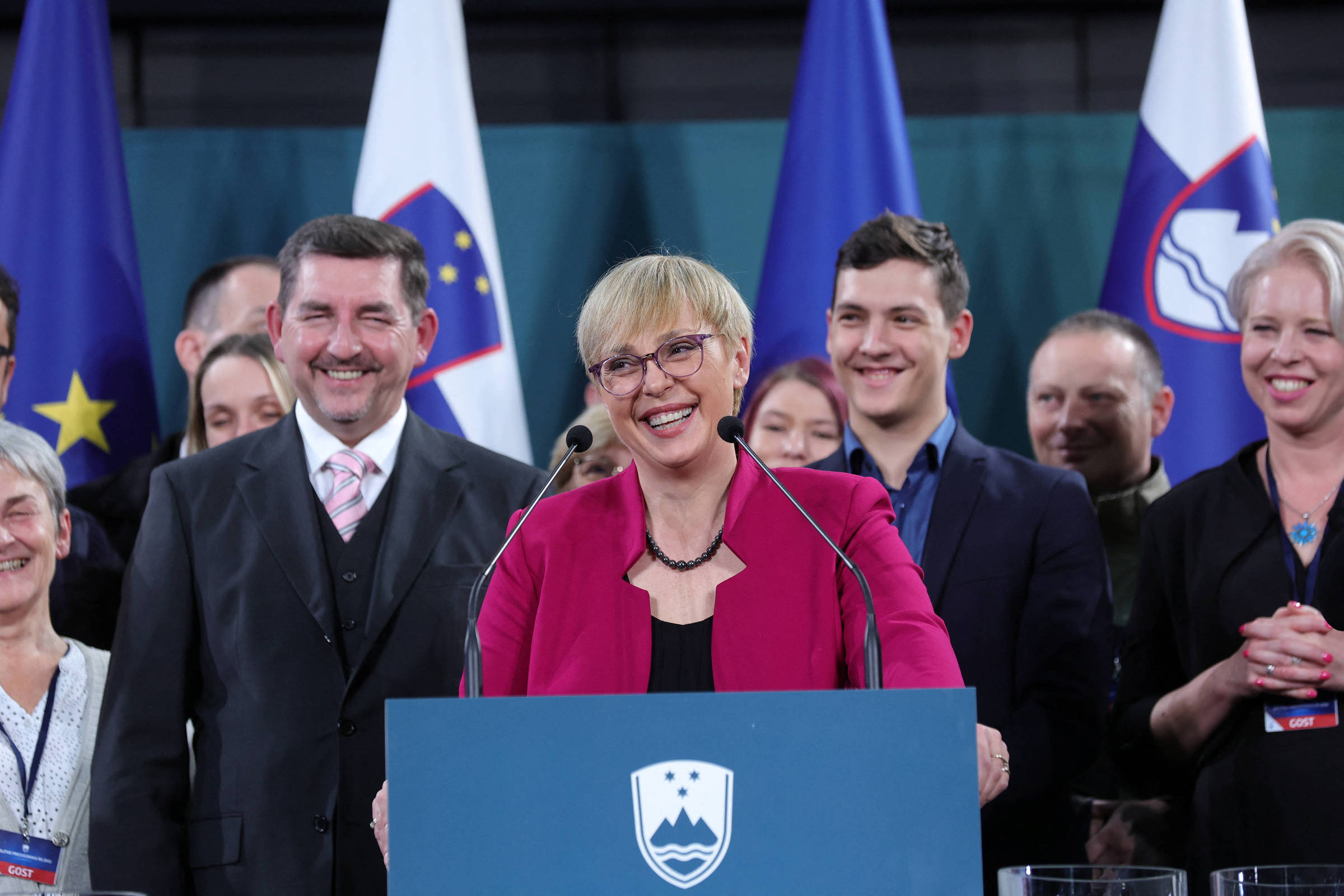 Lawyer Natasa Pirc Musar won the second round of the Slovenian presidential election this Sunday (13) and will be the first woman to be head of state in the country, according to preliminary results of the poll.

Data from the country’s electoral commission, with 86.7% of the polls counted, indicate that Musar, 54, received 53.8% of the votes, against 46.2% for his opponent, the right-wing Andze Logar, a former foreign minister. . The turnout was 49.9% of the electorate.

The former chancellor had won first place in the first round, played on 23 October.

“I will do my best to be a real president for all, to work for democracy and fundamental and constitutional human rights,” the politician told reporters in an interview after the results were released.

She called for unity and said her first action would be to “invite all political party leaders to the presidential palace”.

The office in the country is largely ceremonial, with the head of government falling to the prime minister — today Robert Golob. Even so, the president is the commander of the Armed Forces and is responsible for appointing several high authorities, including the head of the Central Bank – most of the time, upon later confirmation by Parliament.

“The president cannot be neutral, he has to have an opinion and be a moral authority,” she told the AFP news agency between the first and second rounds of the election. “I’ve never been afraid to make my voice heard.”

The new president of the European Union member and NATO, the western military alliance at the heart of the Ukraine War, will replace Borut Pahor, 58, a politician who has been active for 30 years. A former model who ruled for two five-year terms, Pahor is known as the “president of Instagram” for his frequent use of the social network.

“I hope the next president cares about us, the citizens, and represents Slovenia well,” Slovenian Uros Pinter told Reuters after voting in the capital, Ljubljana. “It was time we had a female president.”

His opponent Logar, 46, is a member of the far-right Slovenian Democratic Party, which is also affiliated with former prime minister Janez Jansa, who lost the April parliamentary election to Golob’s environmentalist Movement for Freedom party.

Logar’s campaign slogan was, “Let’s work together for the future.” He focused on speeches in defense of values ​​of the concept of “traditional family” and religion, in the country of 2 million inhabitants and Catholic majority.

Facebook
Twitter
Pinterest
WhatsApp
Previous article
Panel SA: Project that turns online gaming into an industry gains strength in the Senate
Next article
São Paulo wins, but does not qualify for Libertadores