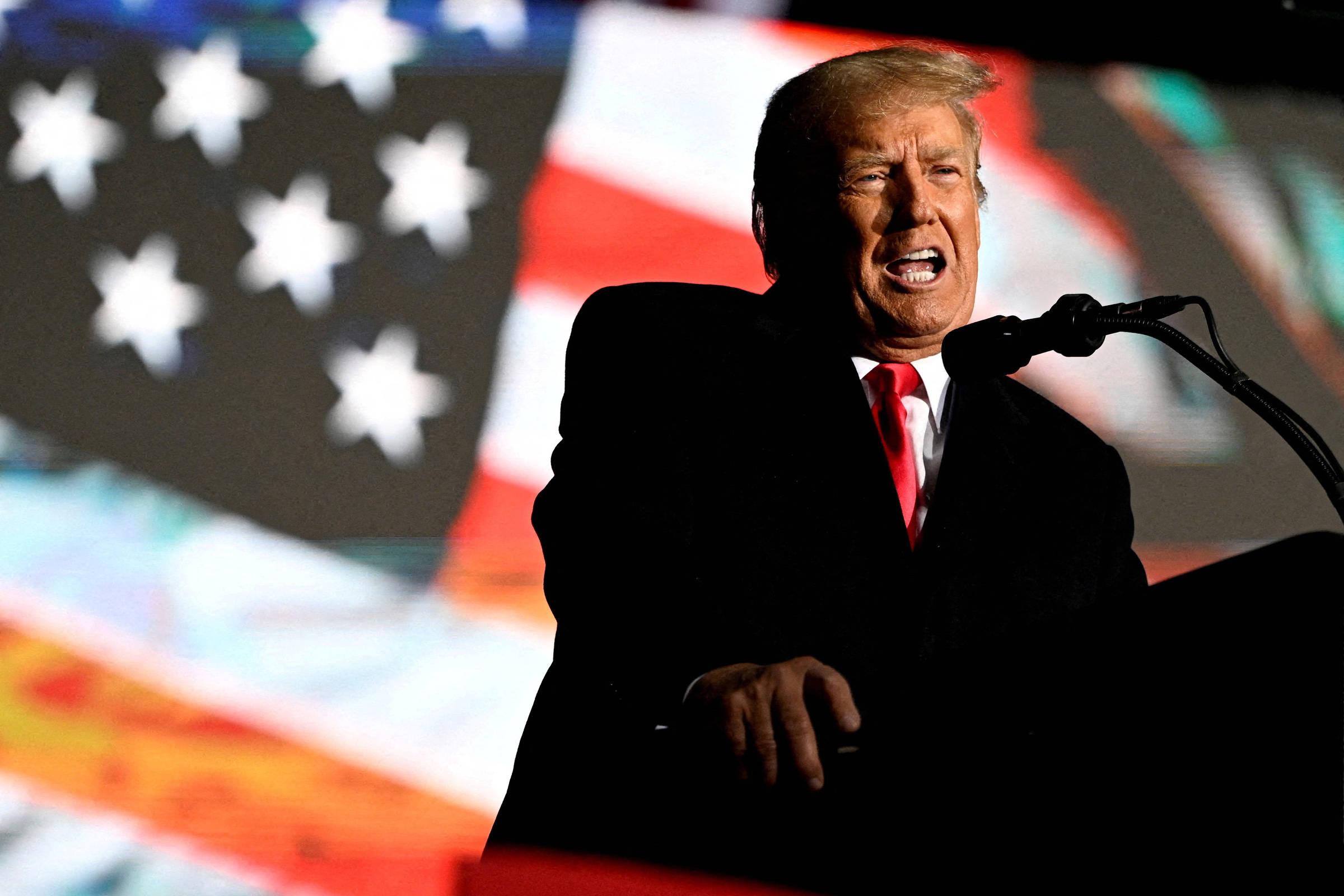 Trump announces candidacy for US Presidency in 2024

More Trumpist impossible. Contrary to expectations, the advice of allies and internal pressures within the Republican Party, Donald Trump announced this Tuesday night (15), at an event at the resort of Mar-a-Lago, that he will run for president once again from United States.

“The return of America starts right now,” he told supporters at the event.

The announcement comes exactly one week after the result far below expectations for Republicans in the midterms, the mid-term elections, which elected a series of governors and senators and renewed the House. That’s because there was an expectation of a Republican “red wave” that would give the party a majority in the Legislature, which never came. The Democrats managed to retain a majority in the Senate; in the House, the situation is still undefined, but the likely Republican majority will be much more modest than expected.

And it is precisely Trump who has been pointed out as one of those responsible for this.

The former president was unable to elect any of his candidates in the states considered essential to control the Senate: Pennsylvania, Arizona, Nevada and Georgia.

They all had staunch Trumpist Republican candidates, and, with the exception of Nevada, where Adam Laxalt was attorney general (a position he is elected there), none had political experience. TV presenter Mehmet Oz was defeated in Pennsylvania, and businessman Blake Masters lost in Arizona. The only open dispute is that of Georgia, which has a second round, but American football player Herschel Walker, supported by the former president, came in second in the first vote.

There were also defeats by Trumpists in gubernatorial elections in important states, the most recent in Arizona itself, where it lost TV presenter Kari Lake. In addition, a number of candidates who deny that Trump lost the 2020 election were also left out.

Of course, Trump has also had some victories in the last week, but all of them somehow expected, like the election of his former press secretary Sarah Sanders to the governorship of Arkansas. In addition, in Ohio, Trump managed to elect the bestselling author on finance JD Vance to the Senate, and placed a new and faithful name – who has already repeated the false allegations of fraud in 2020 – in the House.

But it is undeniable that the party underperformed and looked for someone to blame. Republicans accuse the former president of boosting, with a lot of money and political capital, bad candidates, far-right radicals and no experience in the primaries, which alienated voters at the time of the poll last week.

The most recent demonstration of this resistance came this Tuesday morning at the annual meeting of Republican governors that took place this Tuesday morning. At the event, former New Jersey governor Chris Christie, a former Trump ally, was heavily applauded as he blamed the former president for the party’s poor result in three straight elections – in the 2018 midterms, in the 2020 presidential and in the midterms. from the last week.

With all this, allies had been trying to pressure the former president to postpone the launch of the candidacy. Trump wanted to have it announced in the middle of the midterms, but was persuaded to wait for the result. Then there was the pressure to wait for the second round to be decided in Georgia, on December 6th. But Trump ignored it and warned the press that he would make the big announcement this Tuesday.

With the announcement, Trump seeks to make a stand and remove his opponents within the party, most notably Ron DeSantis. The governor of Florida has just been re-elected with significant force, with almost 20 percentage points ahead of his opponent, which has consolidated him as his main name after the former president within the party. Trump knows that DeSantis is a strong rival and has already given a series of warnings to his supporter that he should not run against him. The most recent, last week, sounded like a threat: “I would say a lot of things about him that are not very flattering. I know more about him than anyone,” he told Fox News.

Another person Trump seeks to remove with his announcement is his vice president between 2017 and 2021, Mike Pence – today seen as a traitor by Trumpist radicals for not embarking on the coup attempt to prevent Biden’s inauguration. Pence is on tour promoting his new book, “So Help Me God,” and has given interviews indicating he is considering running in the upcoming election.

There are still other names with less traction, such as that of congresswoman Liz Cheney, daughter of the powerful vice-president Dick Cheney (2001-2009), who was obliterated and lost the party’s primaries this year after taking a firm position against the former president in Congress.

In addition, with the announcement of the next election two years away, Trump also seeks to embarrass the investigations he is the subject of at the Department of Justice, for his participation in the invasion of the Capitol on January 6 and for taking top secret documents to his home in Florida after left office. Trump thus tries to paste the idea that the investigation is a political maneuver by the Biden government against an electoral opponent.

Even if it seems weakened now, two years is an eternity in the political world, and anything can happen to the former president until 2024, when he will be 78 years old – including seeing the judicial processes advance. Until then, he also needs to find the best way to talk to the electorate, which in the last week has shown itself to be less tolerant of radical candidates.

In any case, Trump still enjoys domestic support. An exit poll conducted by CNN on polling day last week showed that 77% of voters identified with the Republican Party have a favorable view of the former president. That number, however, drops to 30% among voters who say they are independent — and to 4% among those who identify with Democrats.